It’s a city that’s always been on my bucket list and having never visited Morocco before it really intrigued me. The thoughts of treasure hunting in the souks, being pampered in a traditional hammam, exploring ancient palaces and wandering the mystical medina were certainly more than tempting. So my bestie and I booked a 5 trip at the end of last summer and off we went! 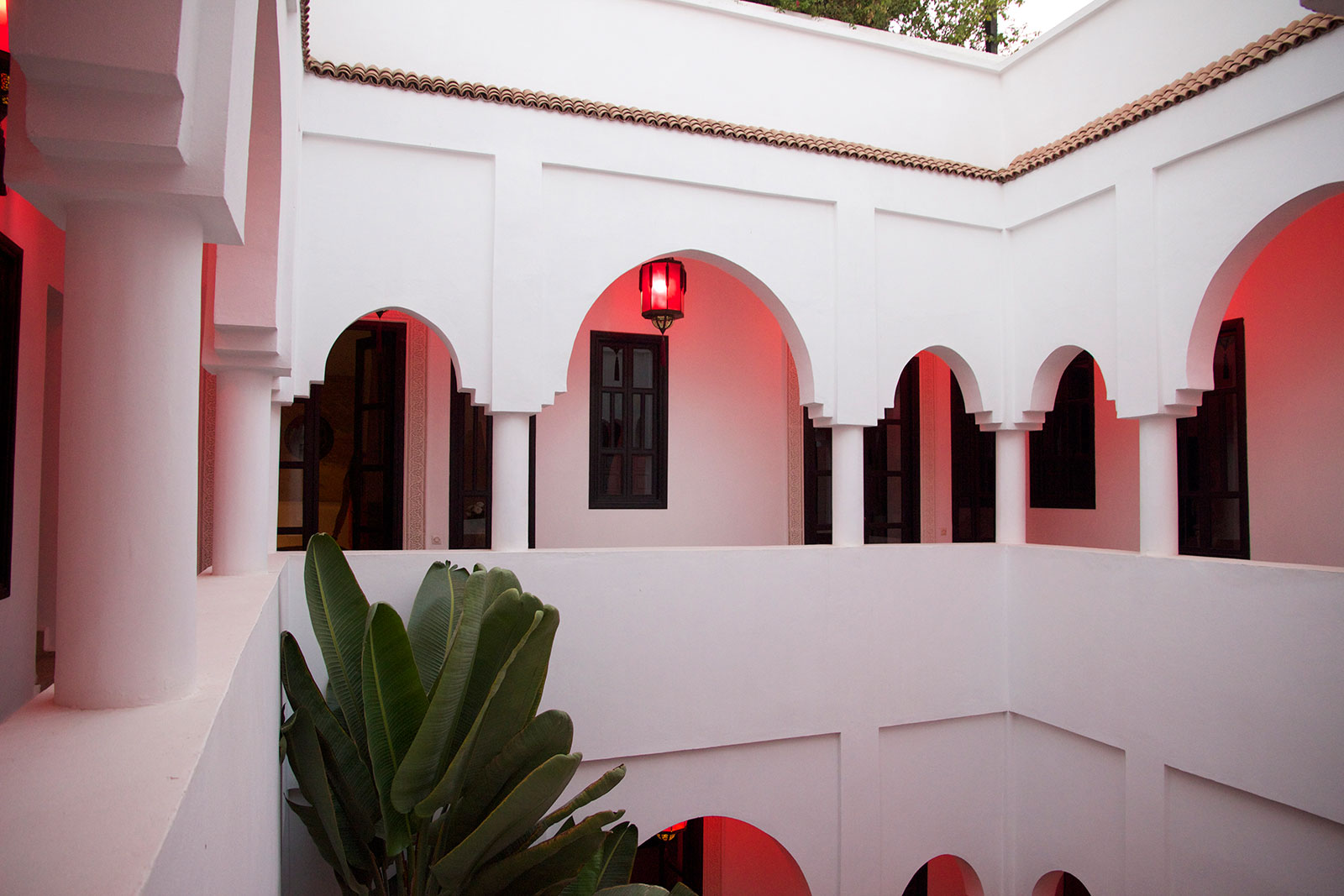 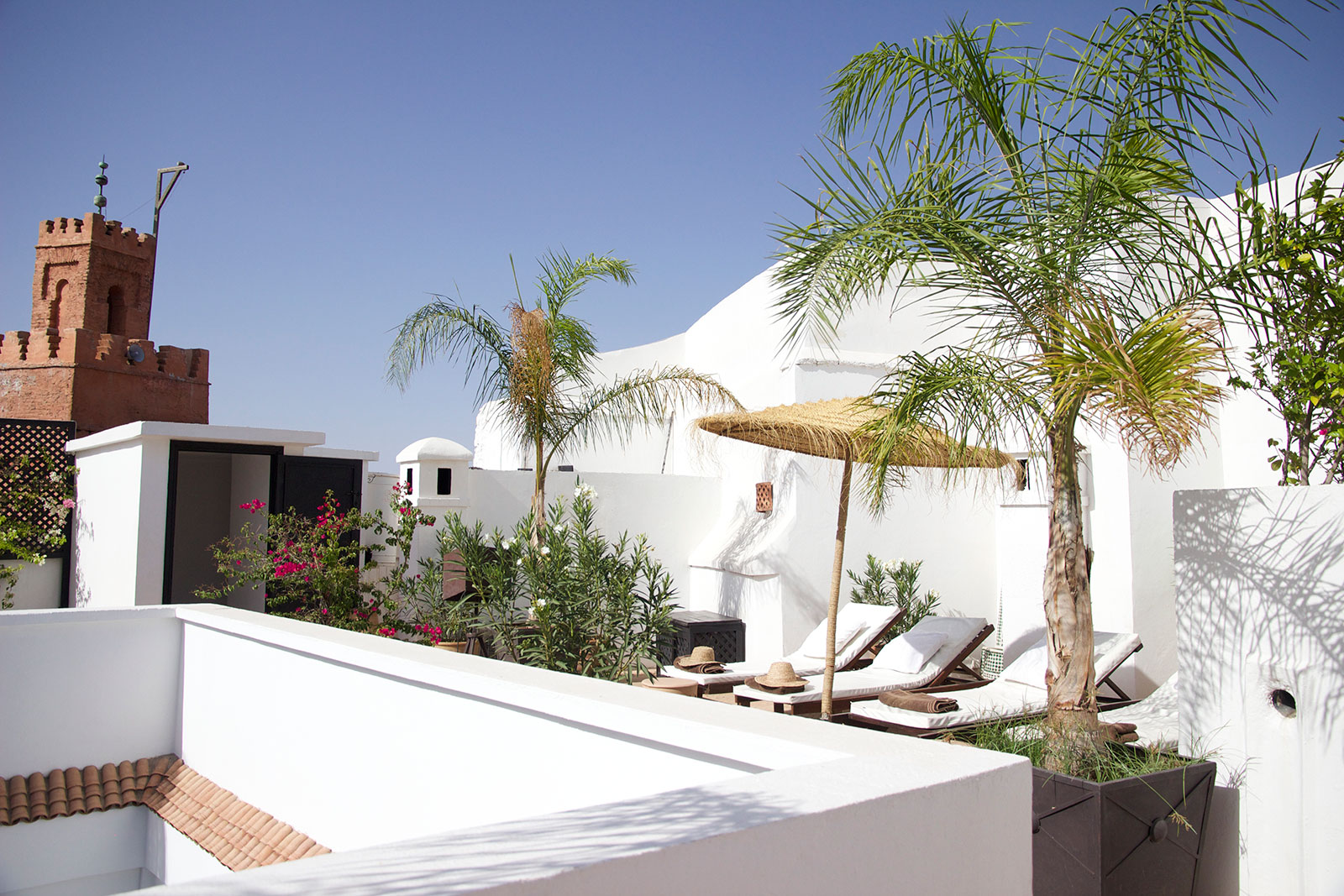 There’s two types of accommodation in Marrakech. The large 5 star luxury retreats in the tree-lined avenues of the new town, or the traditional Riads (Moroccan palaces with a interior courtyards) within the old town. We booked in at Riad Capaldi, for a real Marrakech experience — lured by it’s authentic location in the medina (old town), sun splashed courtyard and the panoramic roof terrace for views of the Atlas mountains. 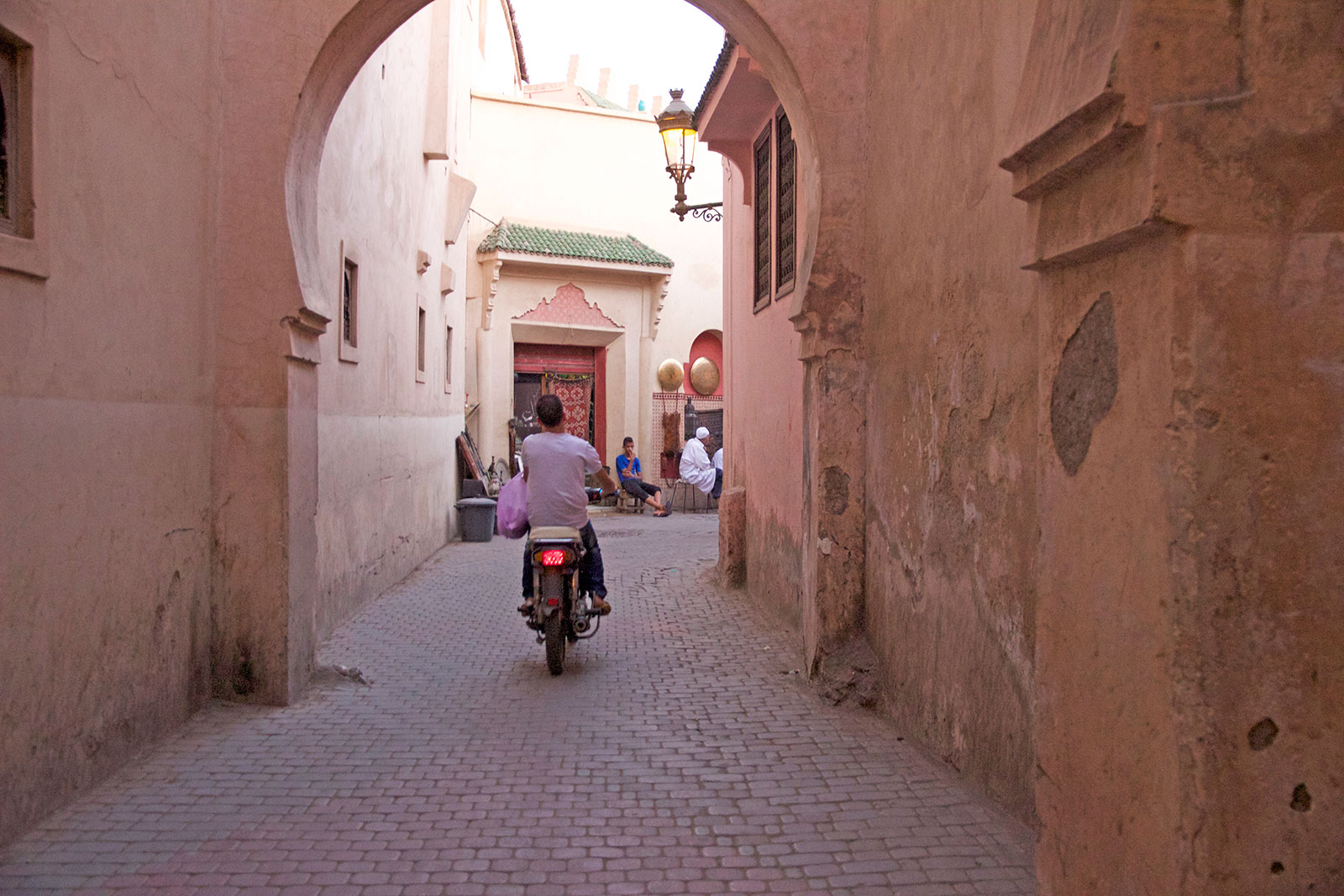 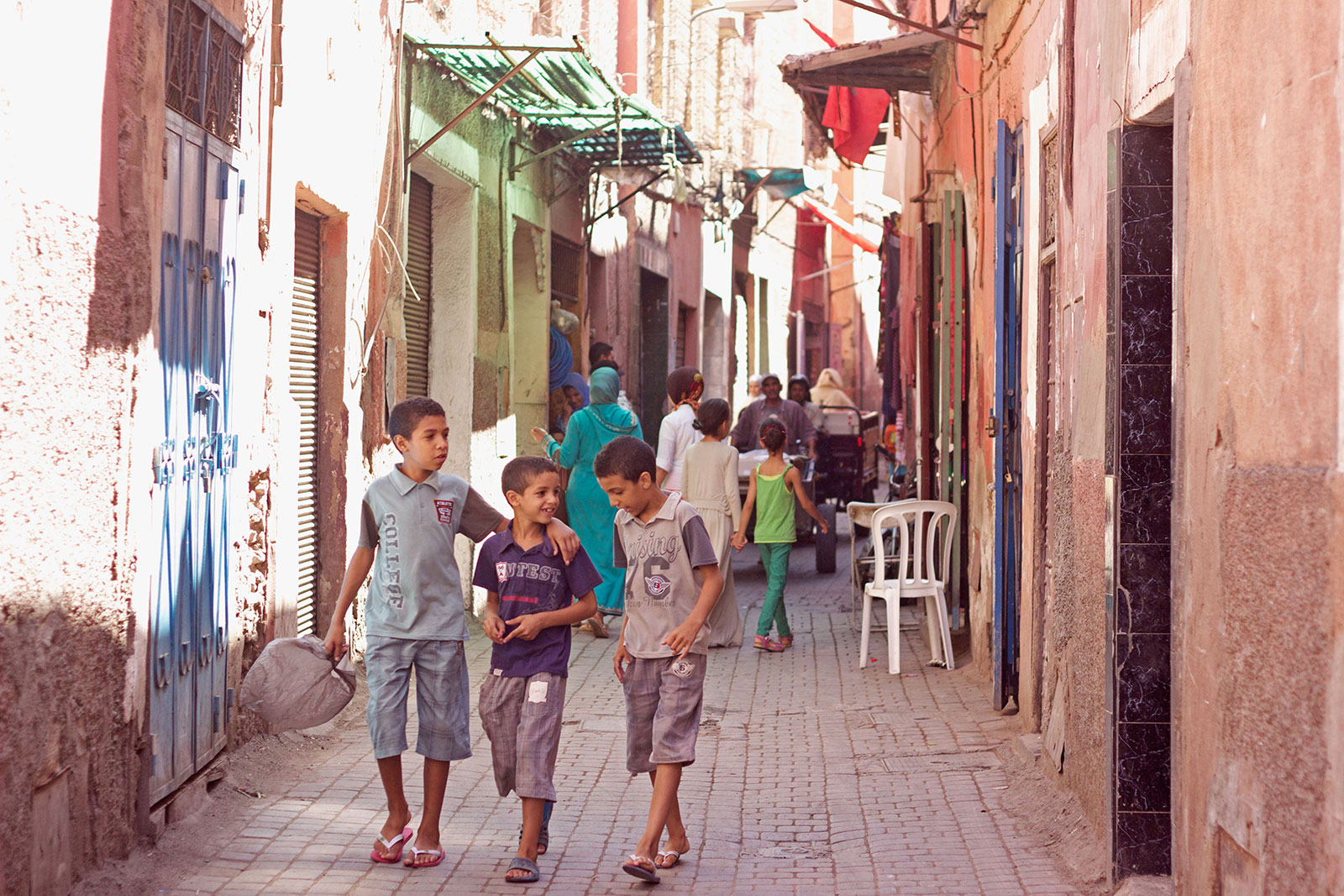 I can only describe the riads as a hidden oasis from the vibrant and chaotic medina (they really are two extremes!). Only accessible by foot or bike, the riads hide behind inconspicuous doors on winding, maze-like alleyways. 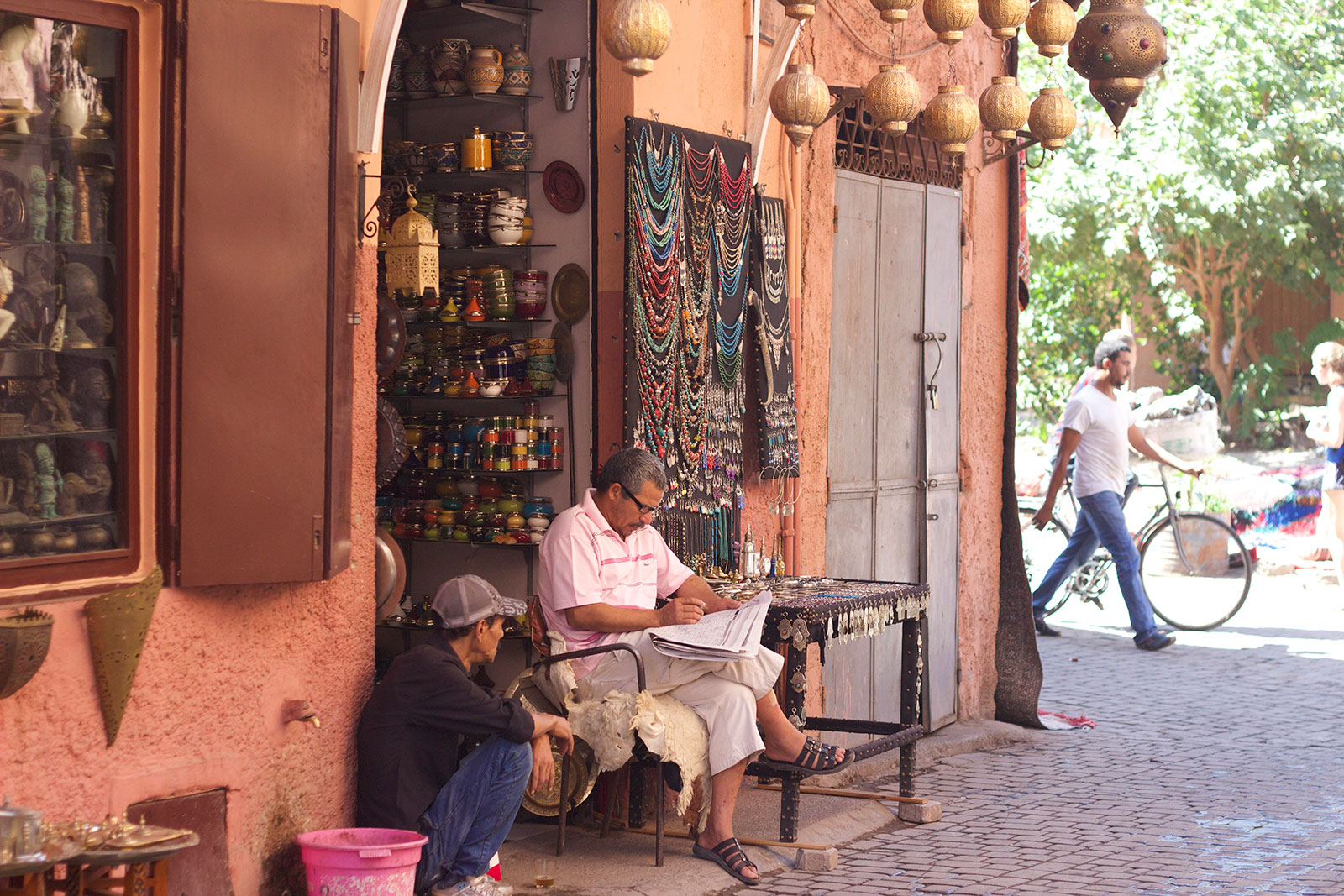 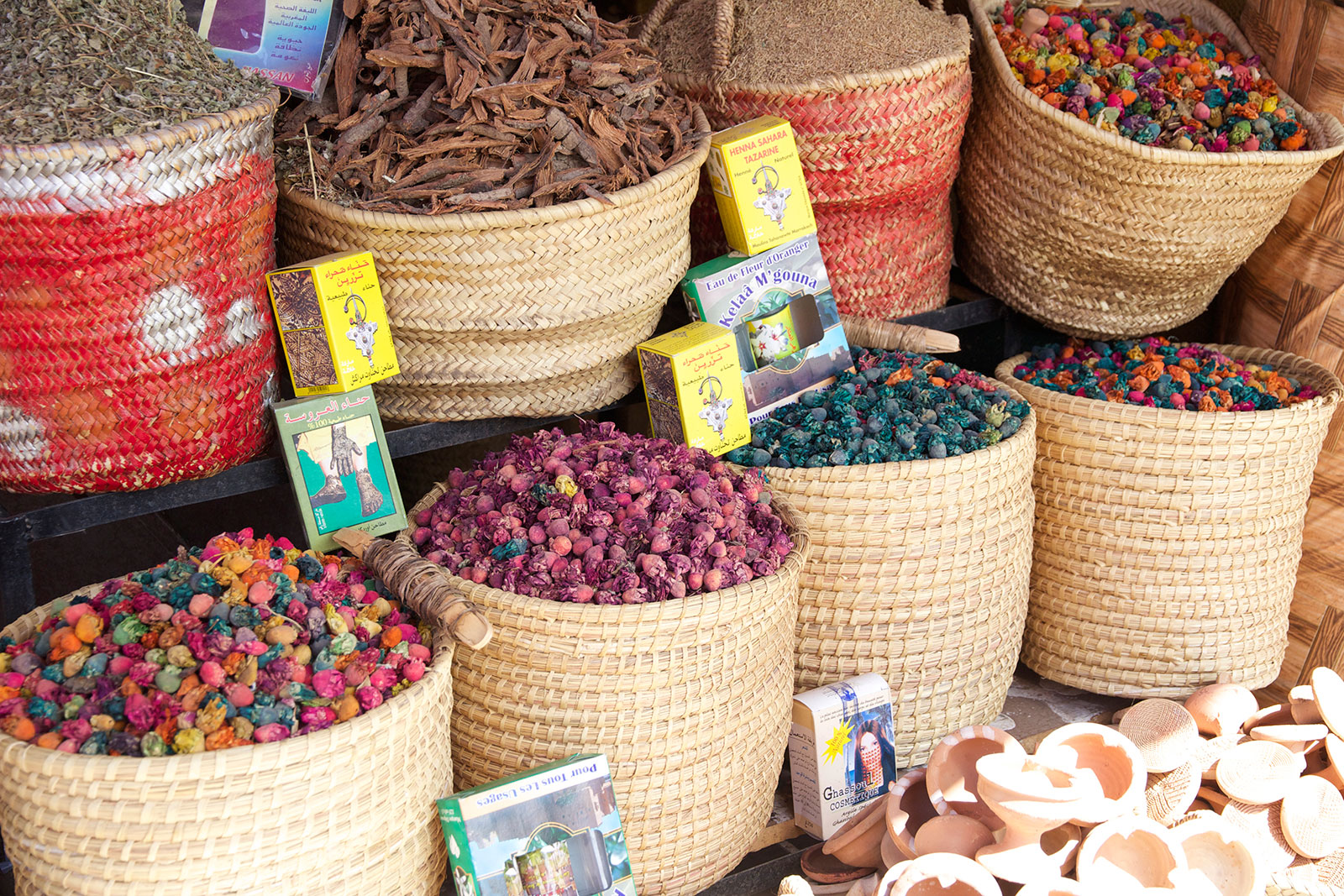 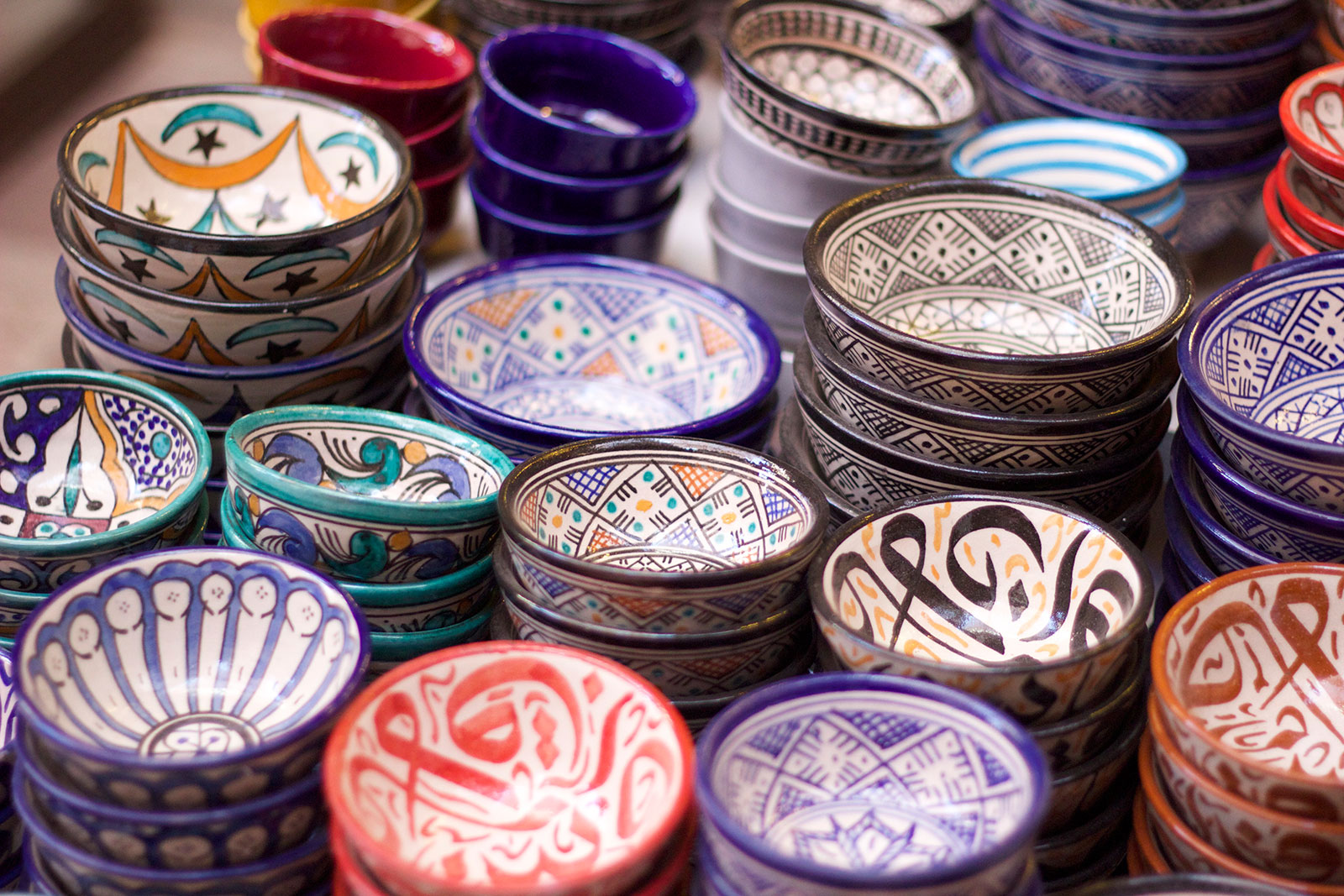 On searching for treasures, the souks are a labyrinth of stalls selling everything from exotic spices, [magic] carpets and iron lanterns. I’m generally pretty good with a map and my natural sense of direction but time after time we got lost — each turn leading to another merchant inviting us to his stall to sell us something we didn’t want to buy! That said, we soon learnt we quite enjoyed the art of haggling. As a rule of thumb we went in at 1/3 of his price at opening bid. Although I’m pretty sure we still got ripped off a few times, and I’m not entirely sure my wrought iron lamp looks quite as fitting in my Hackney dwellings as I’d first imagined… 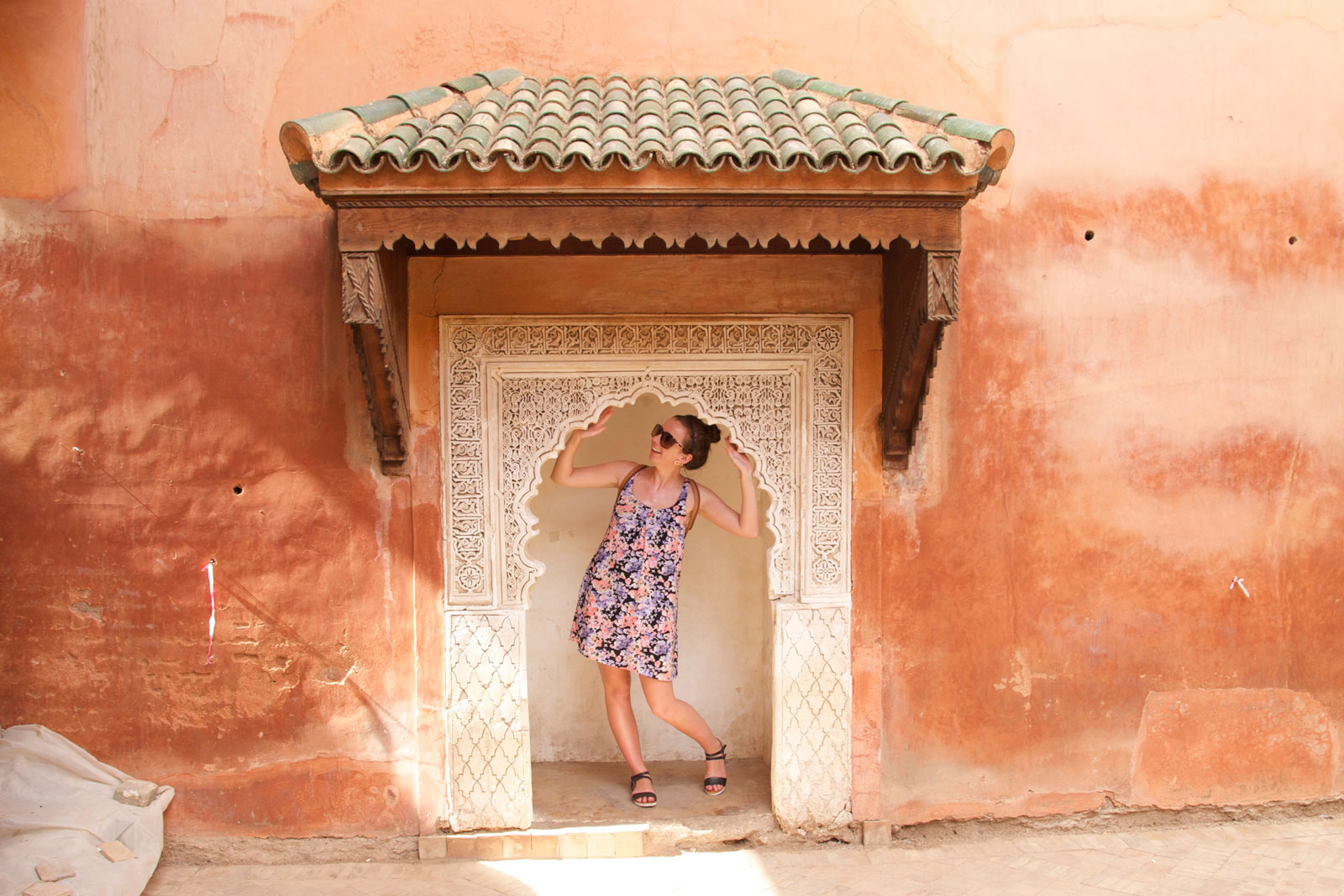 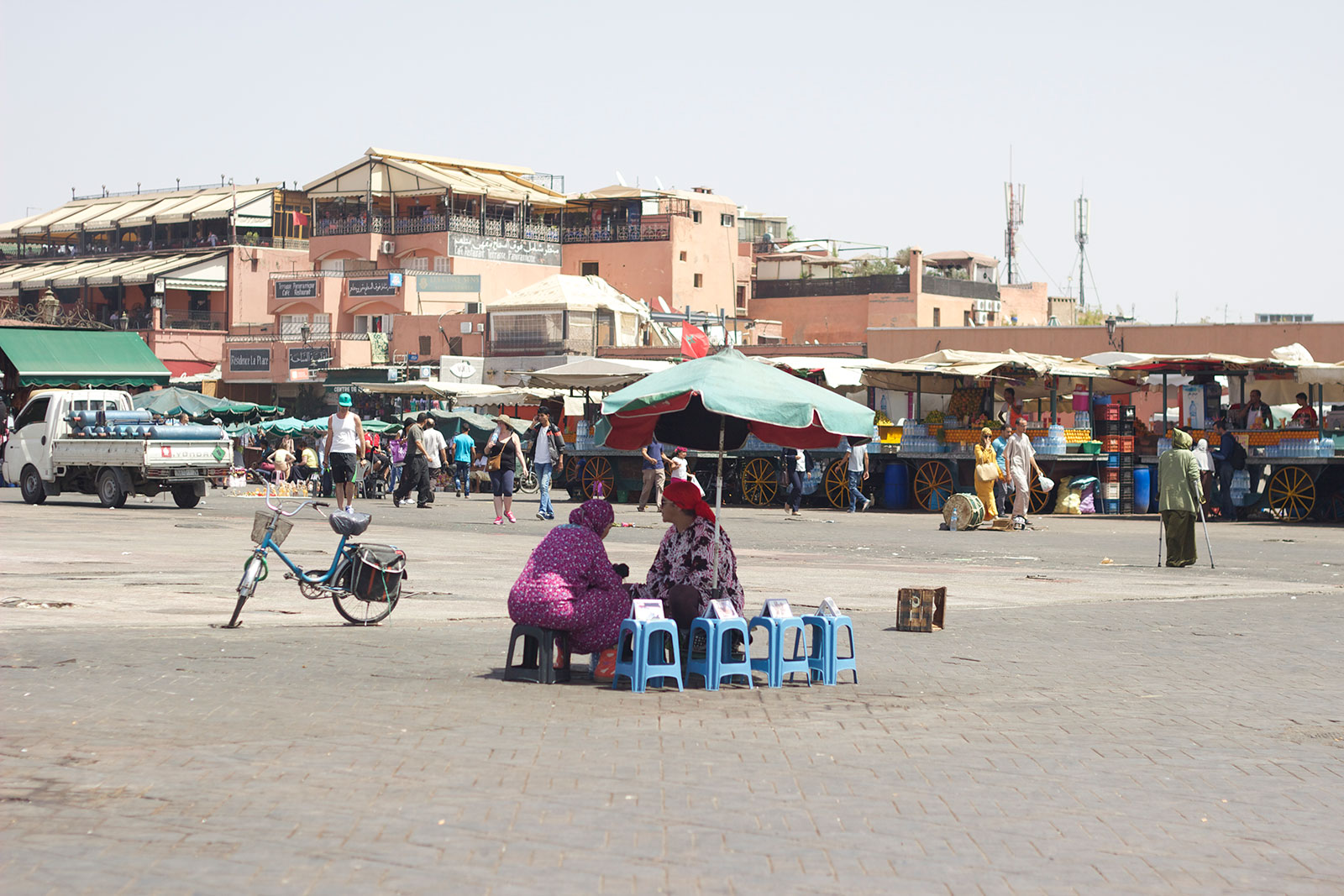 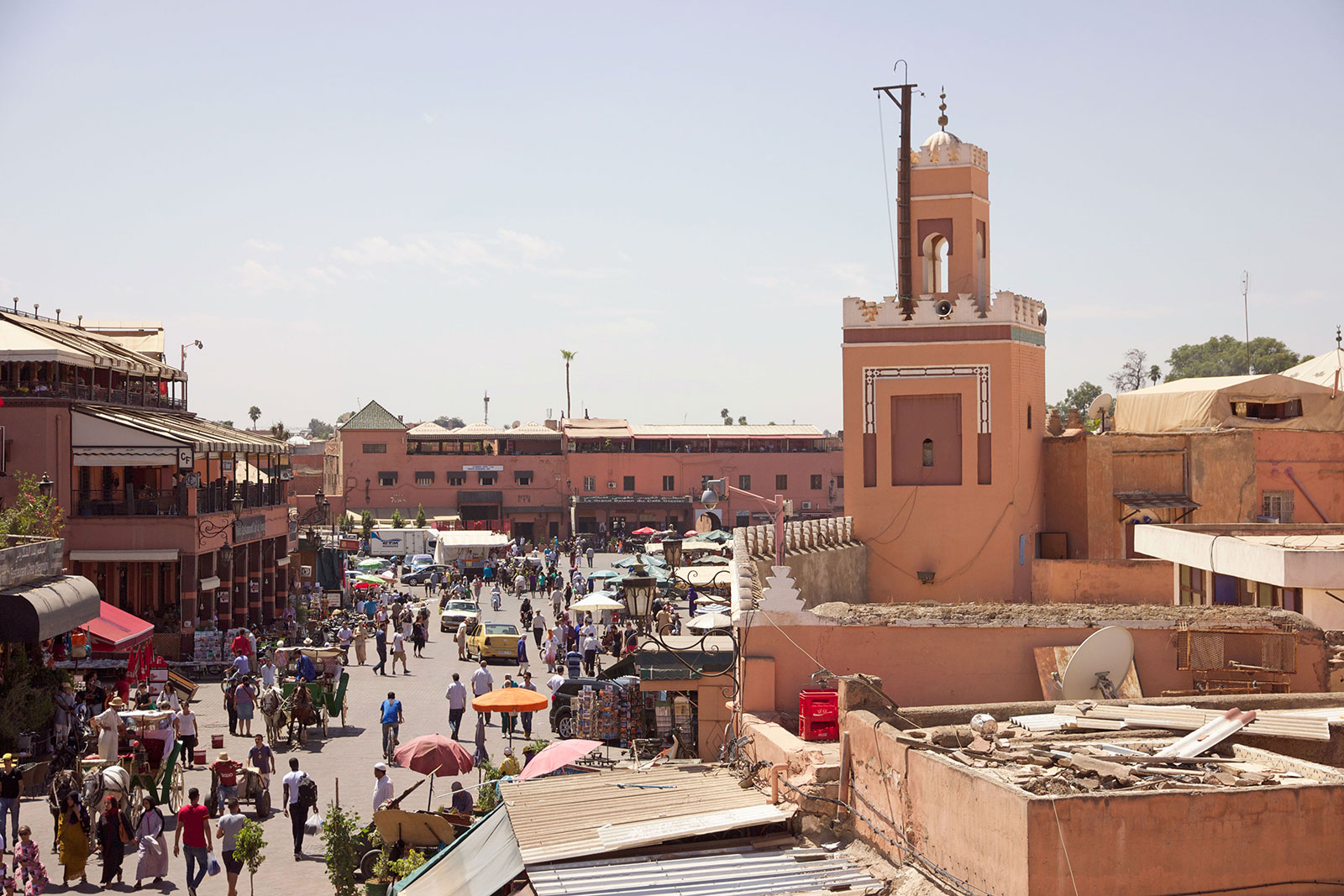 Getting lost is pretty much a given for Marrakech tourists. Djemaa el-Fna (otherwise known as “big square”) sits at the heart, with snake charmers, henna tattooists, acrobats and storytellers performing daily — almost like it’s an open air circus. It’s dusty and noisy and attacks the senses in more ways than I could even explain. Our hosts at the Riad had advised us not to eat or drink anything from the market, so we did a whistle-stop tour to tick it off the list and searched for somewhere quieter, cleaner and shaded! Roof top restaurants were a saviour. 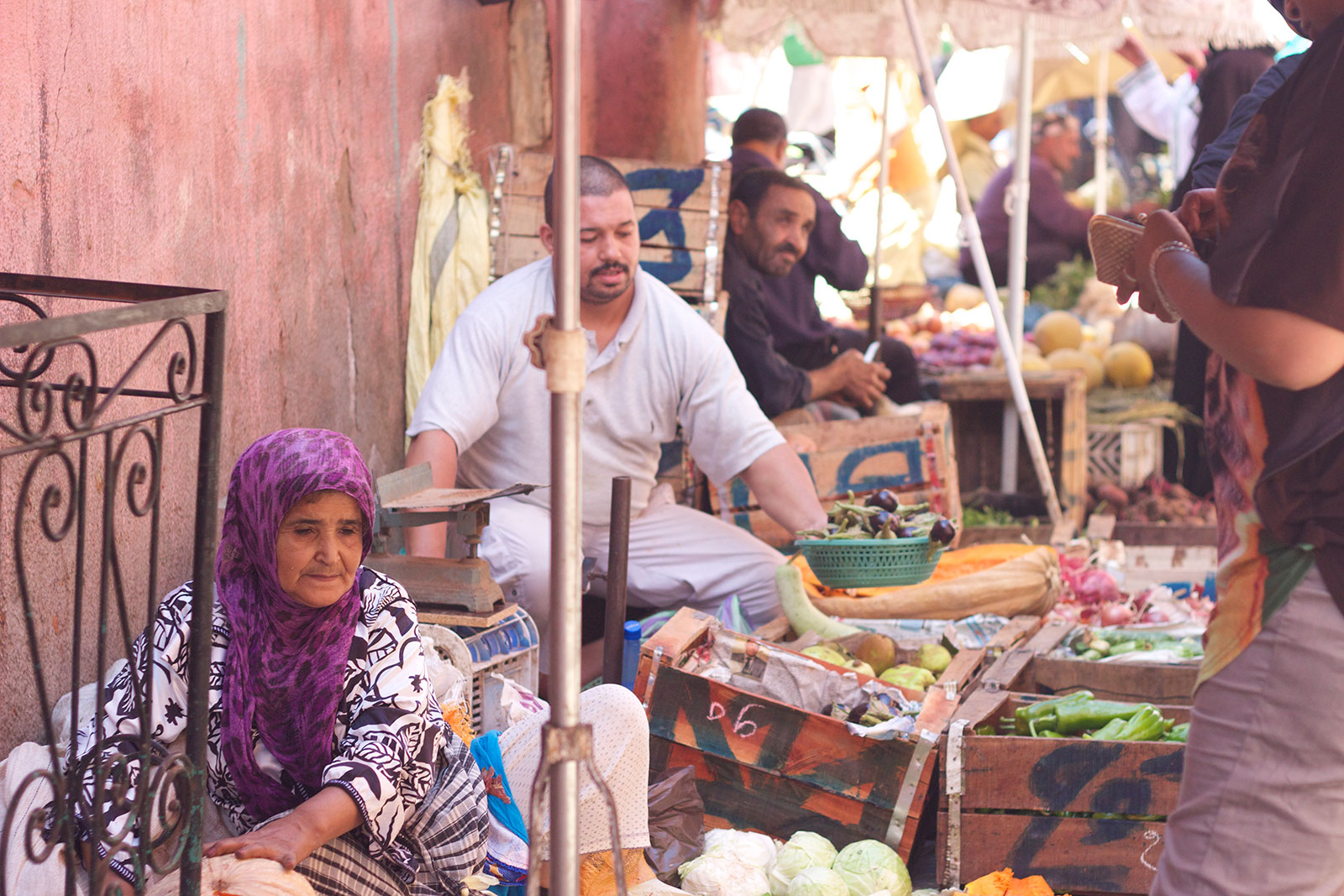 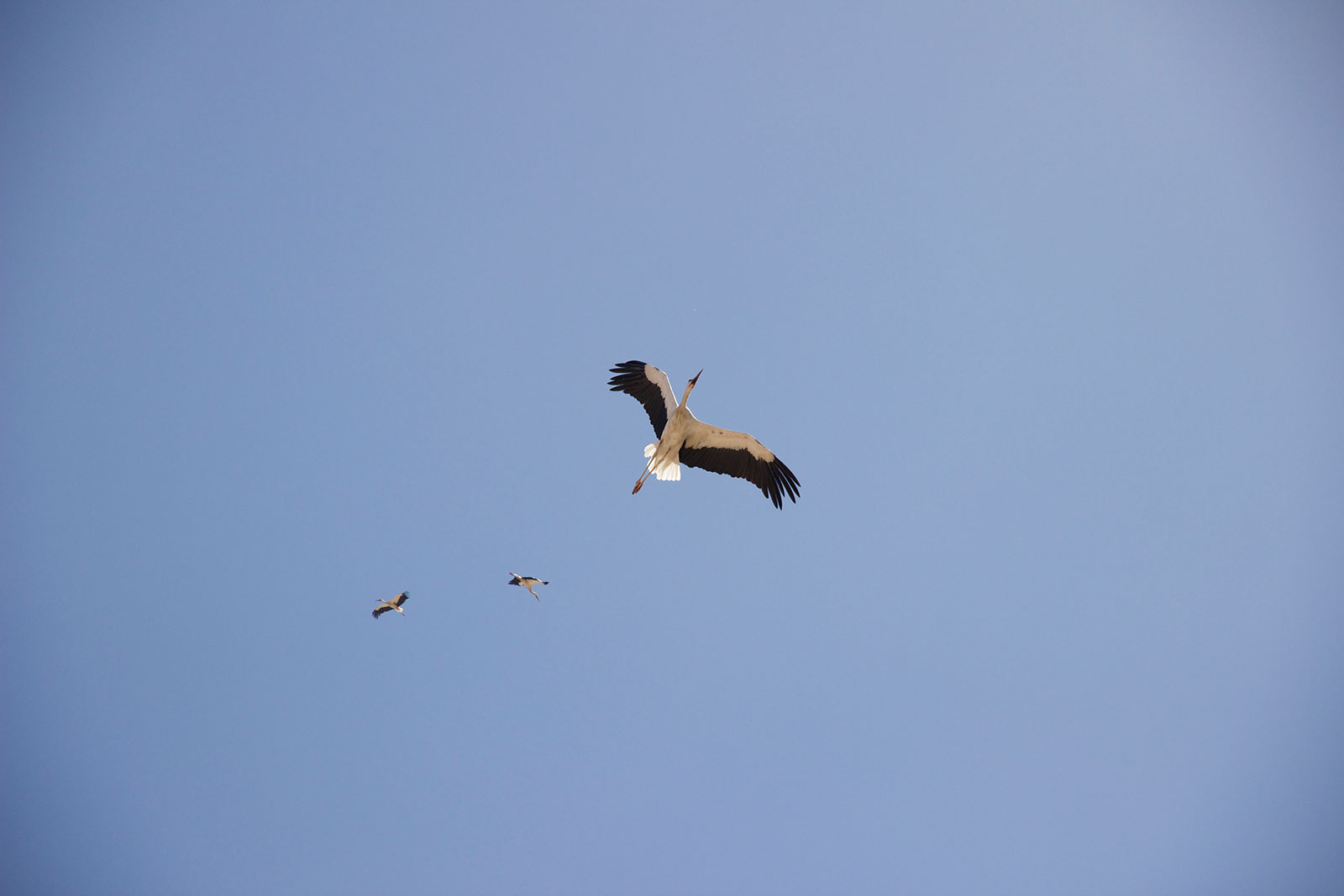 I’ve done my fair share of city breaks and have often travelled without a male, but there was something about Marrakech that made me feel uneasy about that. It can be an intimidating place for two young female travellers and even our Riad recommended we didn’t stay out until dark! 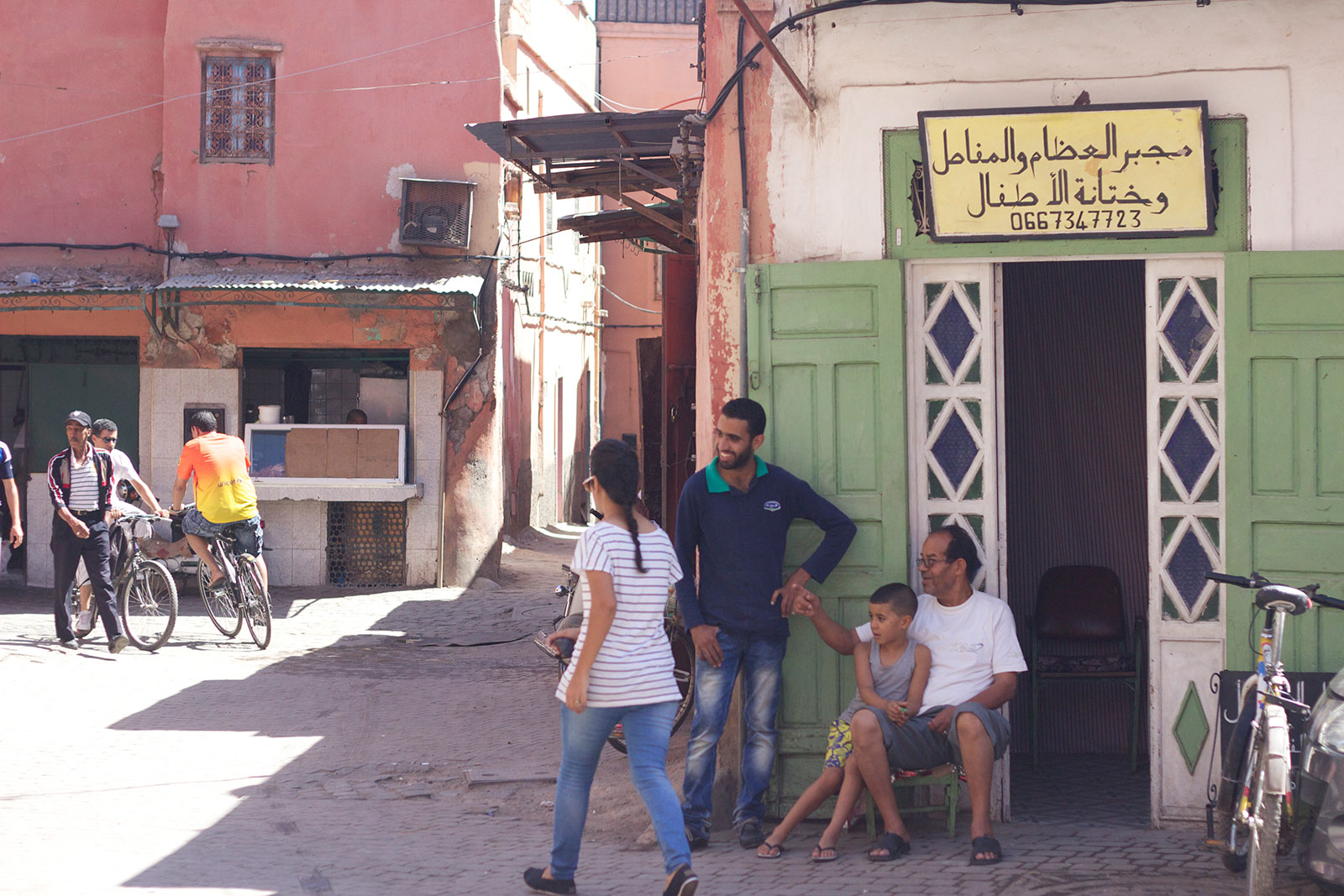 Determined not to have a curfew we plotted restaurants on a map, wrote down instructions, downloaded Google maps and felt confident in our quest to find said restaurant which should’ve been a simple 5 minute walk away. It was a losing battle… 40 minutes later and we’re totally lost, even Google maps lost its sense of direction. Locals offer directions in return for money, young children try pull your hand the opposite way you’re heading… we eventually (somehow) found our way back to our riad with our tail between our legs. Bada, one of the staff, then walked (escorted?) us round the corner and a few mins later we arrived for dinner… hungry and needing wine! I’ve never felt so anxious in my life. We were thankfully to have Bada escort us to and from the restaurants for the following evenings but it did strip us of our independence really. 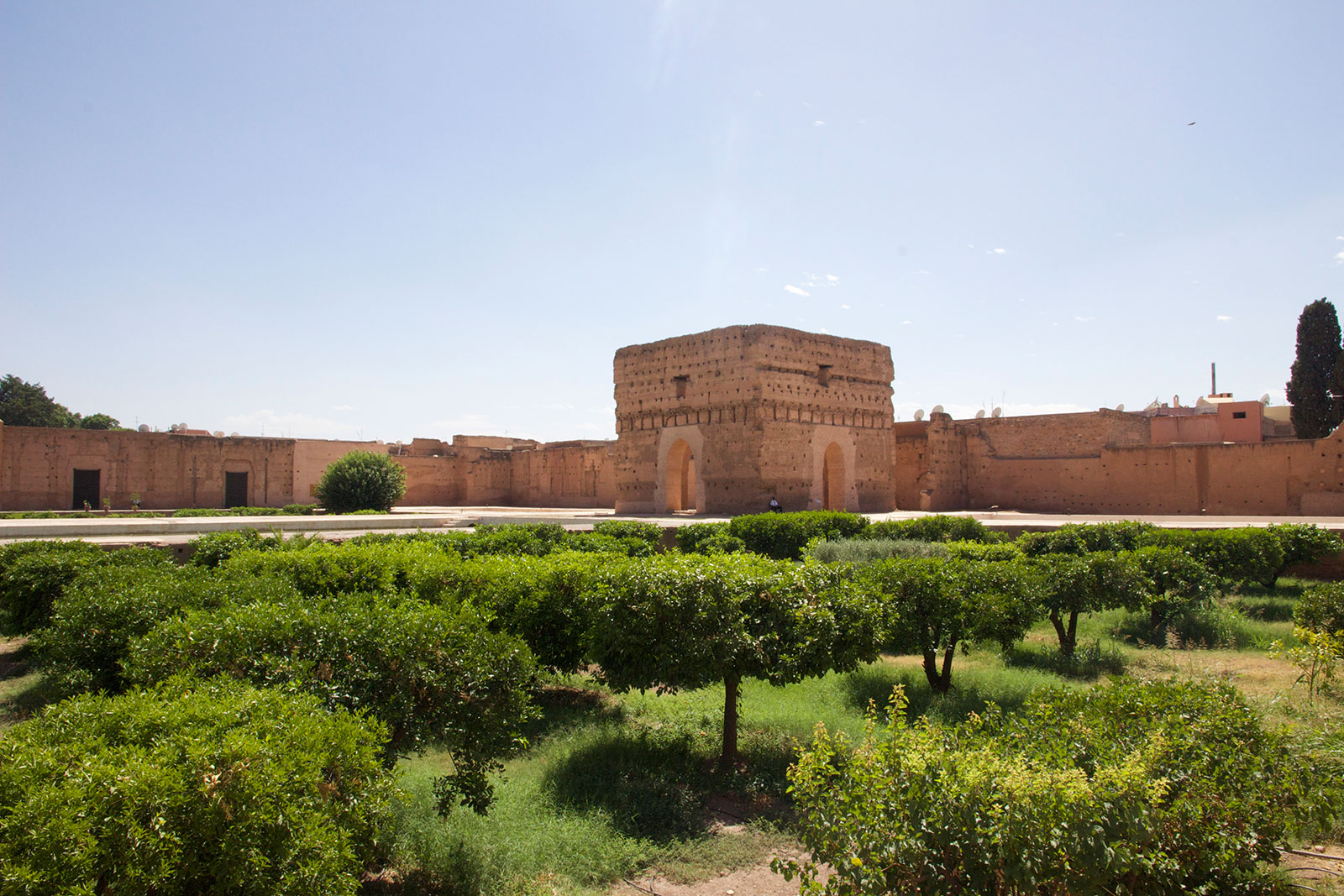 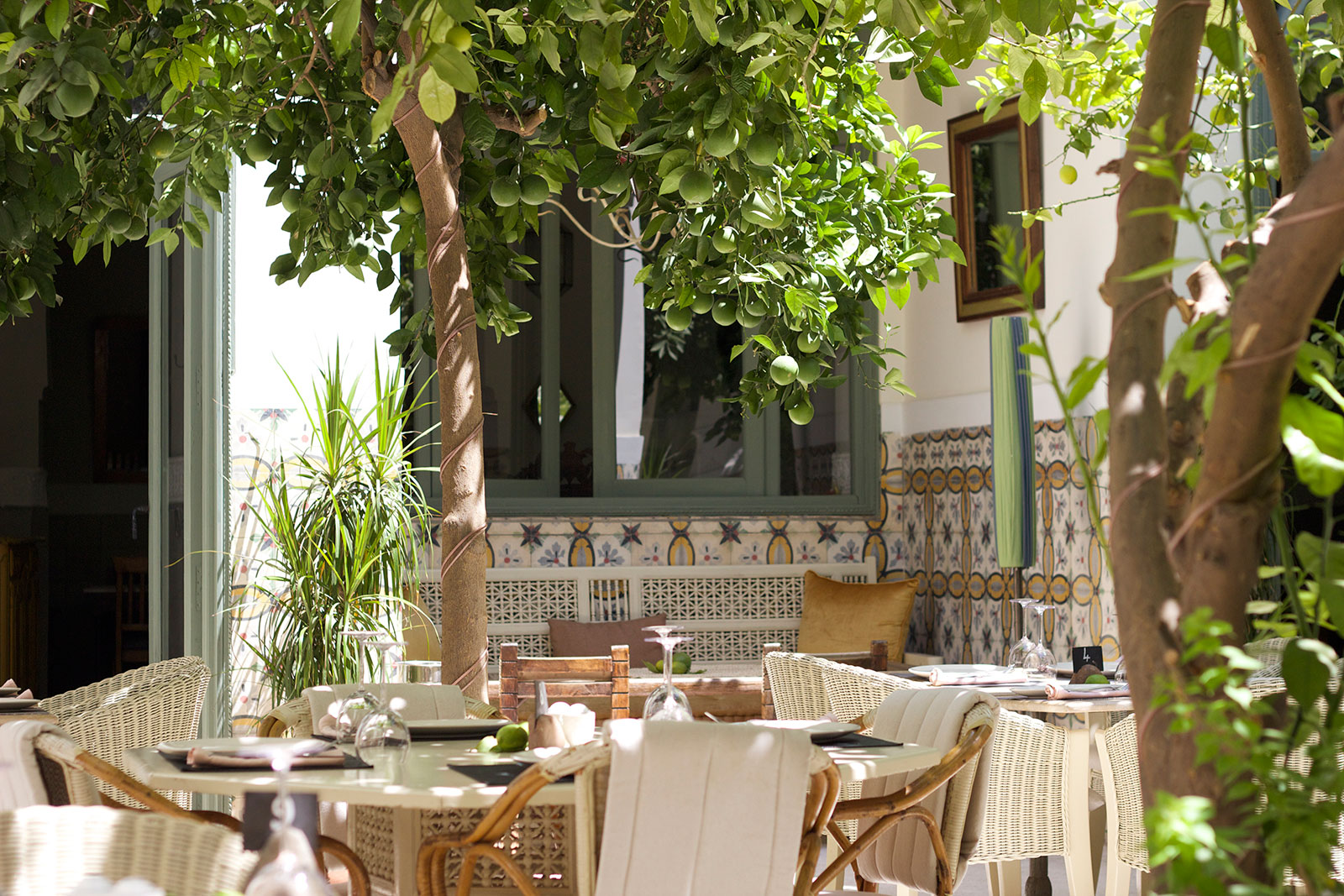 There is plenty of places to escape and unwind from the madness of Marrakech during the daytime though. One of our favourites was the green cacti garden of Jardin Majorelle, gifted by Yves Saint Laurent. The garden also houses the Islamic Art Museum of Marrakech, whose collection includes North African textiles from Saint-Laurent’s personal collection as well as ceramics, jewellery, and paintings by Majorelle (who had designed the garden in the 1920s). 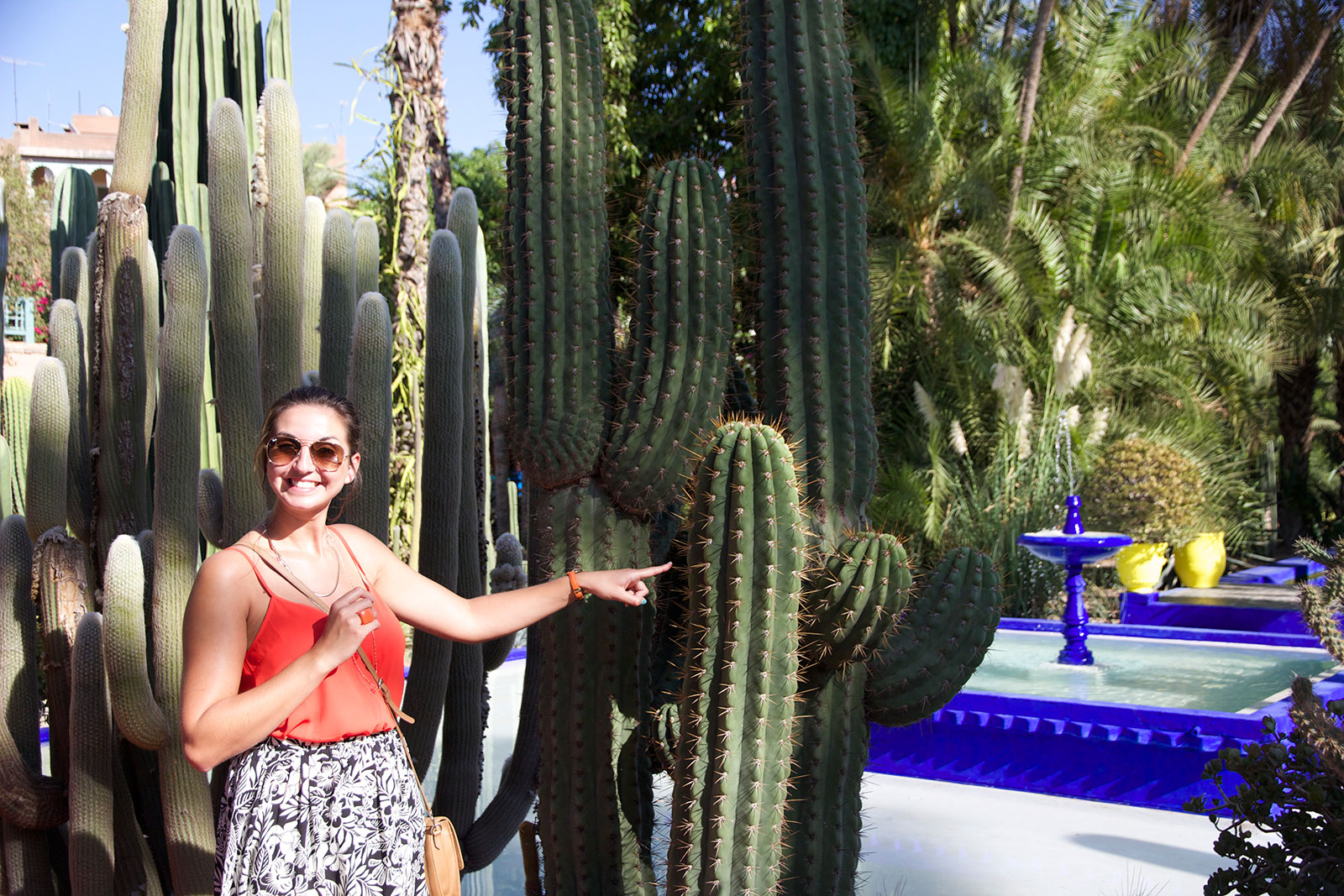 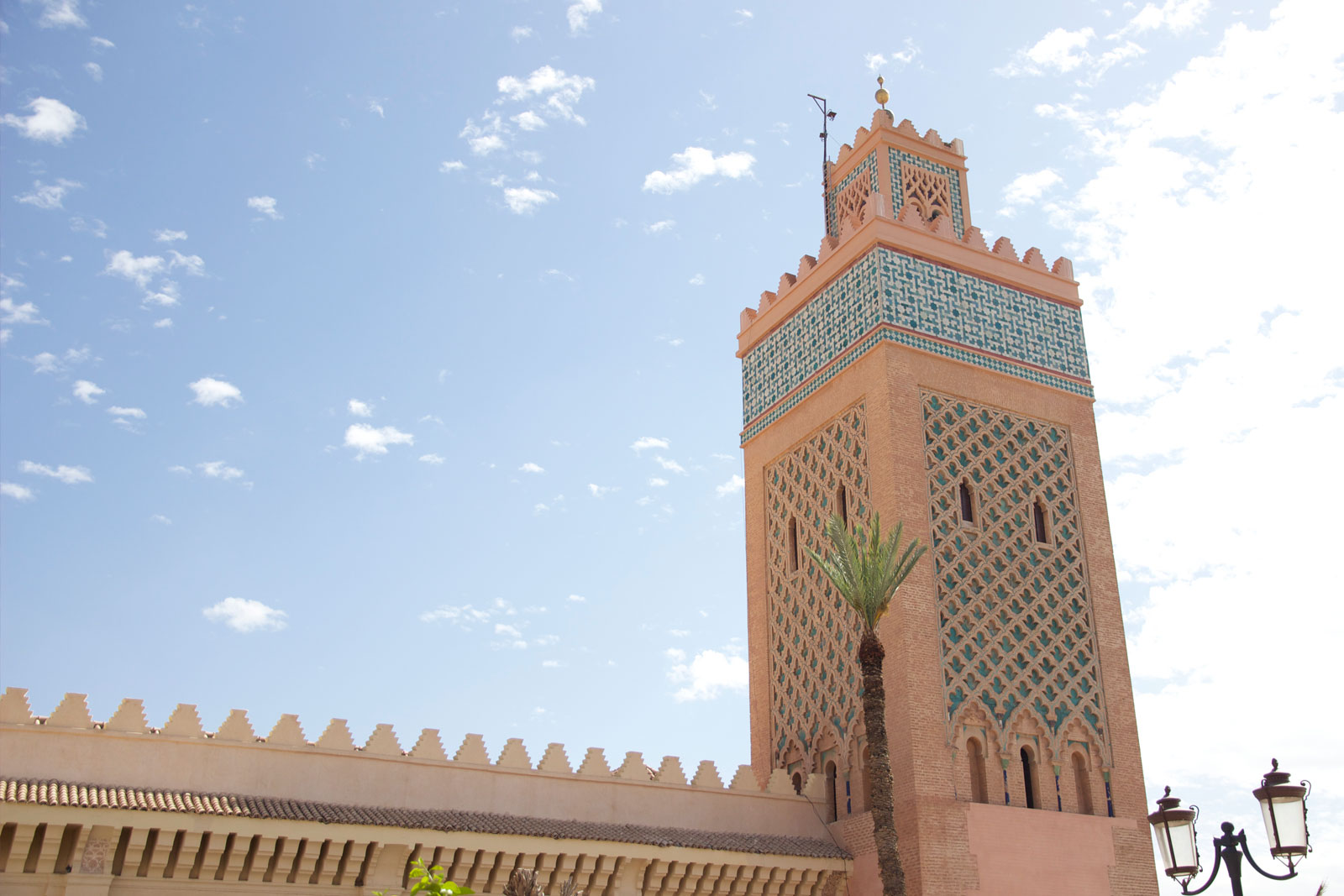 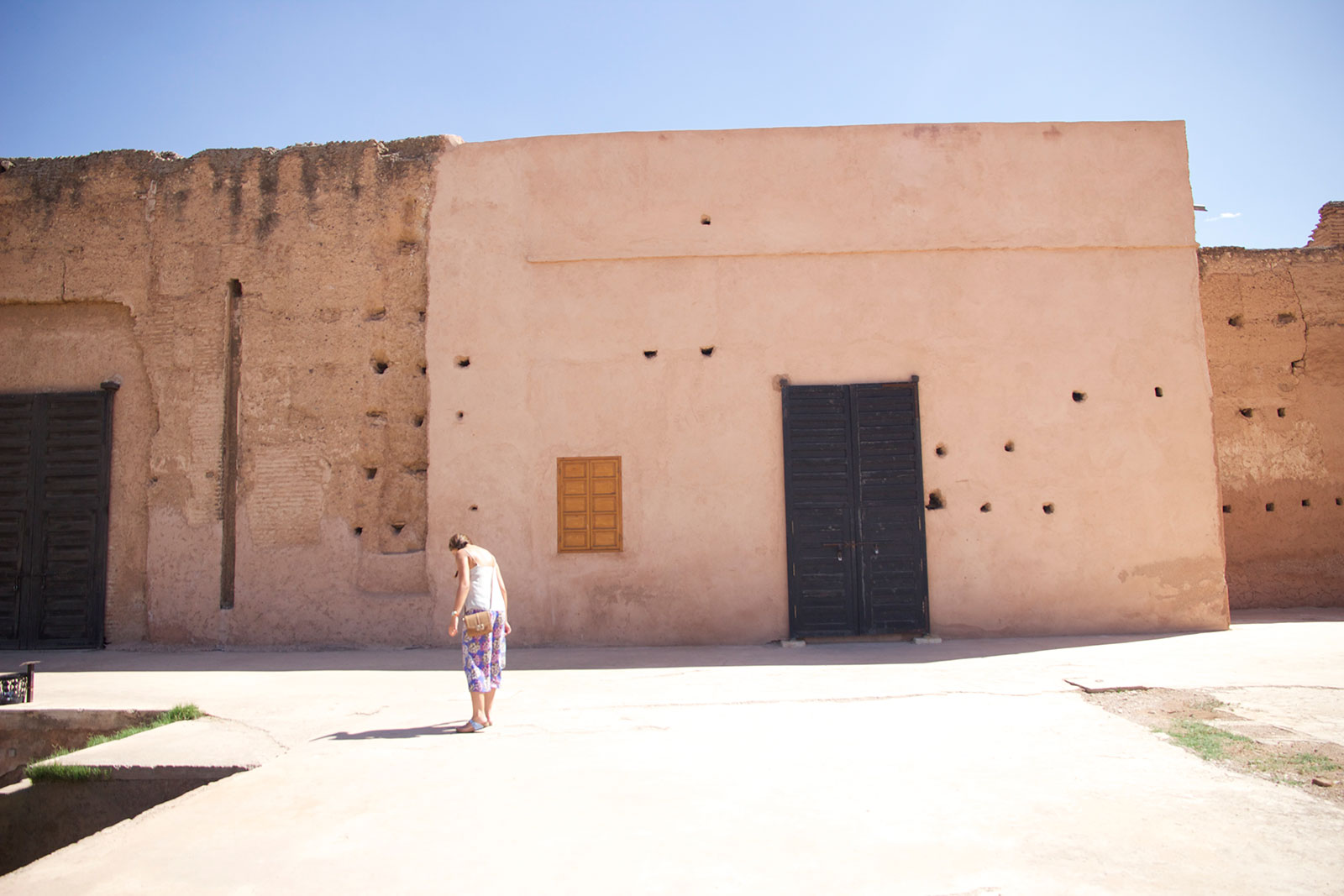 Everything is pretty cheap in Marrakech and entry fees to the palaces and attractions are nominal. It’s worth entering as many as you just to experience the beautiful floor to ceiling decorations and tiling. Of which I couldn’t stop photographing! 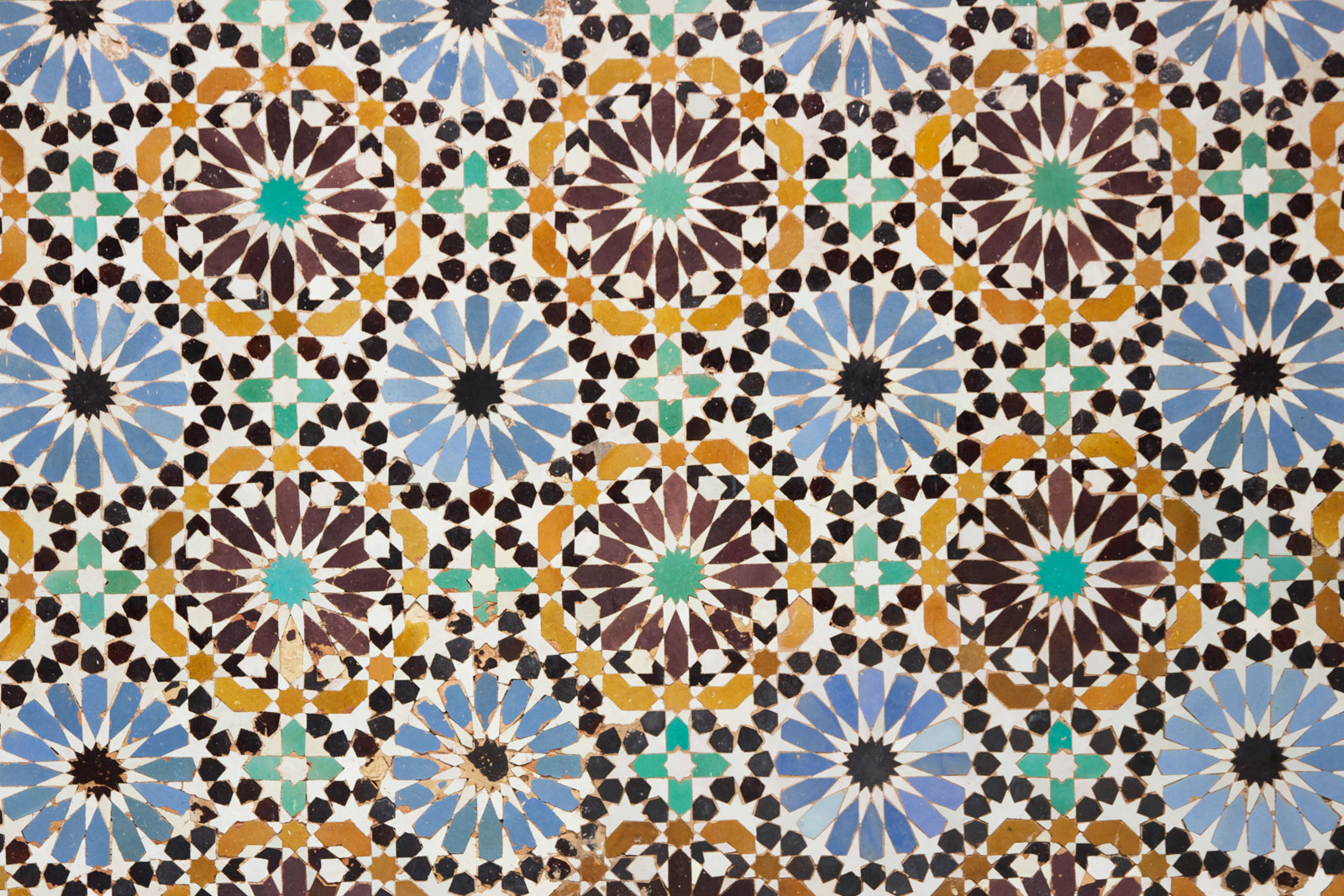 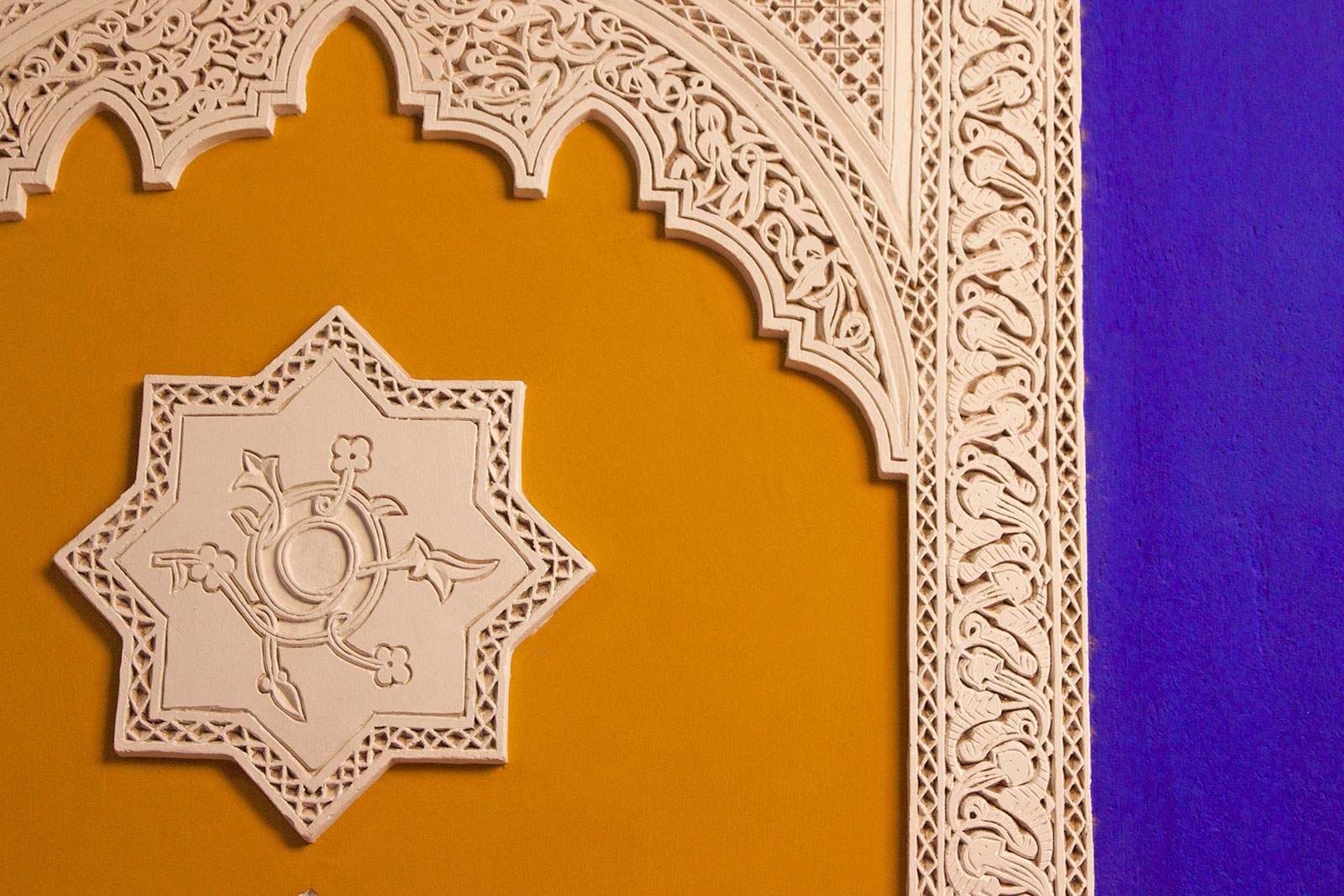 Marrakech is a fascinating city of extremes, I experienced the best and the worse it had to offer. Some little tips to make the best of your visit: