for-Wards is an arts project celebrating Birmingham’s diverse music scene by commissioning a piece of new music from each of the city’s 10 constituencies. Composers are working with each community to create a cultural sound map of Birmingham with the works being performed at a finale concert and broadcast online.

With content curated by Jez Collins (Birmingham Music Archive), I was commissioned to illustrate the city’s colourful music scene — from musicians, to venues, recording studios and record stores. Each one carefully plotted on the map, proudly repping its roots. 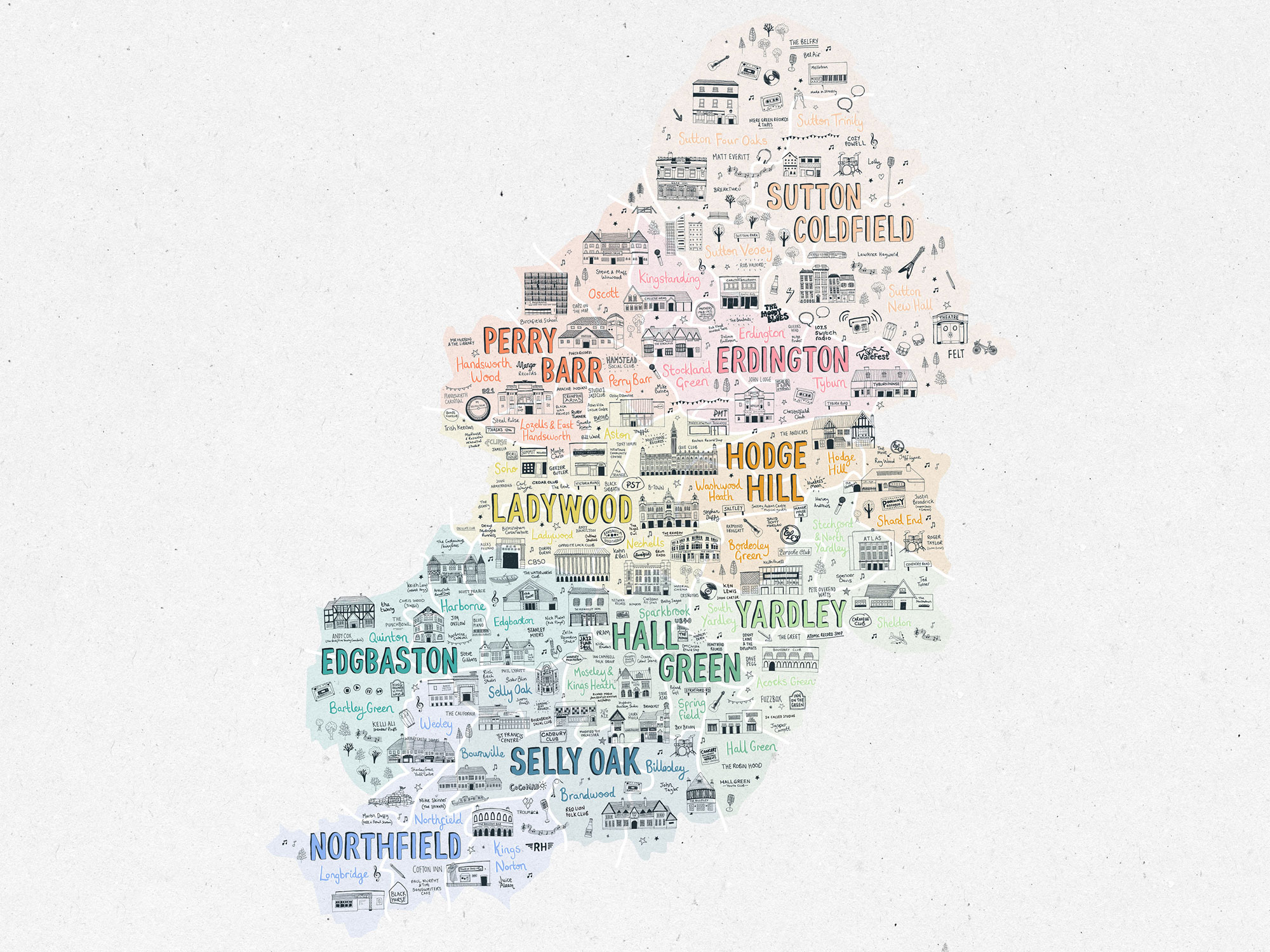 I worked with web designer Ryan Dean-Corke (Glass) to turn the illustration into an interactive sound map for the website. Users can click into each of the 10 constituencies (each with 4 wards) to hear field recordings captured by each composer/community collaboration throughout the project. 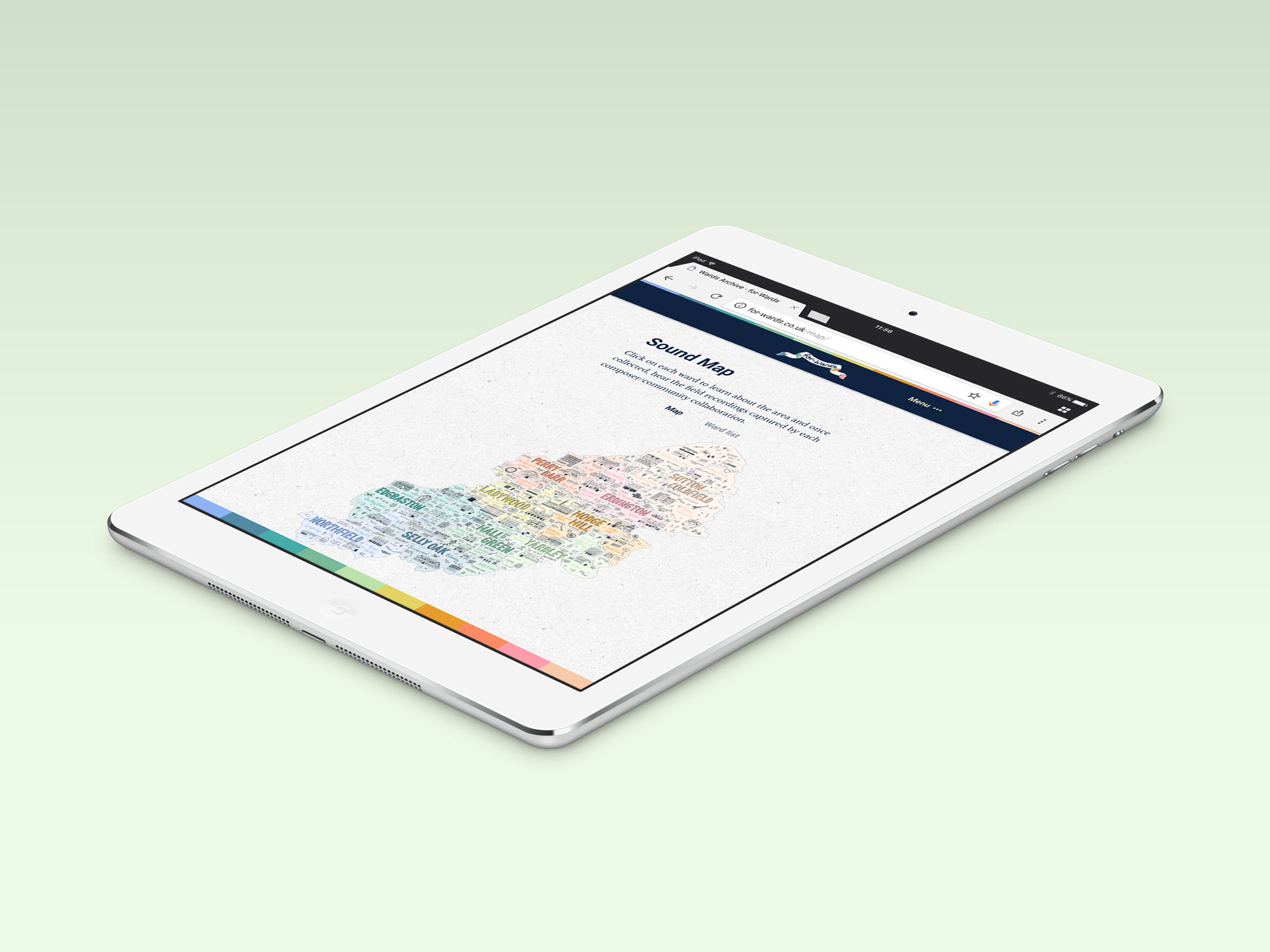 Illustrating the map as individual components allowed each part of Birmingham to have its own piece of the music map. The designs were printed on postcards, banners and posters to promote the project across the city.

The crowdfunding campaign allowed locals to fund the project and in return receive various music memorabilia from Birmingham musicians, or of course — the illustrated music map, in postcard, print or tote form! 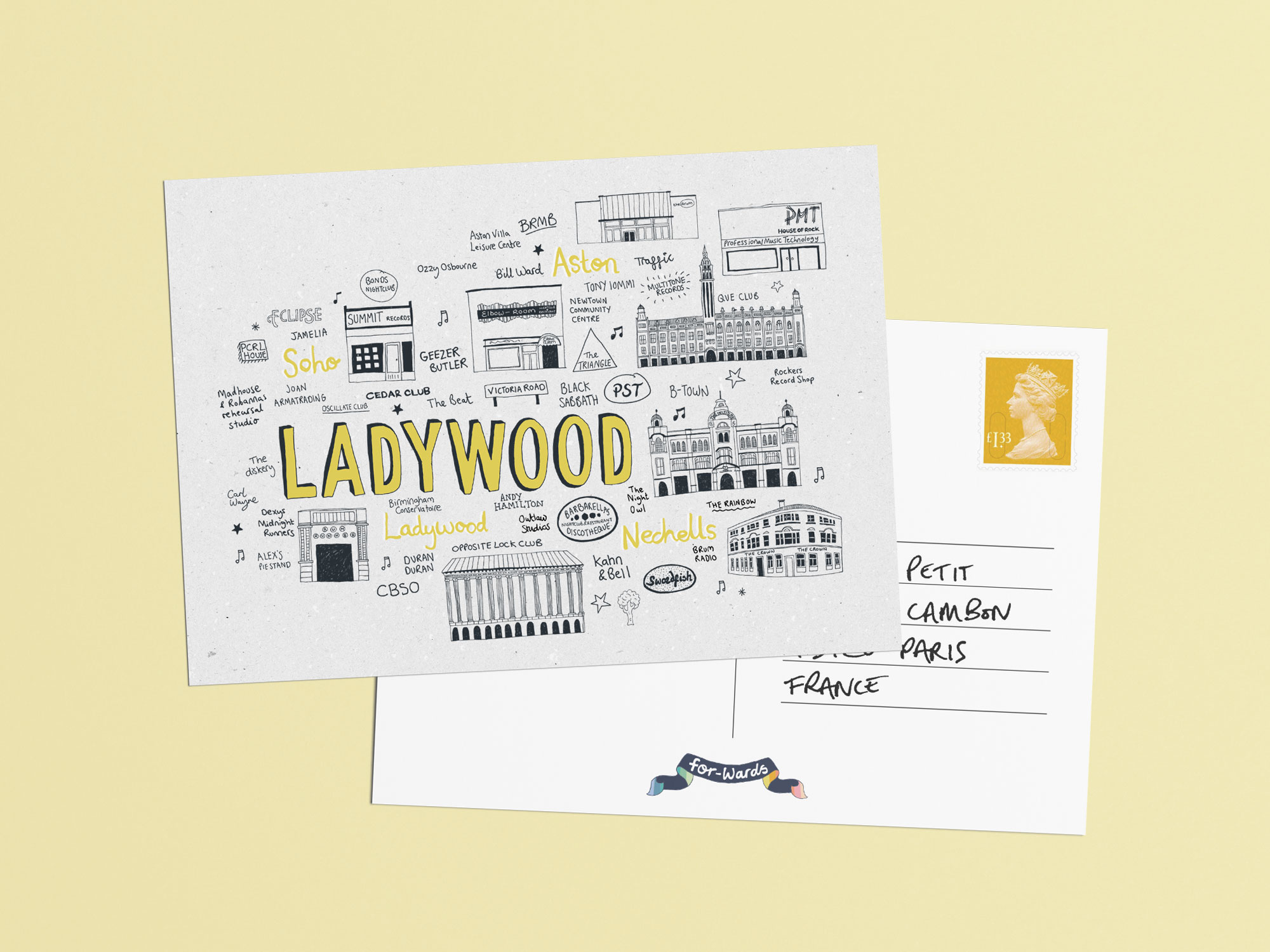 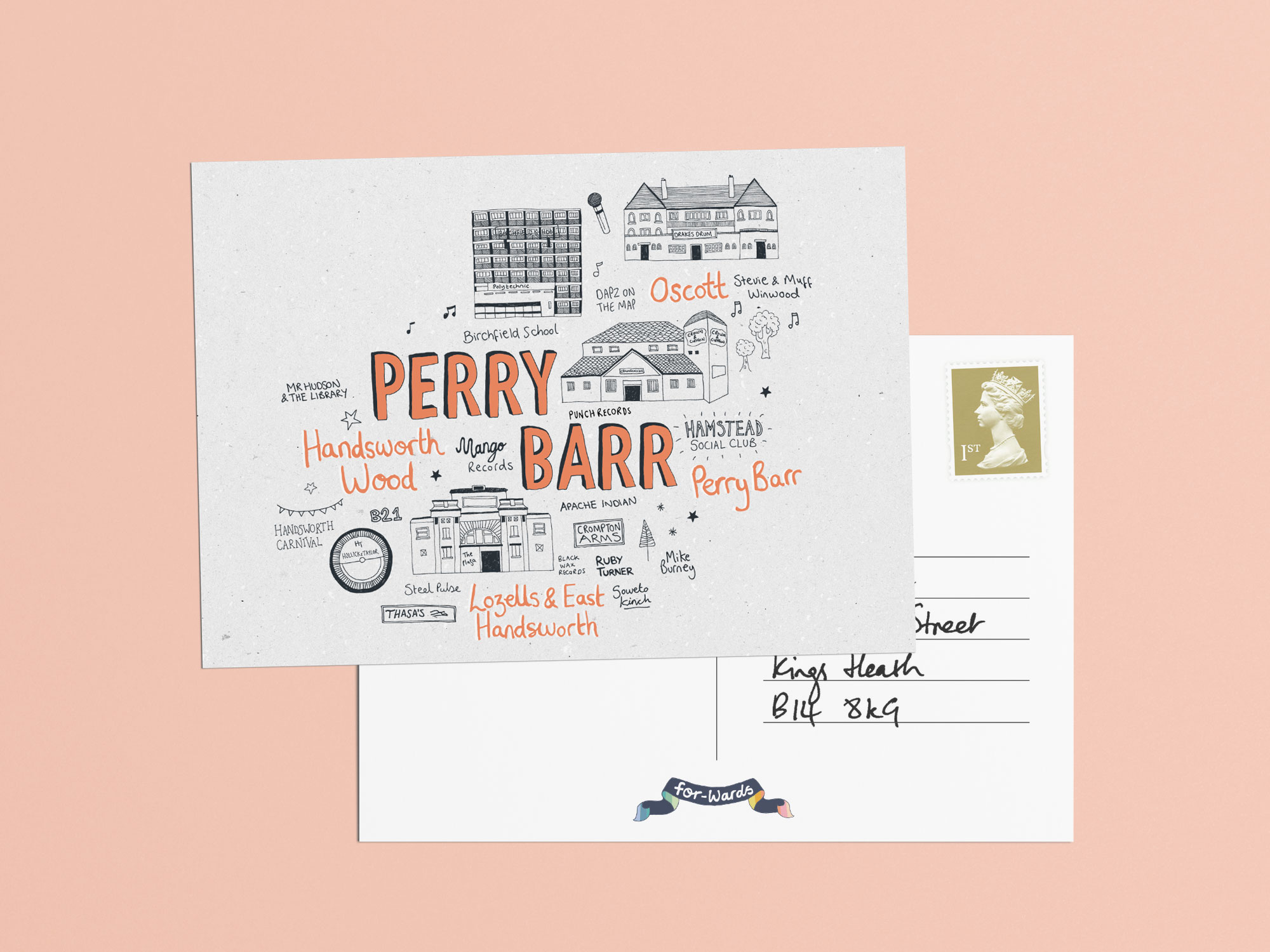 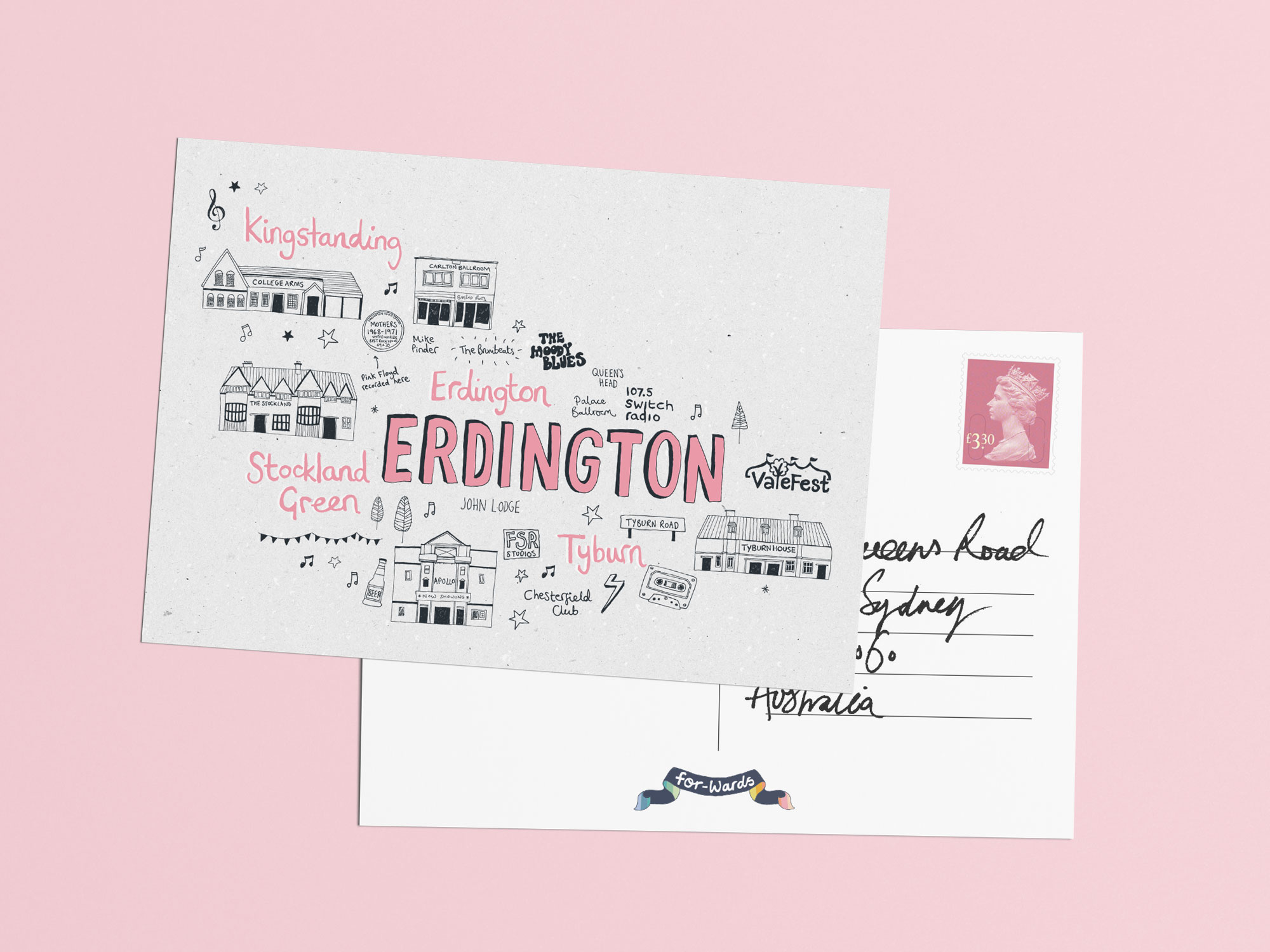 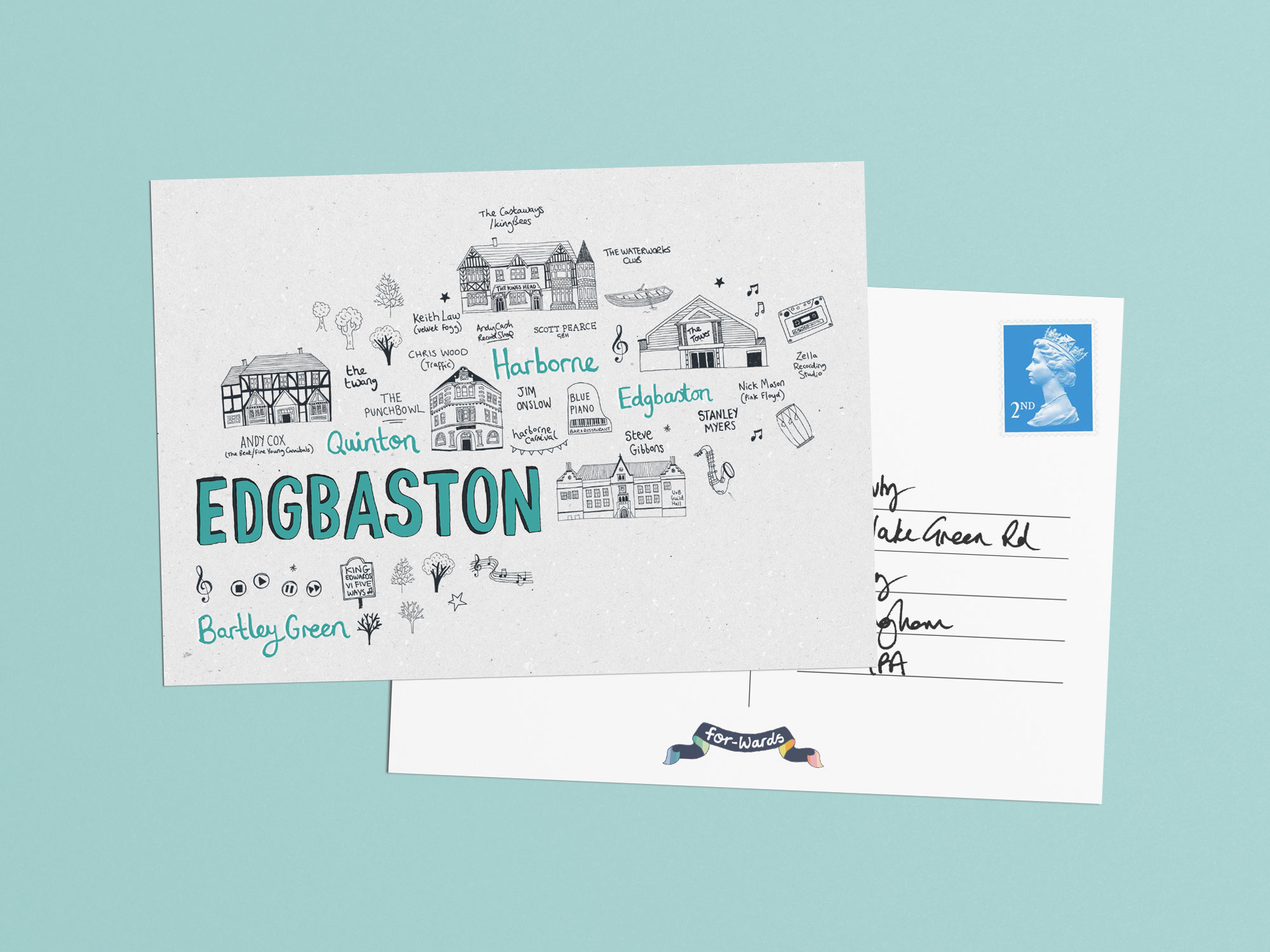