Oh, how delightful is Luang Prabang! We love it here and it’s a high contender for our favourite place yet… big claim after Pai, I know! It’s heavily Western influenced (which makes me feel a slight cheat for loving it so much) as it was once a French colonial town. The beautifully kept villas on the palm lined riverbanks certainly give it a French Riviera feel, but with fusions of Asian influences and Laotians selling their sticky rice, ornate temples and boutiques selling locally made textiles. 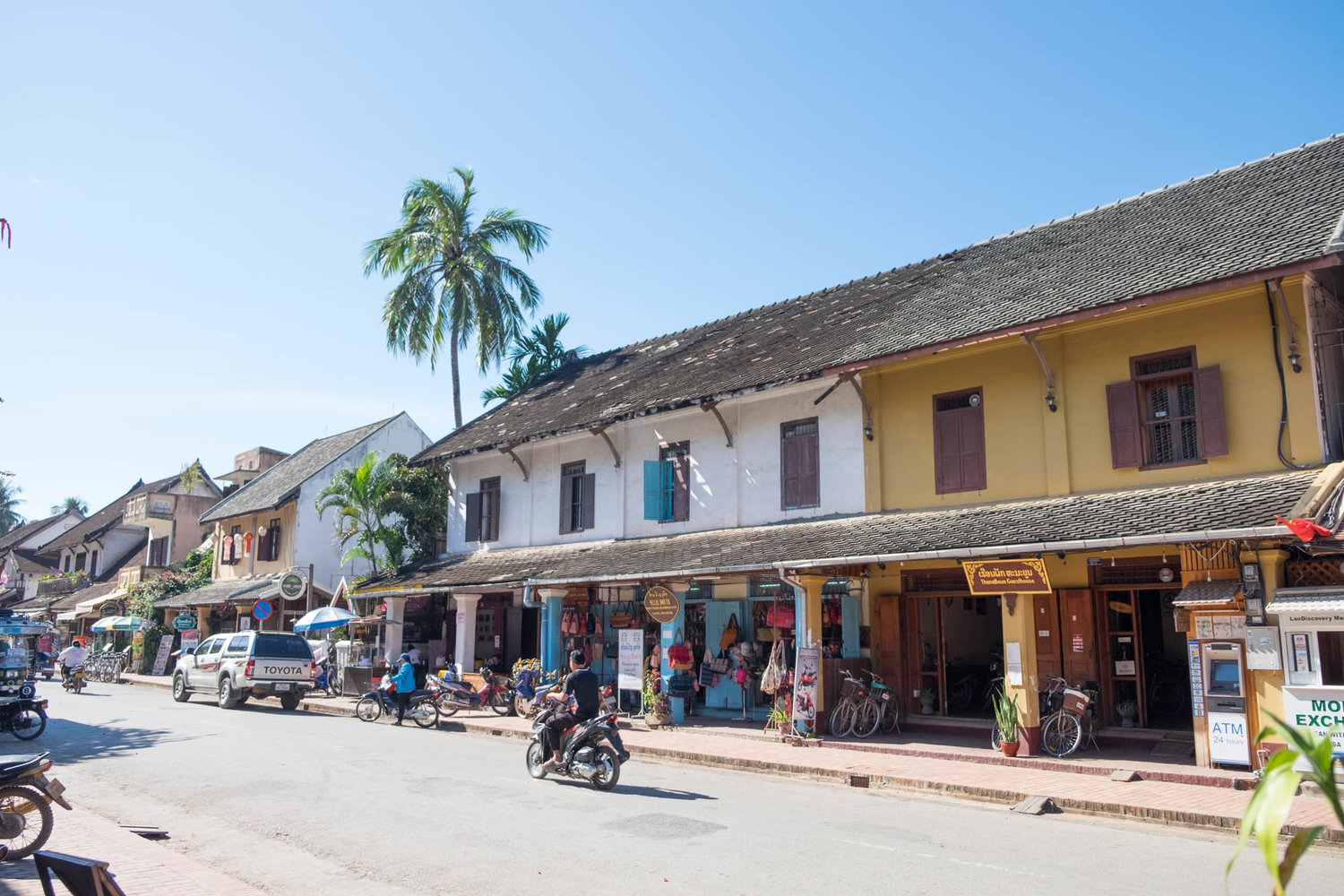 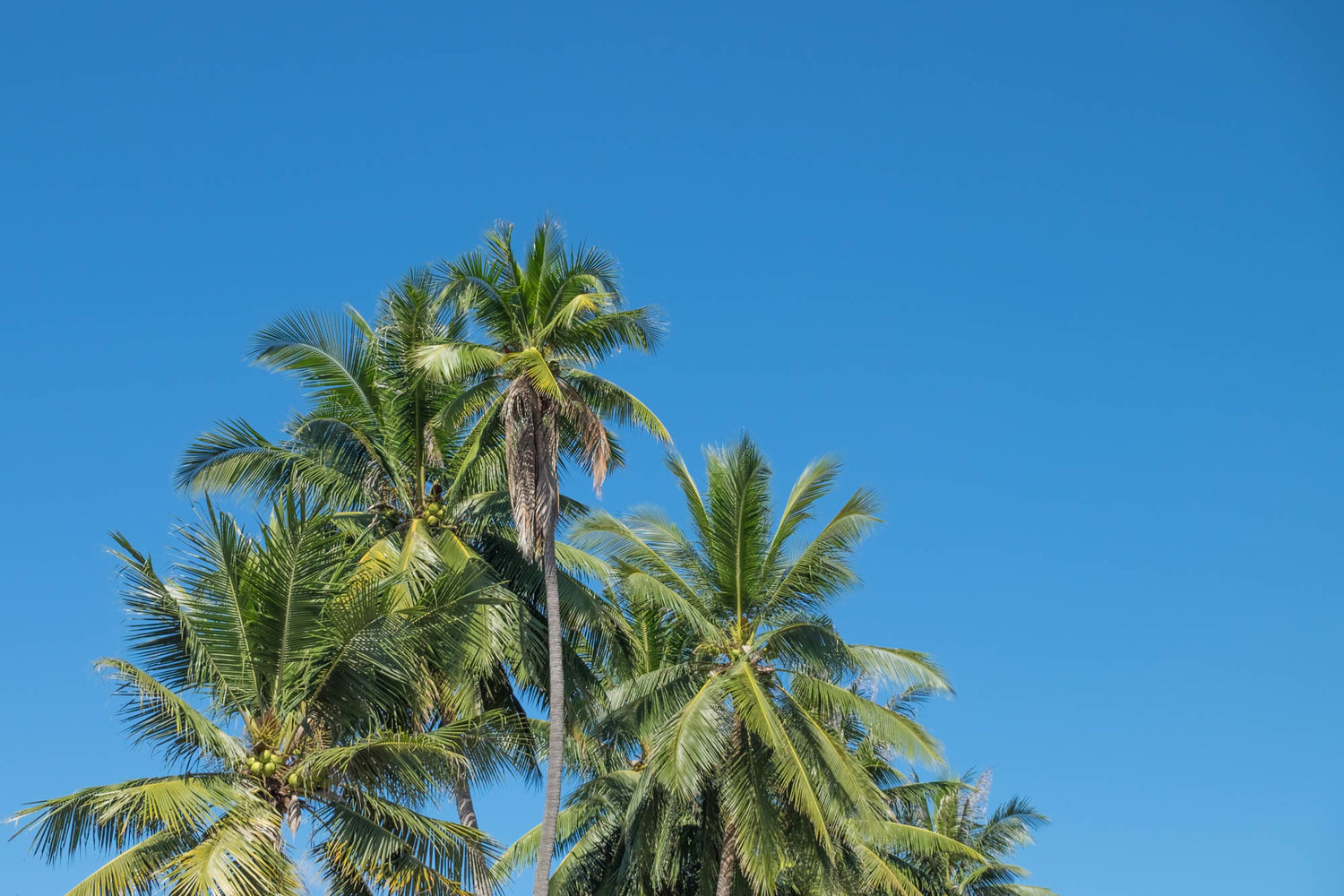 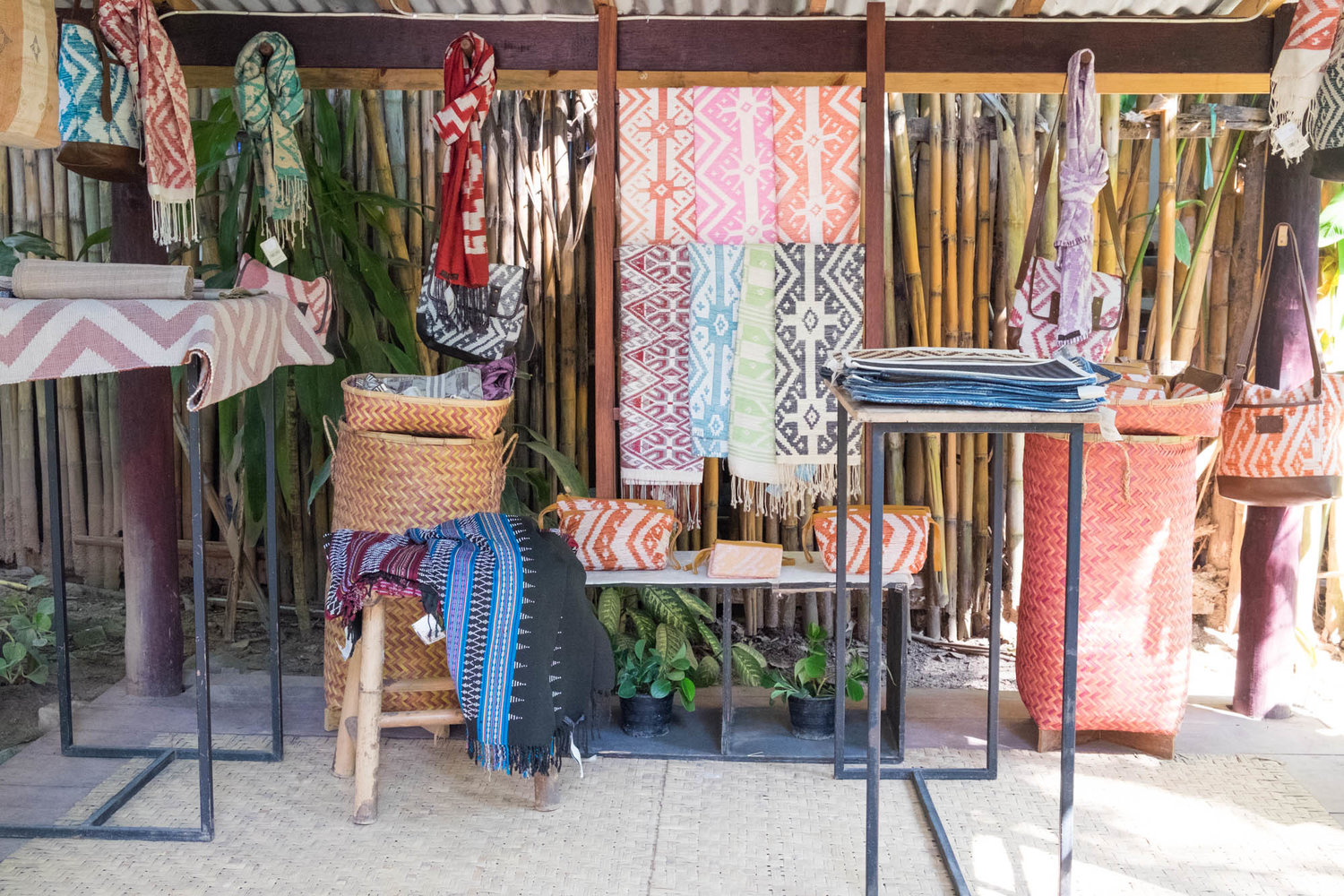 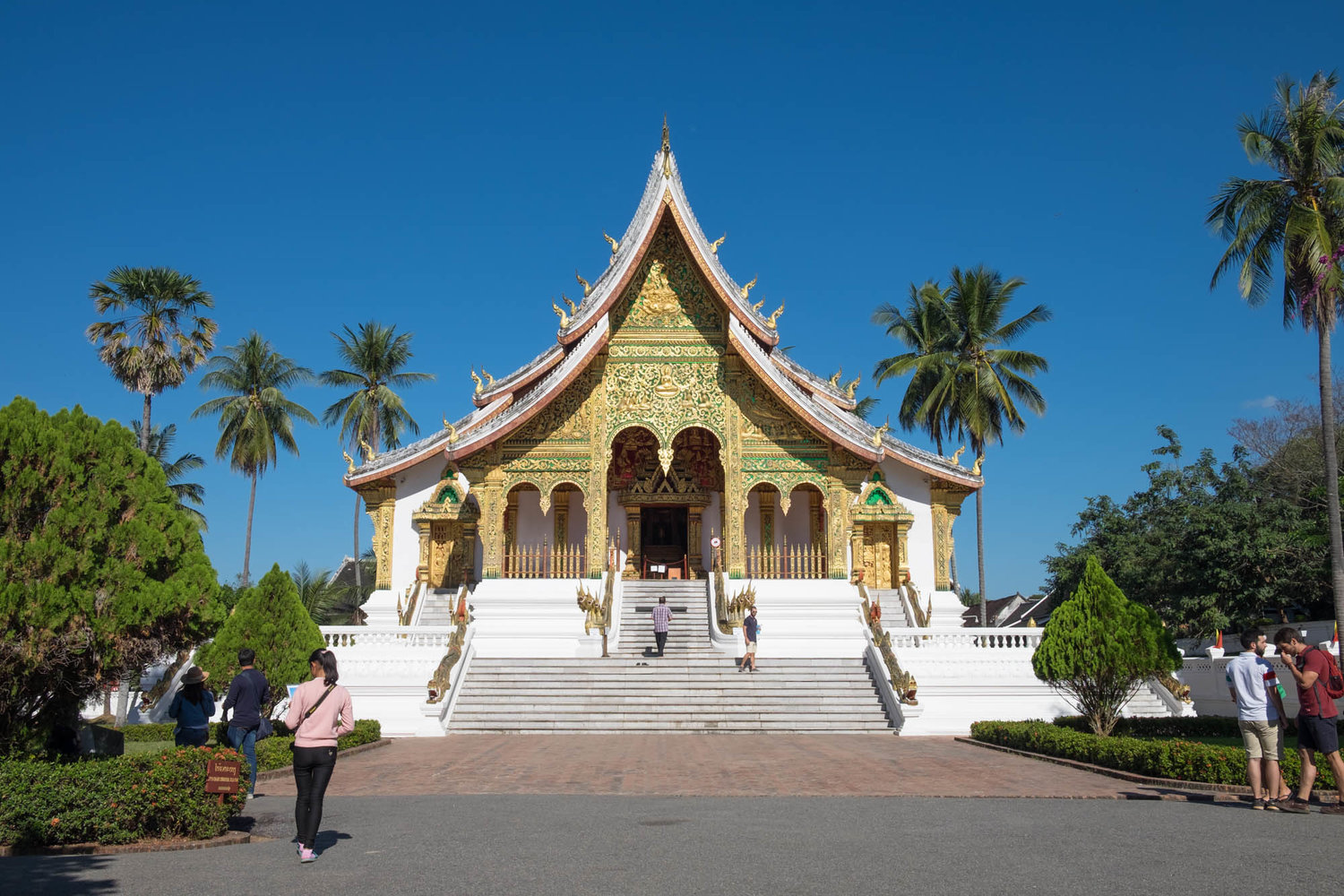 Declared a UNESCO World Heritage site in 1995, the town was described as “an outstanding example of the fusion of traditional architecture and Lao urban structures with those built by the European colonial authorities in the 19th and 20th centuries. Its unique, remarkably well-preserved townscape illustrates a key stage in the blending of these two distinct cultural traditions.” 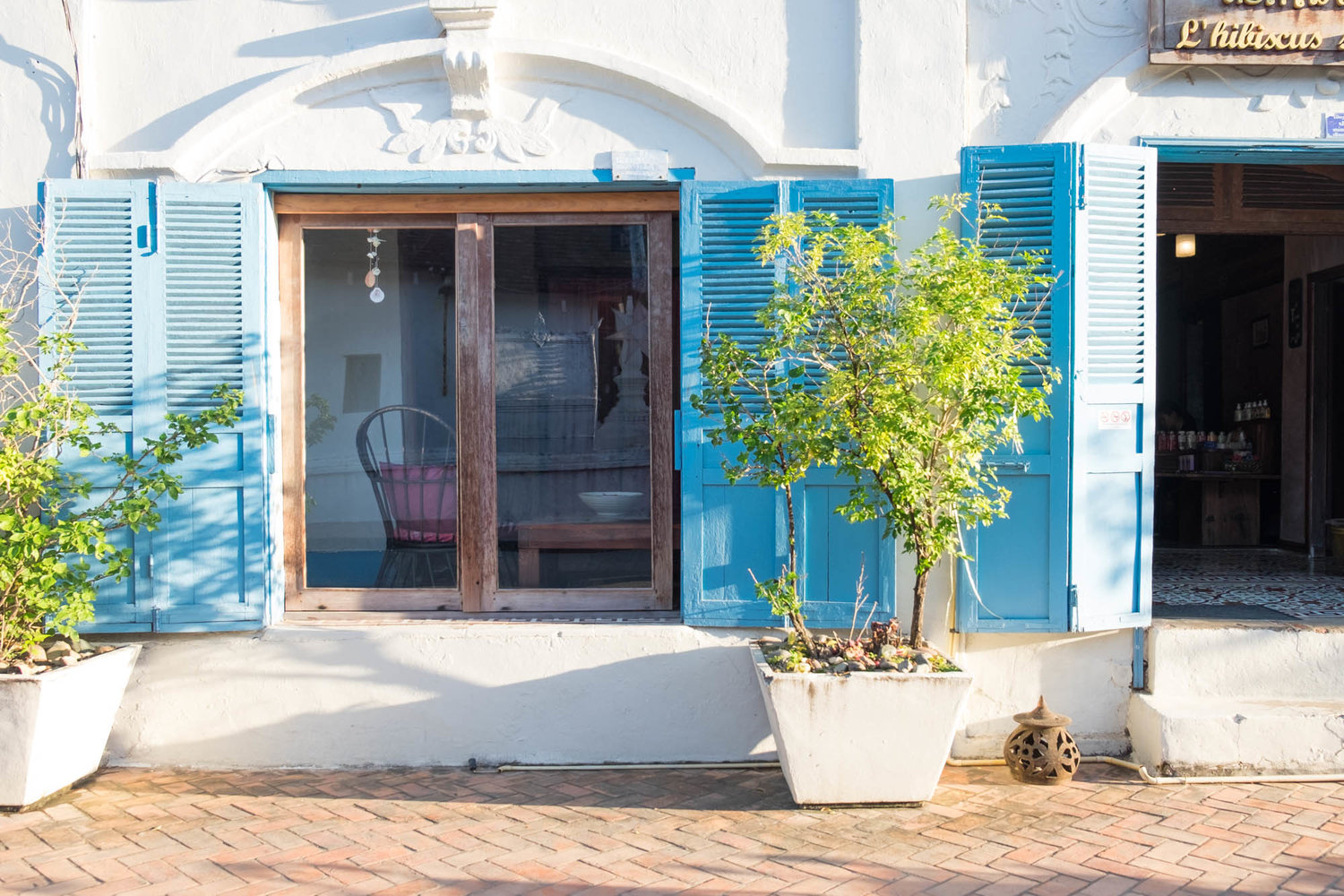 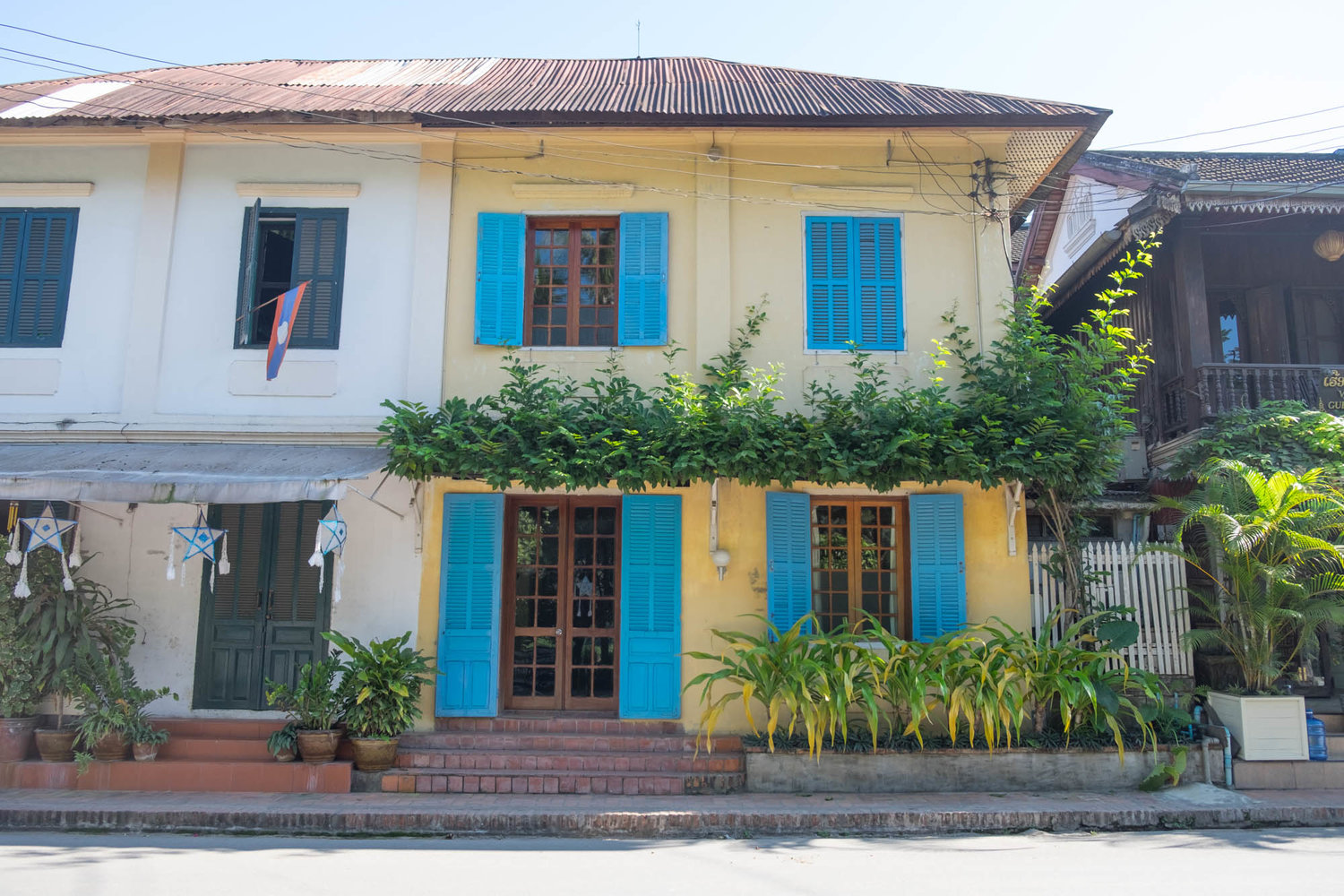 One of our favourite things to do here has been meandering the town — lapping up the lovely atmosphere, crossing bamboo bridges, browsing the boutiques and sipping coffee at the riverside. Ahhh… 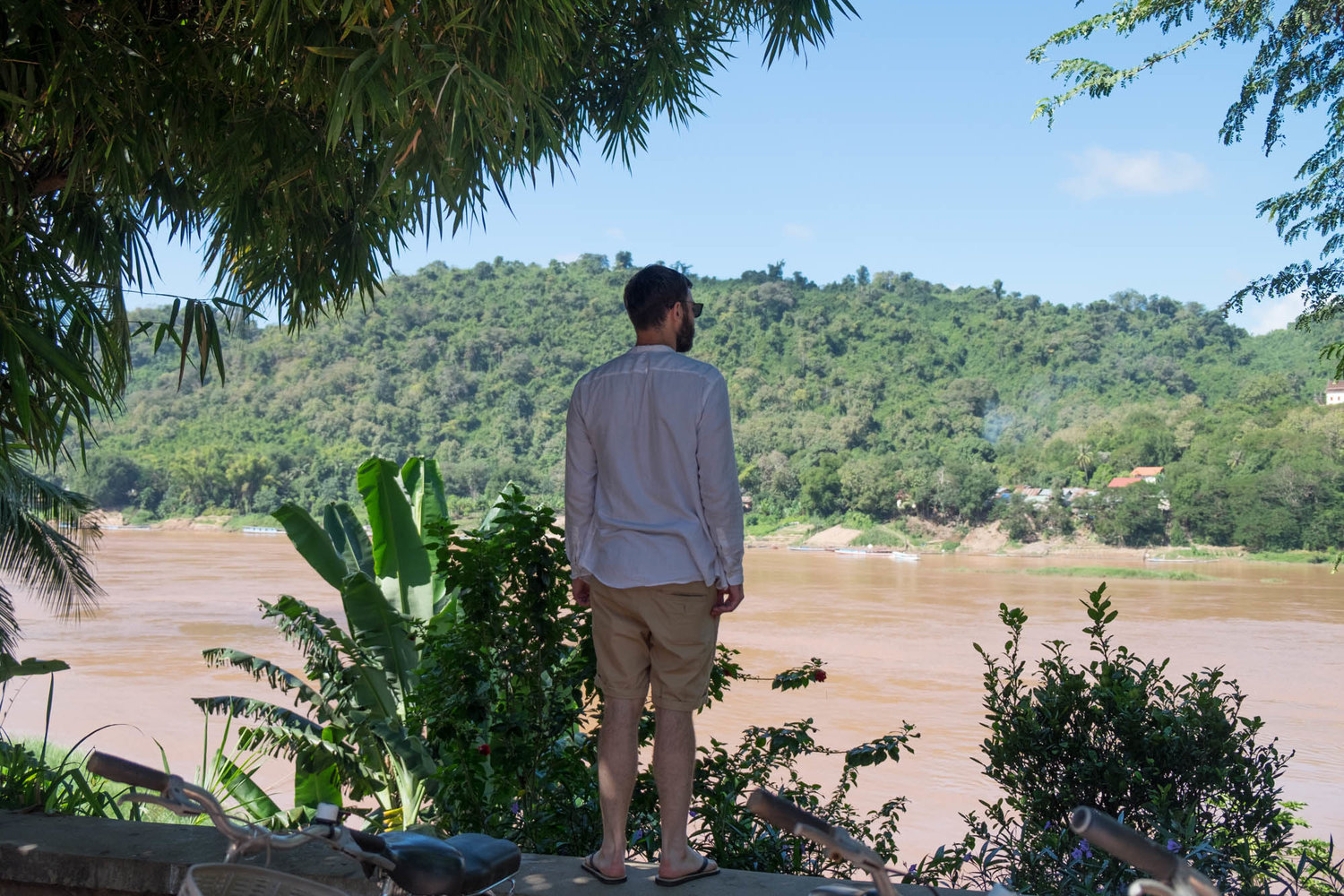 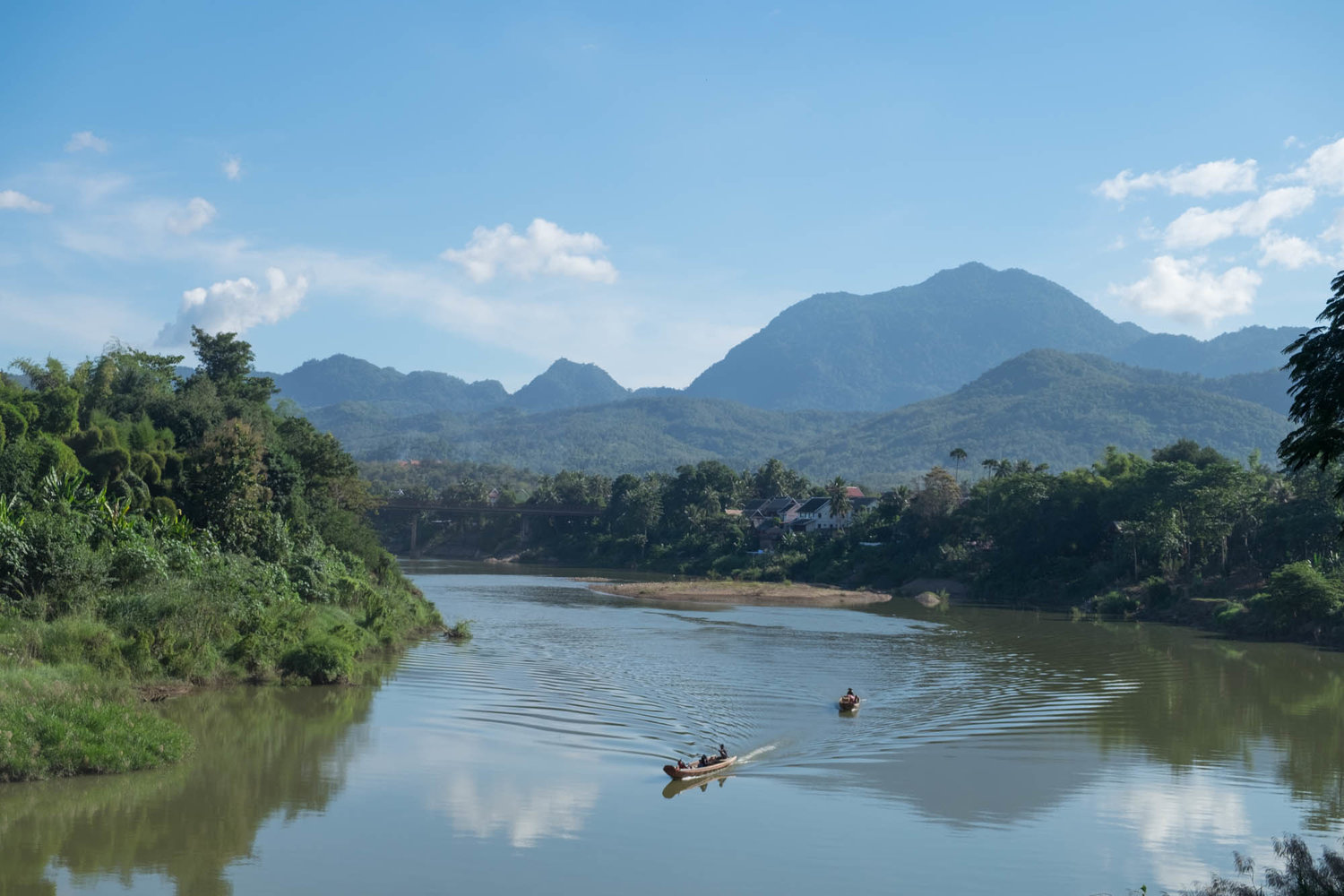 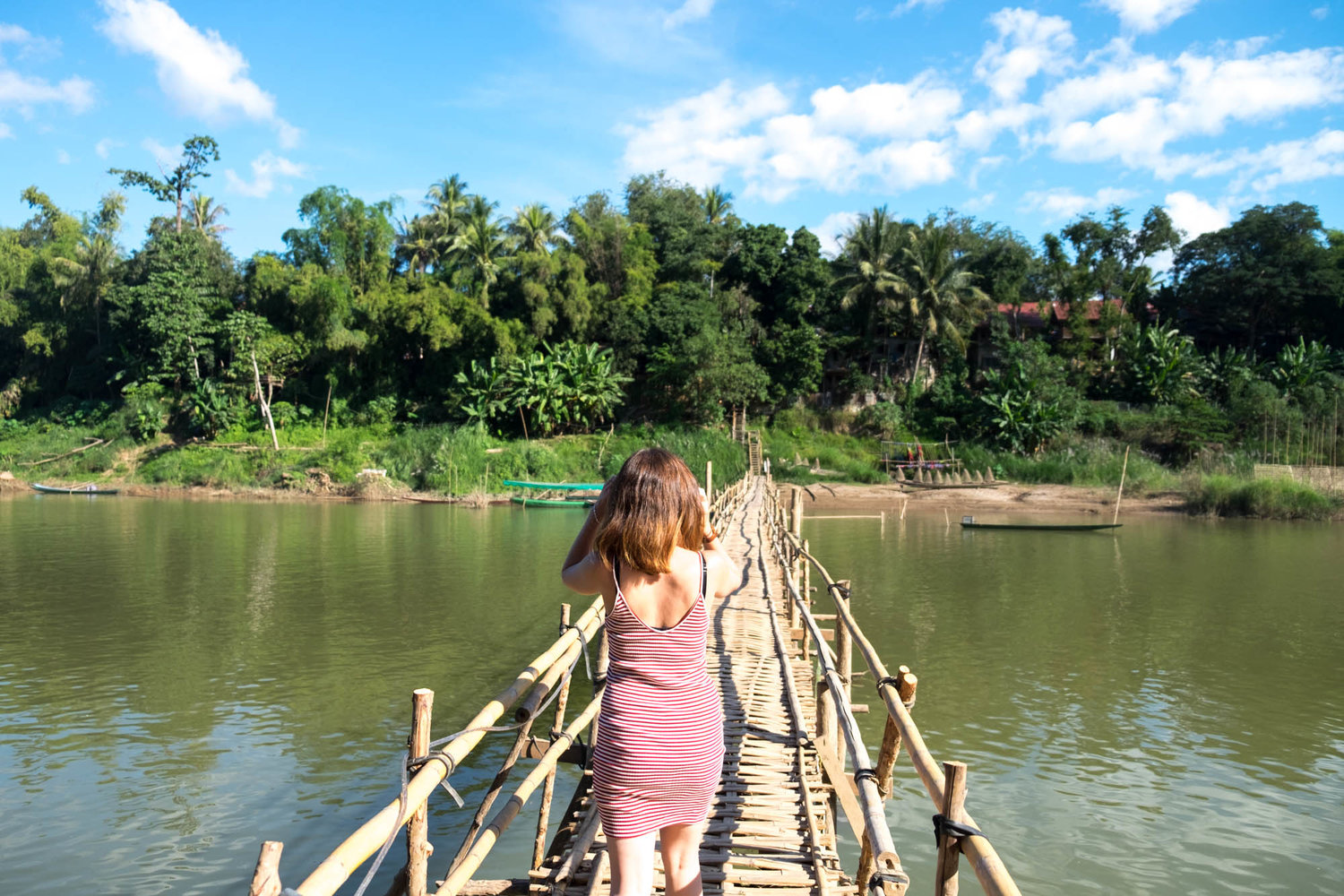 One of our new favourite things to do is to rent a scooter! We’ve had two day trips and visited two beautiful waterfalls just outside Luang Prabang. The first, Tad Sae waterfalls, about 20km away, on a very bumpy road — the roads here really are appalling… just basically gravel and holes and dust clouds from the 4x4s. Only accessible by boat, you park up and a lovely chappy ferries you down the Nam Khan River. The waterfalls are really beautiful. Low level crystal clear pools with little bamboo bridge crossings, coffee shops and swimming areas. 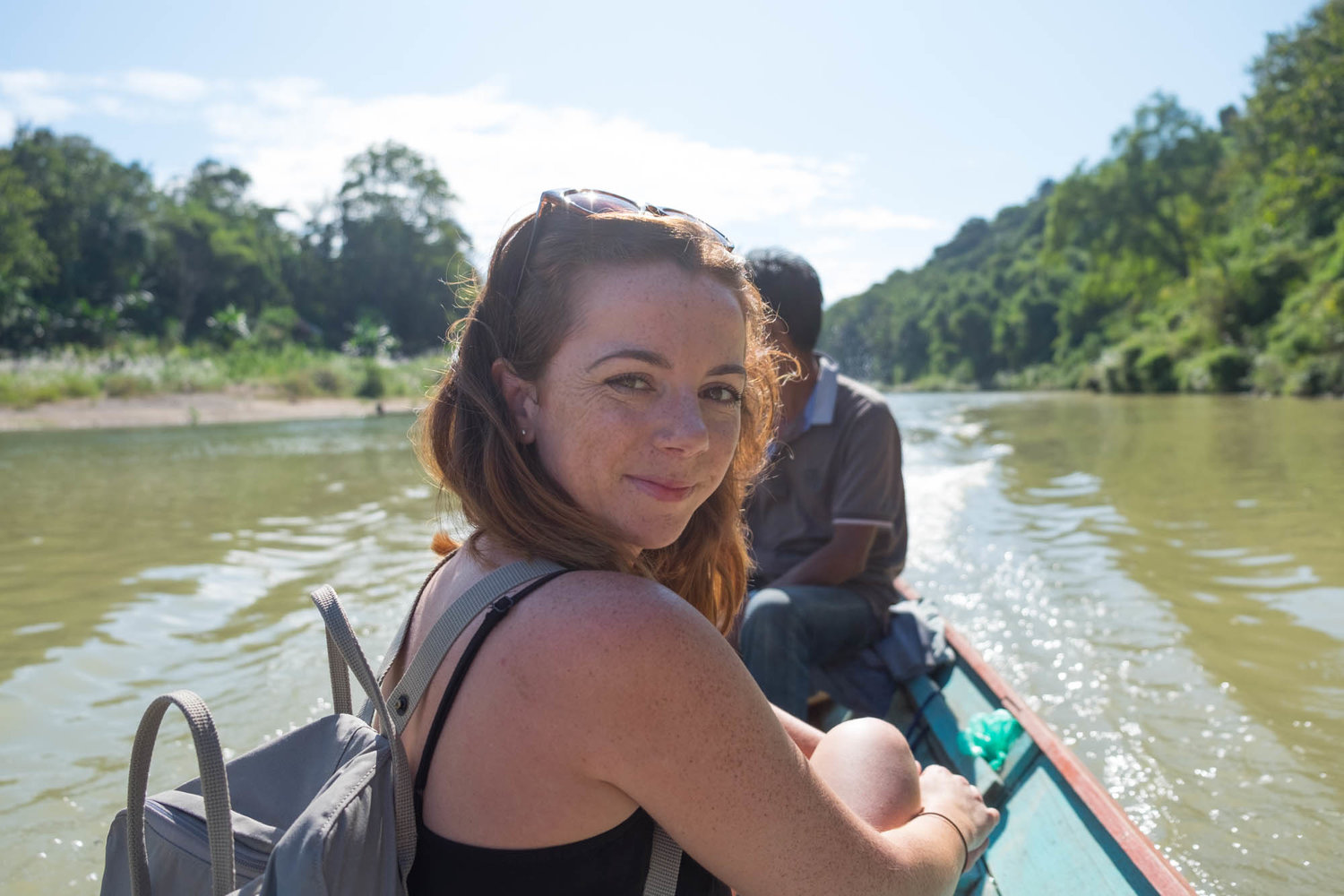 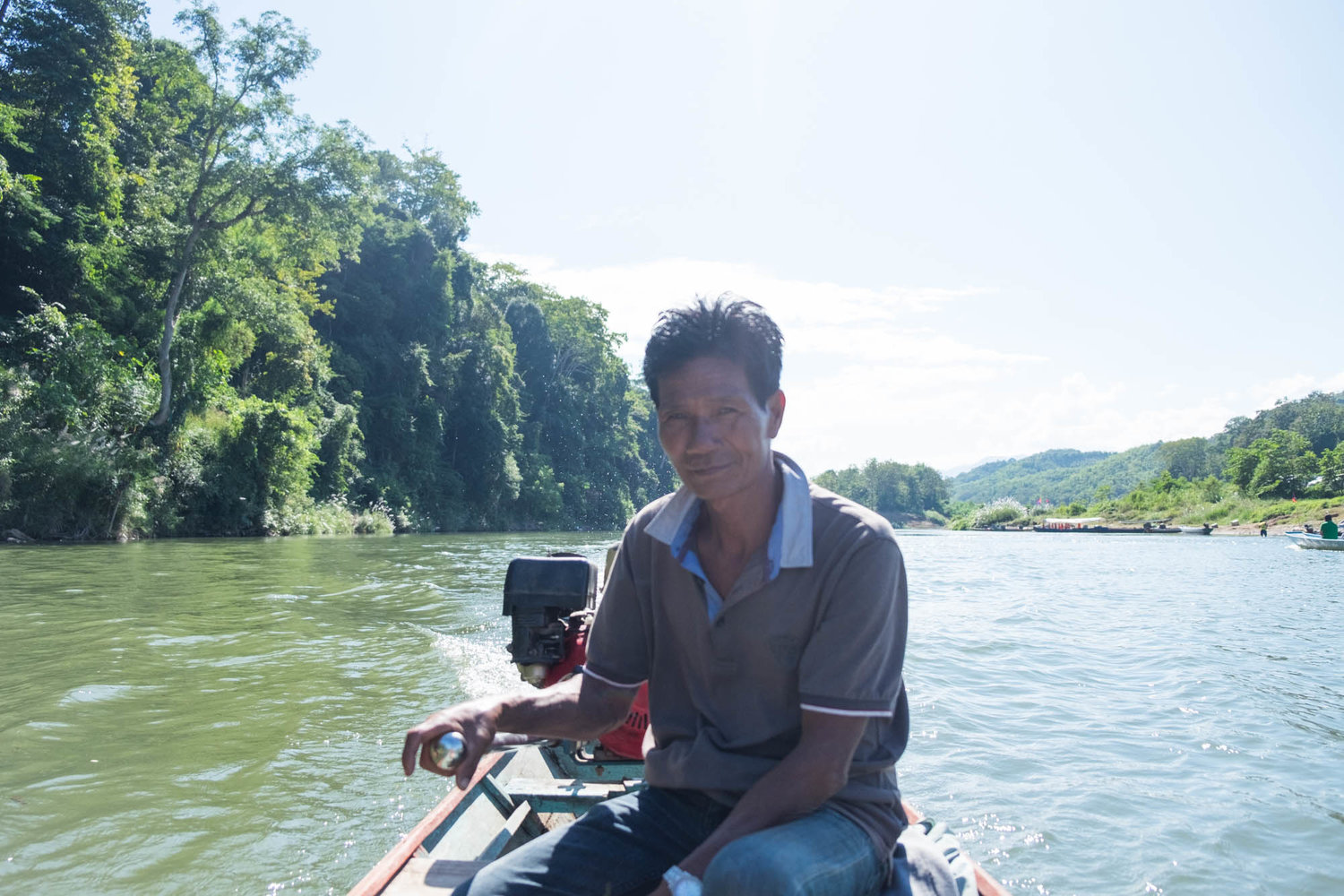 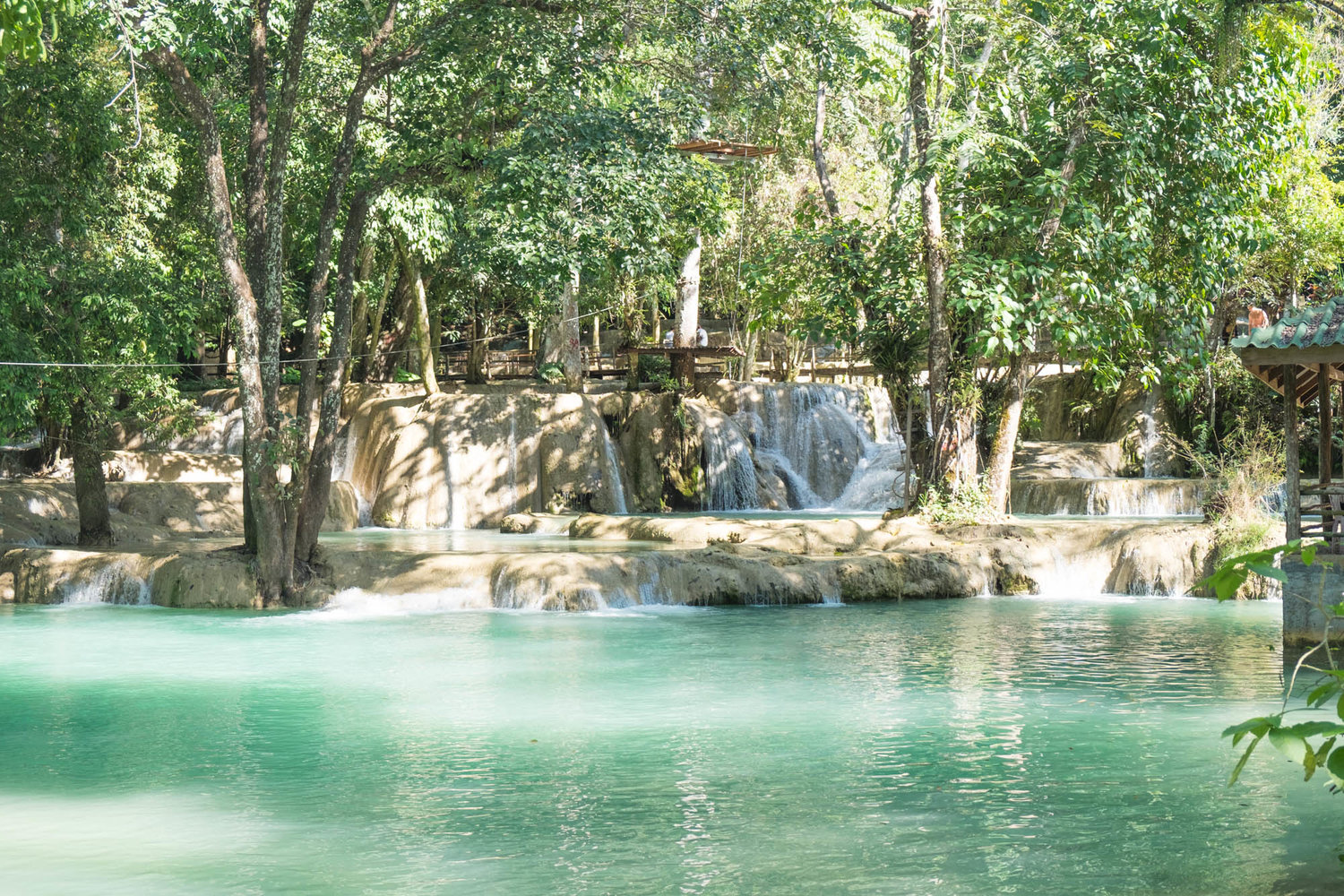 The second waterfalls were Kuang Si Falls. Knowing this was the most popular of the two waterfalls we gathered an early visit would be better here to avoid the herds of crowds. Just over an hourd drive tom downtown we arrived very numb bummed!! A bonus prize within this ticket entry was access to the Free The Bears rescue centre which you pass just before the falls. They have a couple of dozen Asiatic black bears which they rescue from the hands of poachers and traffickers. Gav likes to meet fellow bears. Although, these ones were all having a post-breakfast nap!!! 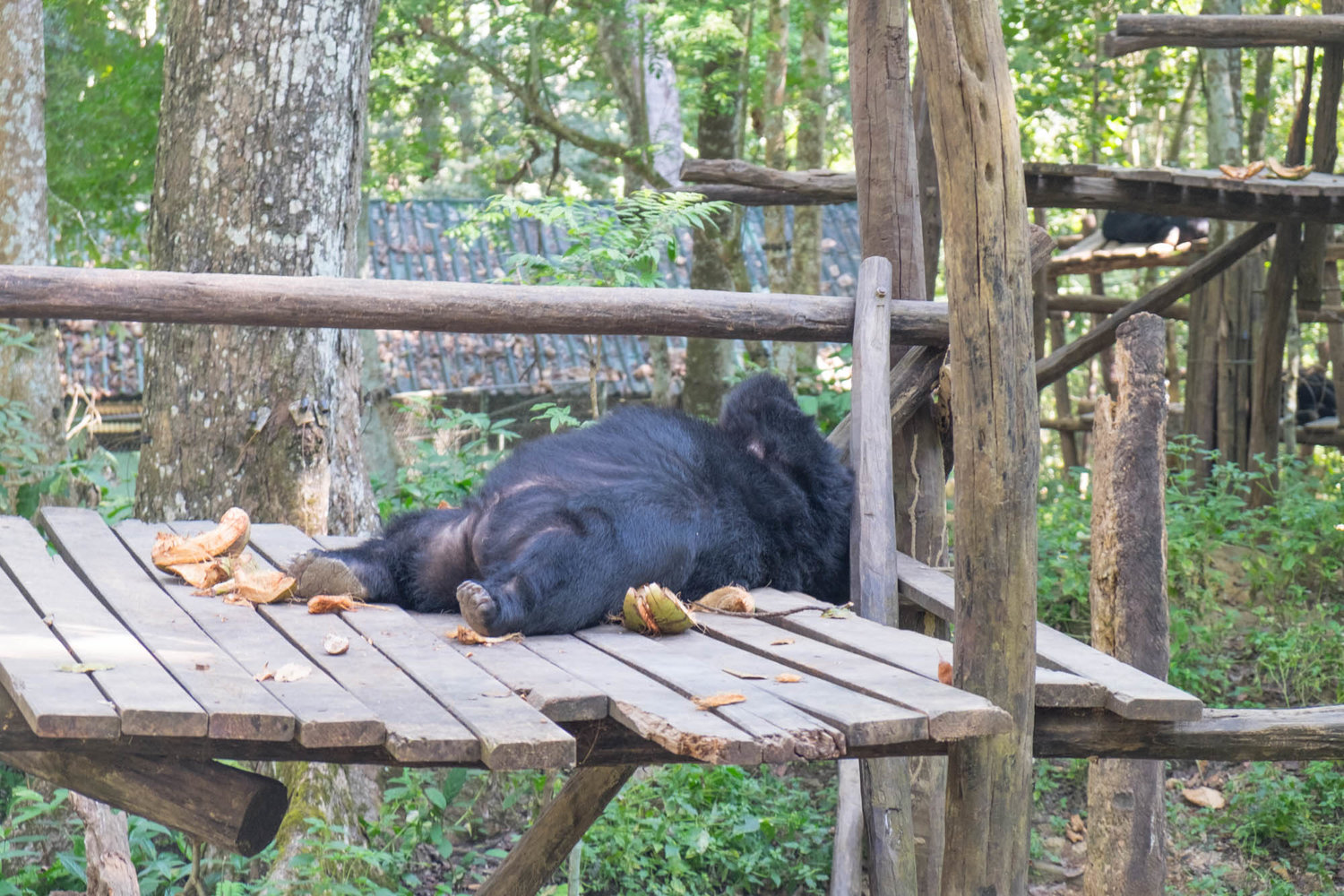 The waters are crystal clear with bright turquoise pools. With it being early and mostly shaded we still had hoodies on so definitely weren’t tempted by a swim! It was incredible seeing the water drop down though from our little rickety bamboo bridge (which I’m sure would never pass a UK health & safety test!). 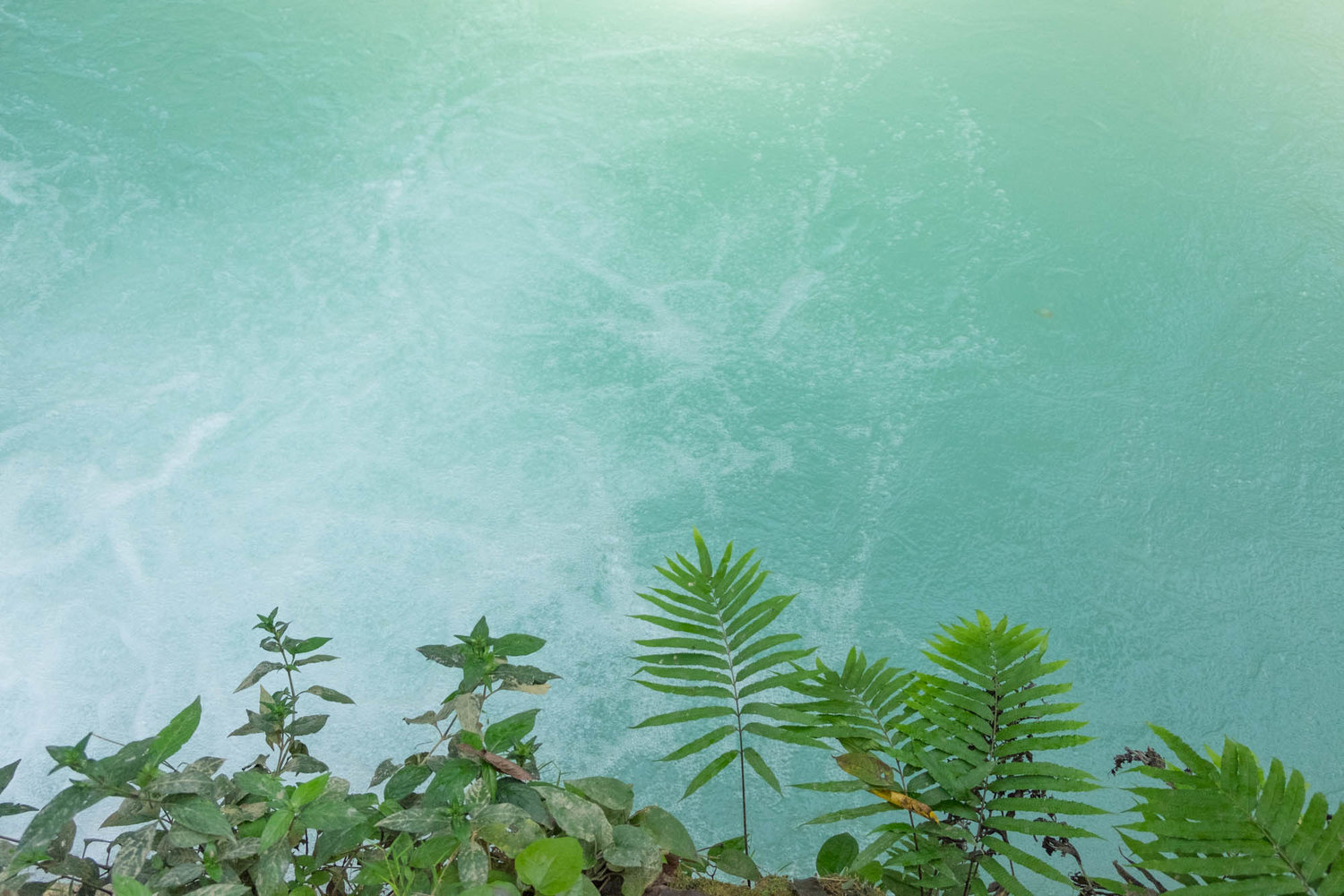 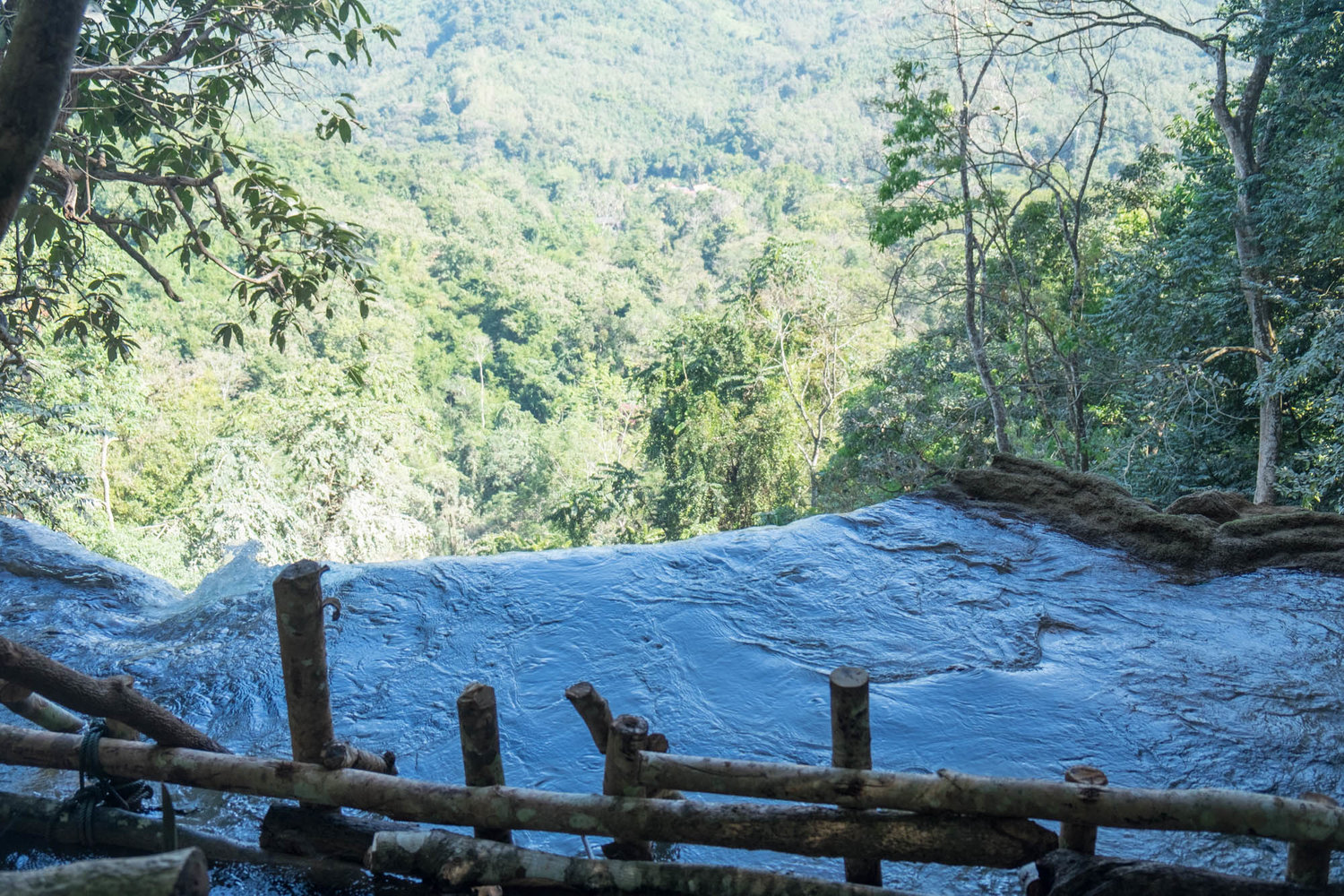 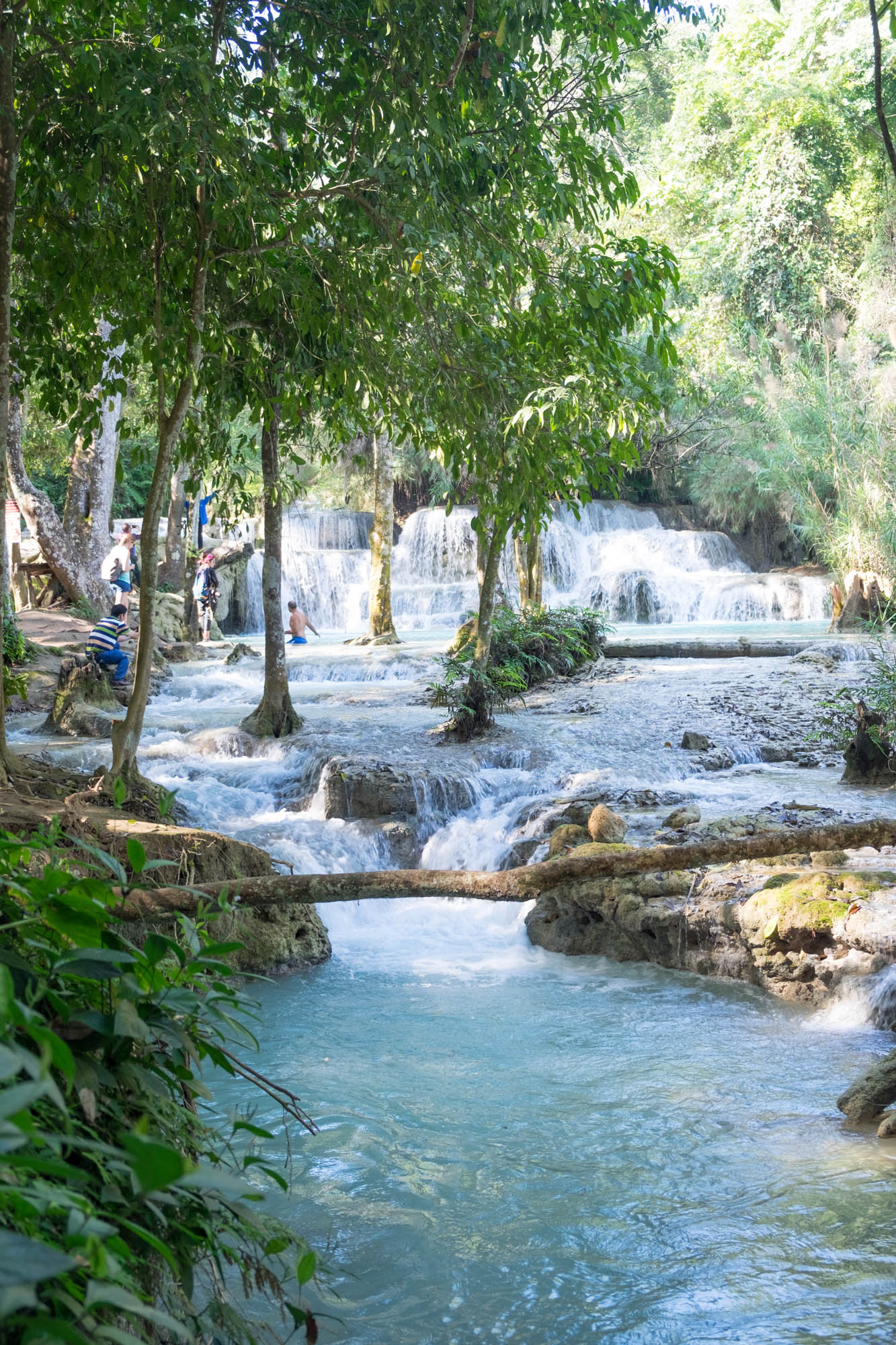 A must on your visit to Luang Prabang is to watch the alms giving ceremony. We’d set ourselves a challenge to get up early and watch it followed by sunrise on Mount Phousi. The tradition of alms giving is yonks old but every day in the town about 200 Buddhist monks depart from their temples to gather their daily meals from locals on the streets. It was eerily quiet to begin and catching a glimpse (from the other side of the street) of the ceremony and interaction between the monks and locals was pretty special. We love you Laos! 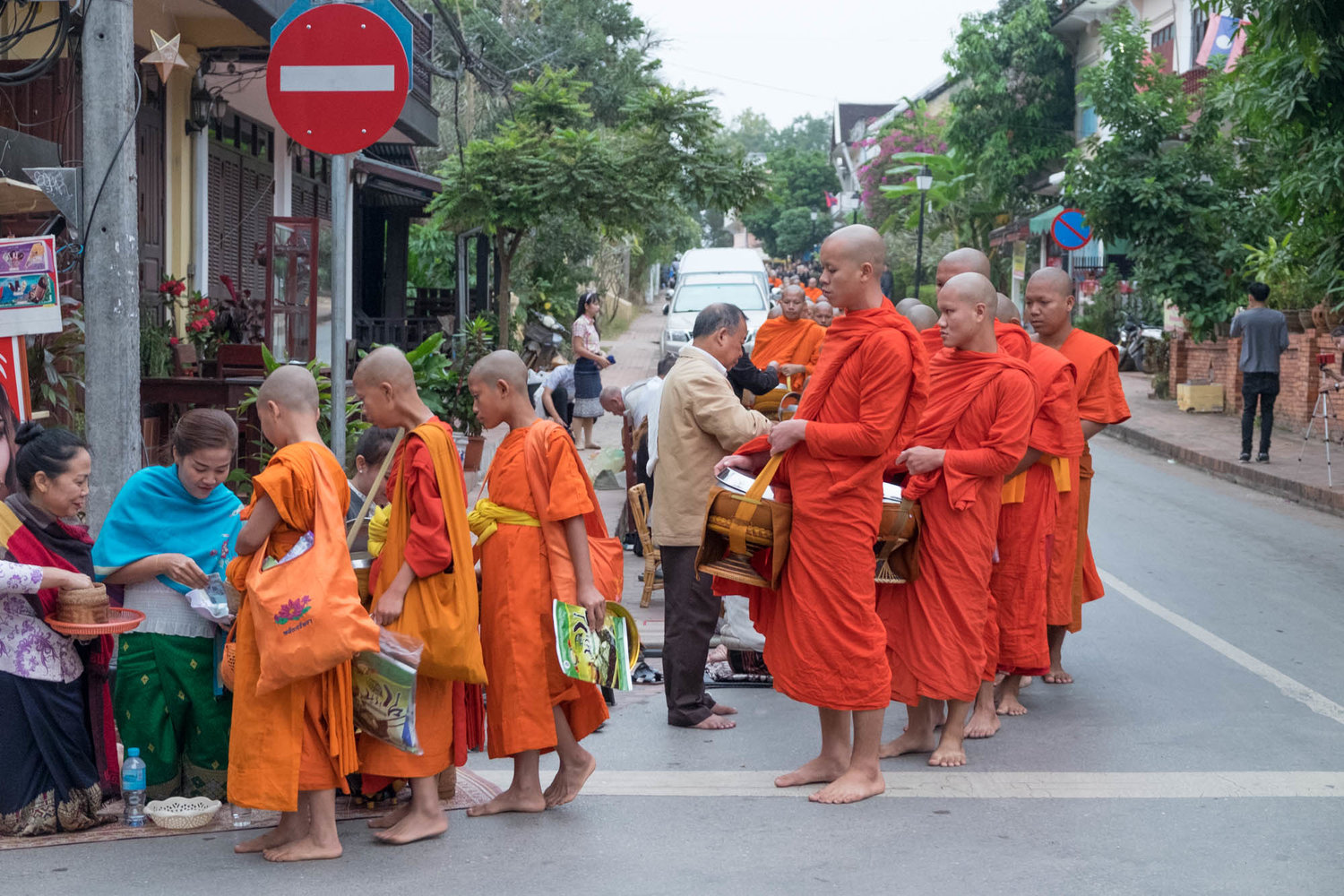 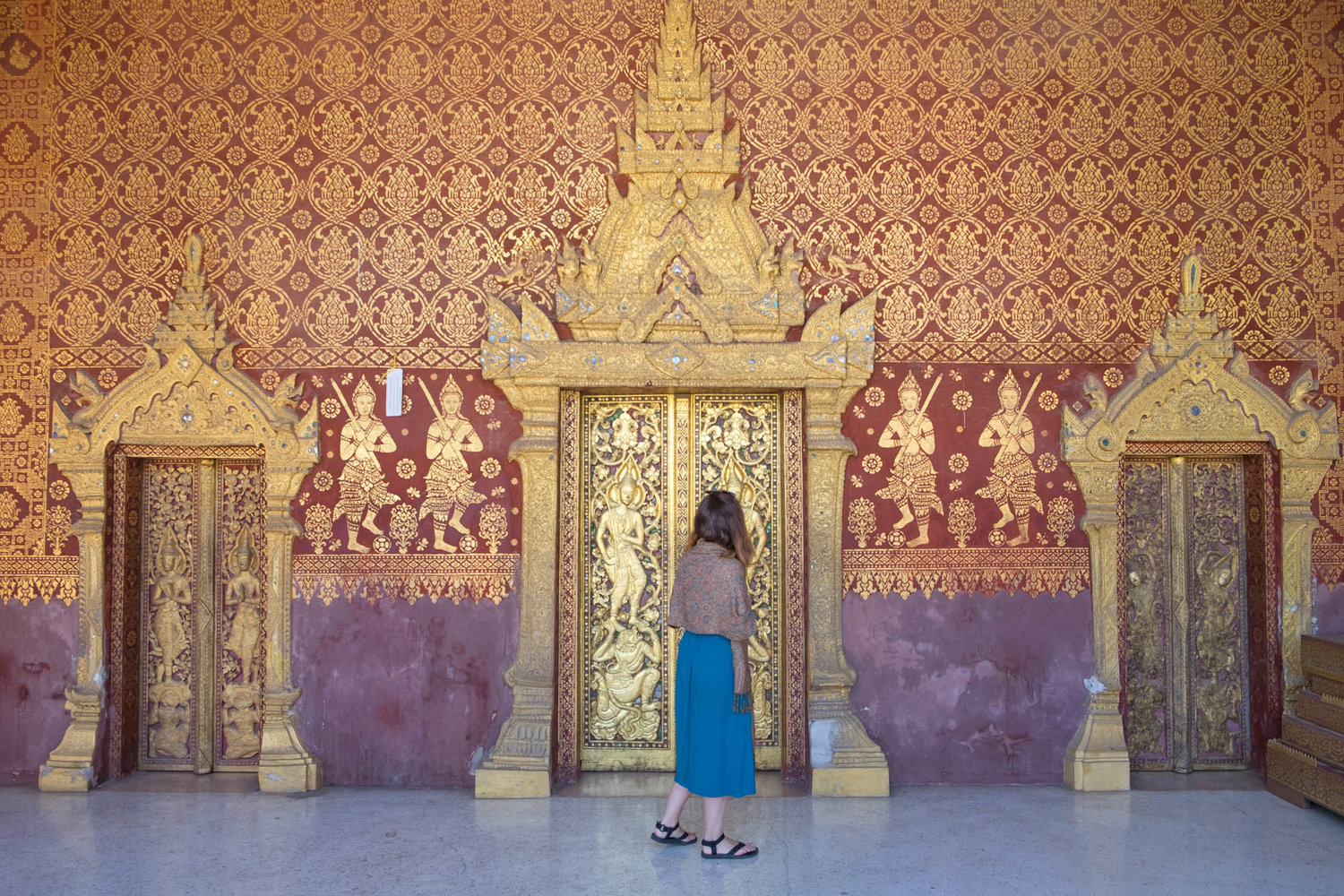