It’s our first trip to Thailand and even after 14 days we’re in love. We began our journey in the hot and sweaty madness that’s Bangkok, then travelled up to Chiang Mai for elephants (more on that here) before taking the 762 sharp corners on the notorious mountain road to Pai… and back again! We ventured to the famous White Temple in Chiang Rai and onto the ghost town of Chiang Khong where we’re sitting right now before we embark on our two day slow boat adventure down the Mekong to Laos. Here’s our best bits…

Bangkok. 36 degrees and an absolute attack on the senses… heat, smells, noises! We got lost, got ripped off by a tuktuk and got rained on. But we did visit Jim Thompson’s House to learn how he revived the nations silk industry. Trekked up Golden Mount for some [sweaty] panoramic view over the city. And explored the epic riverfront, colourful China Town & the peaceful haven of Lumpini Park. 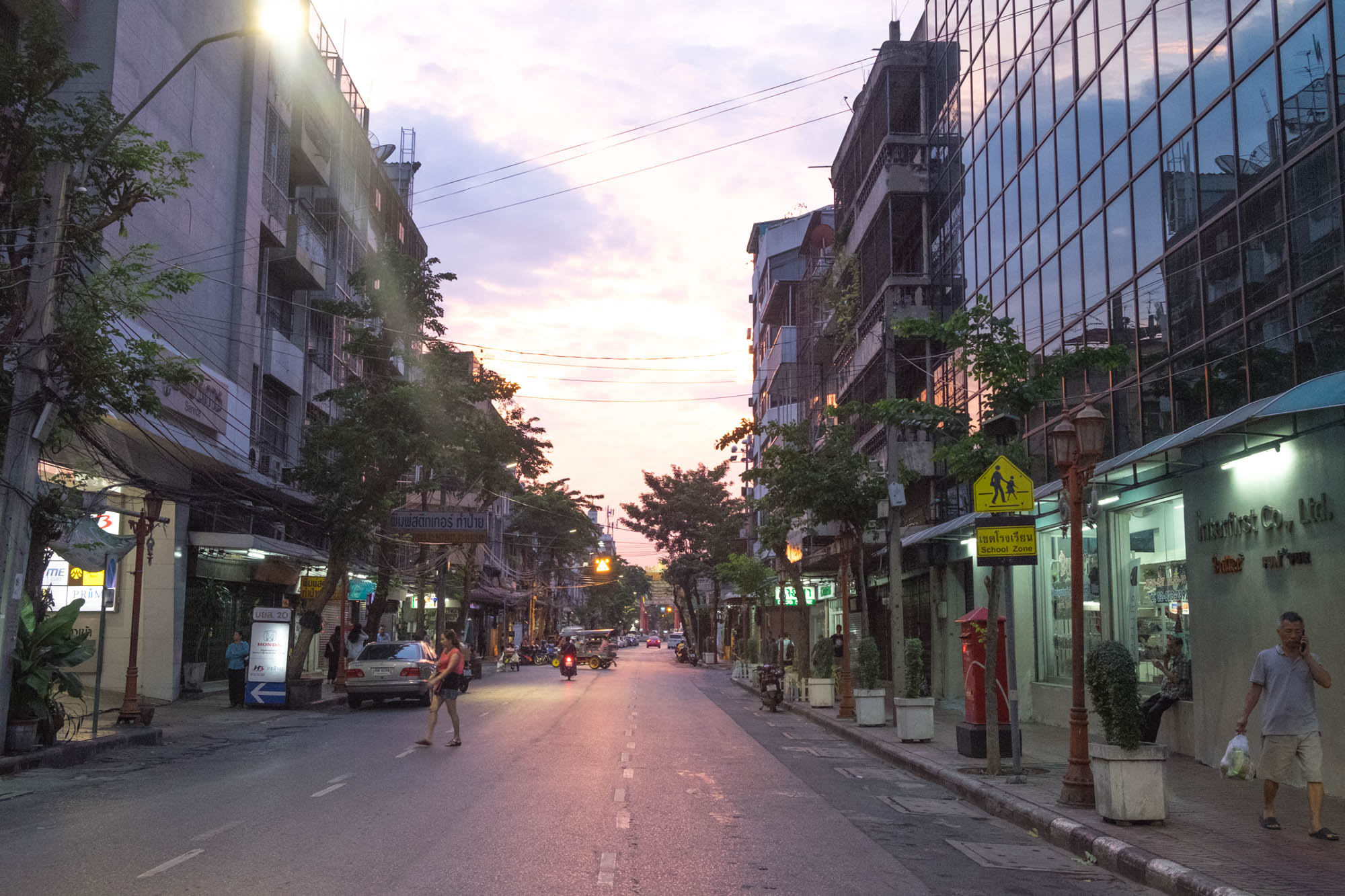 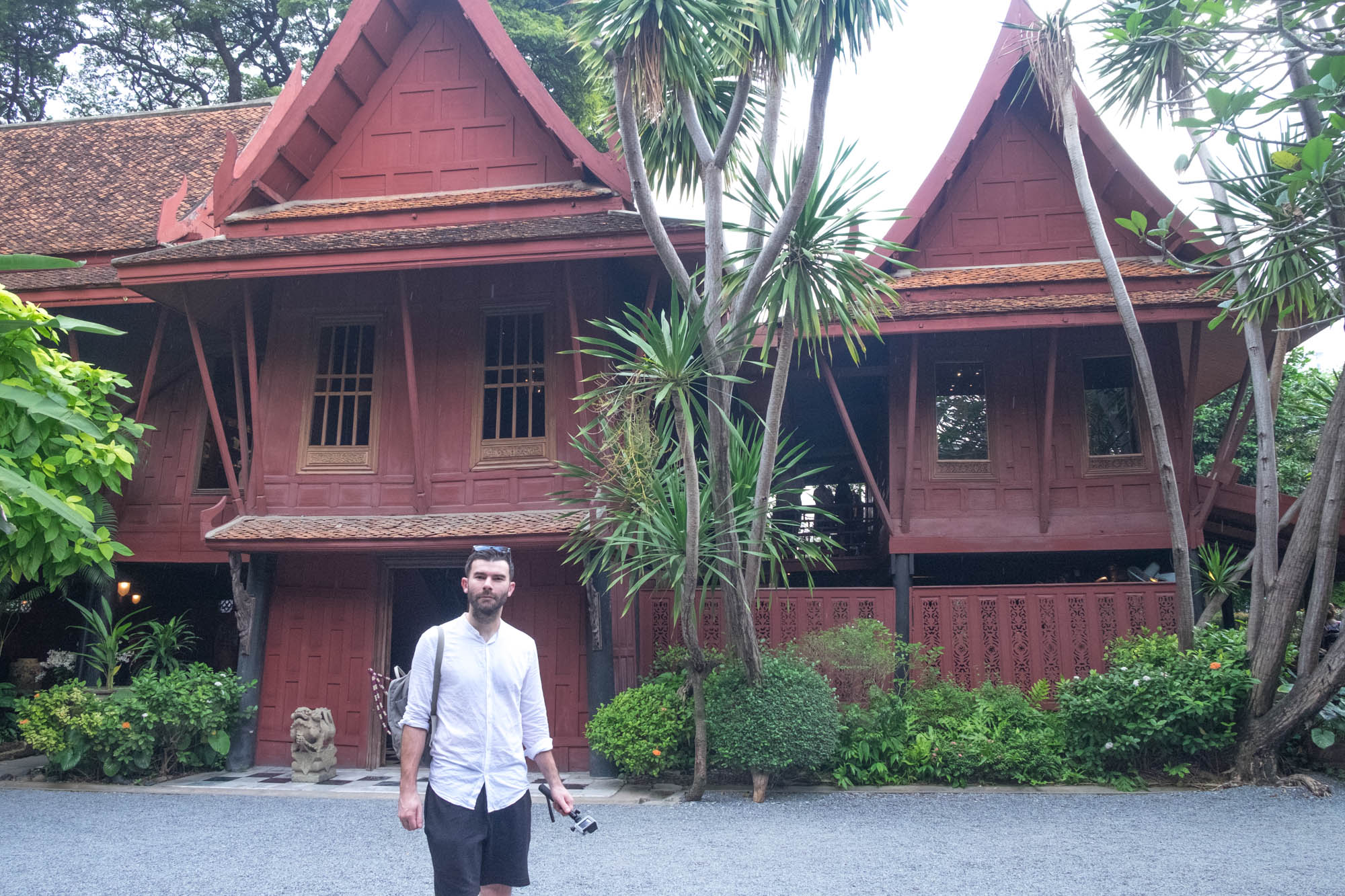 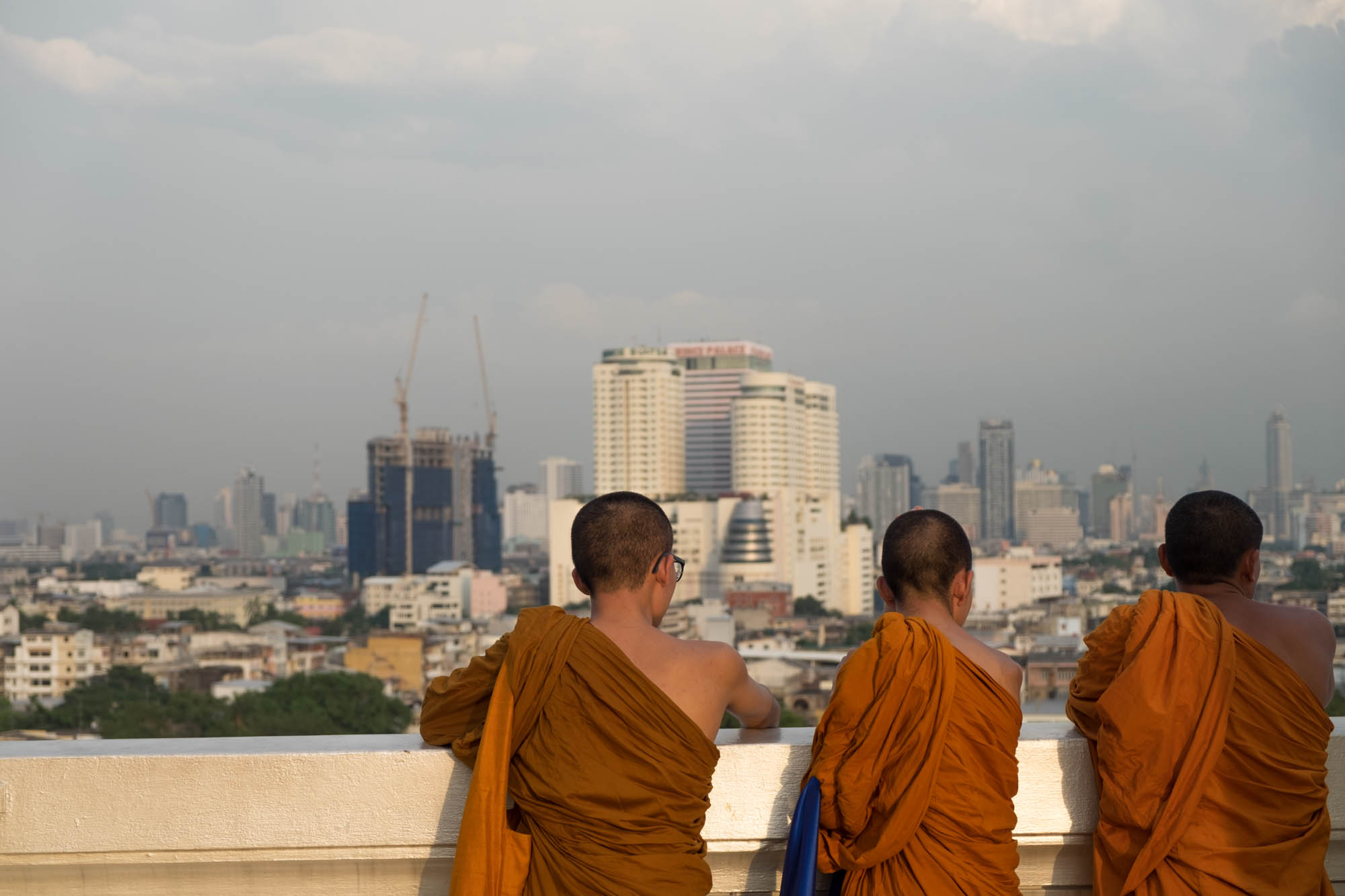 Chiang Mai. Ooh we liked it here. We stayed in the Old Town and loved strolling the back streets and absorbing local life. Our days were lazy, exploring colourful temples, eating Pad Thai, drinking many many Singha’s and meeting elephants. Everybody in Thailand is so smiley, I now know why they call it the Land of Smiles! 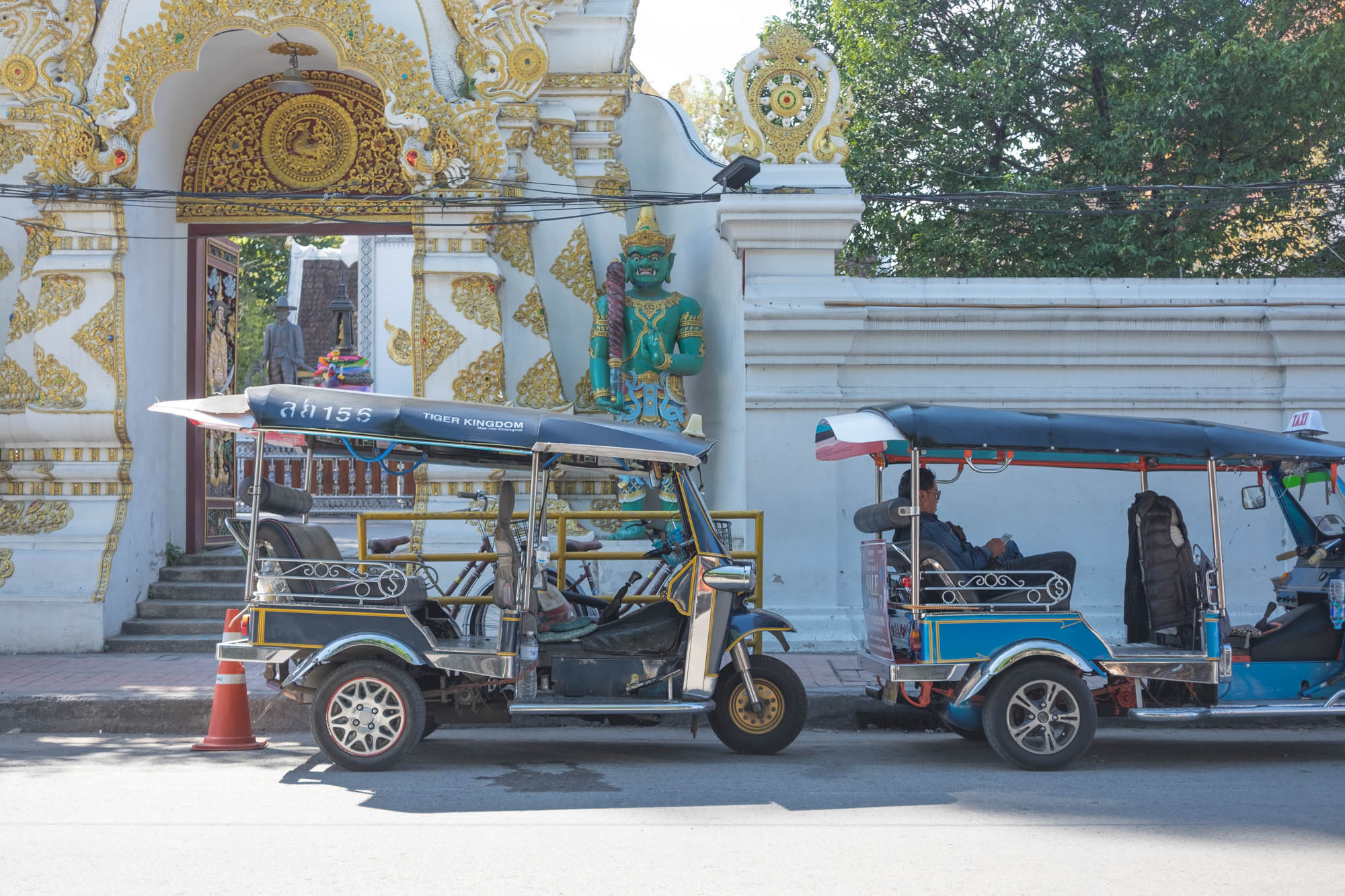 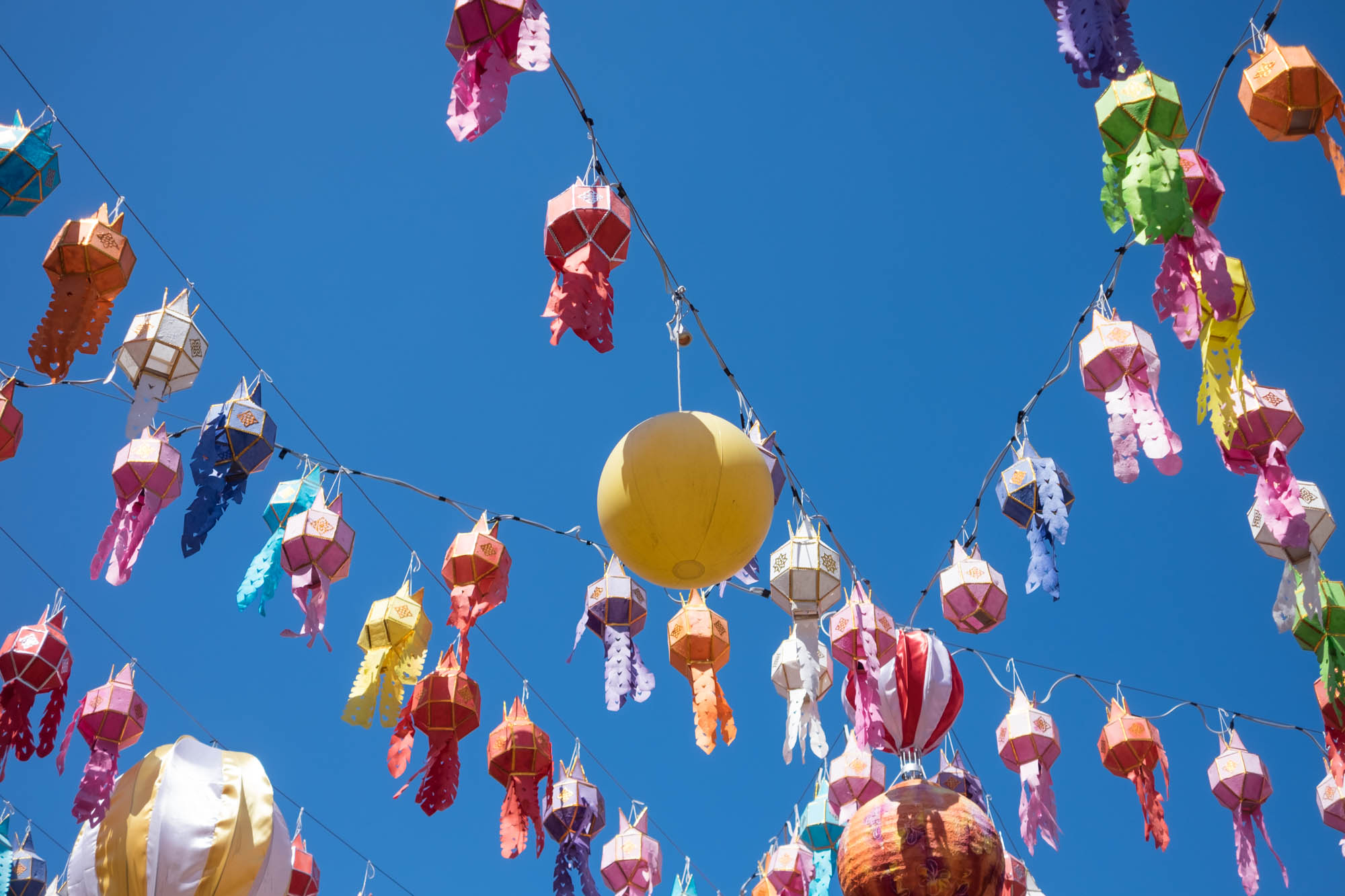 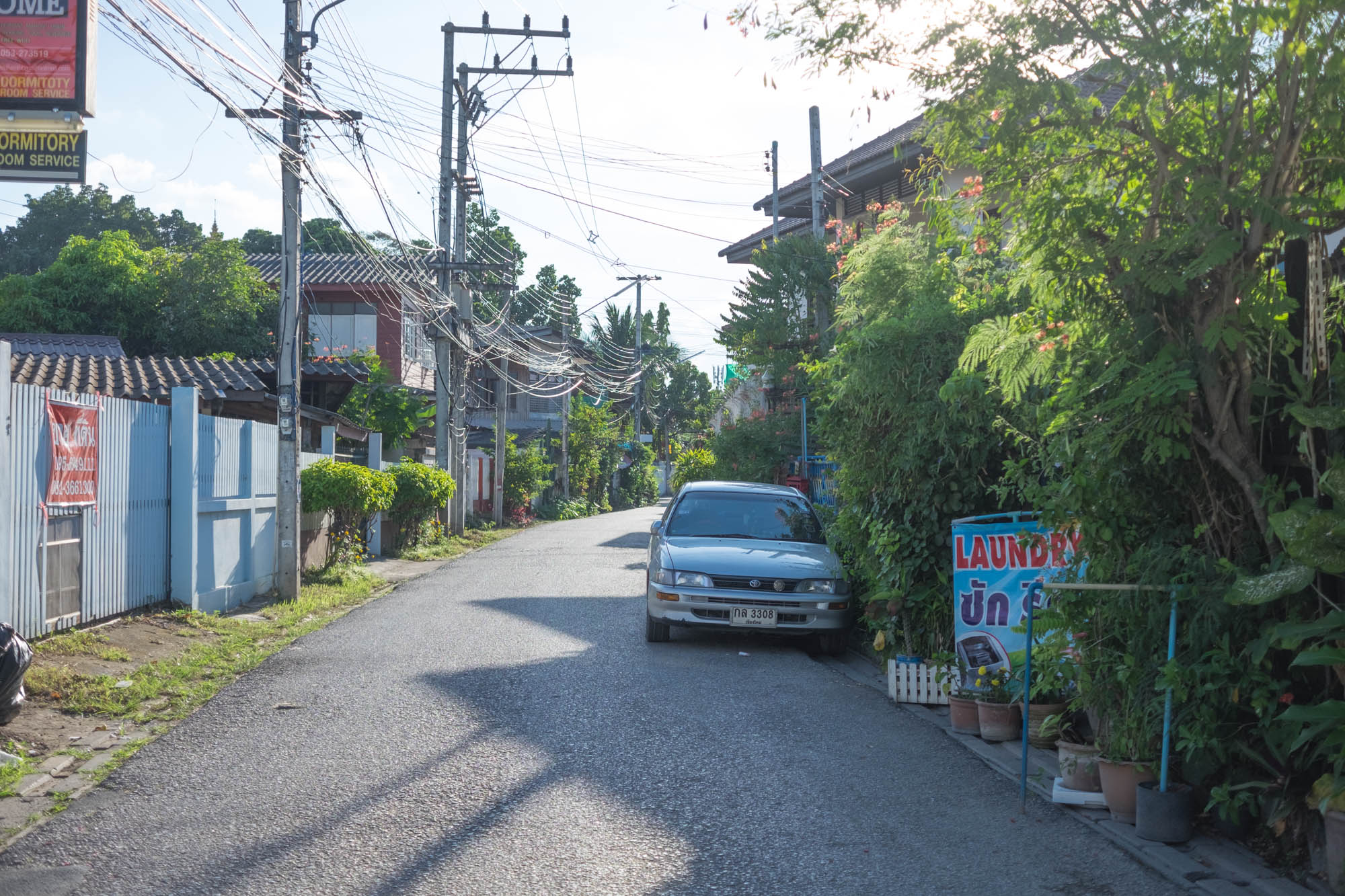 Pai. Despite being hundreds of miles away from a beach, we couldn’t help but think Pai had a beach village vibe (maybe it was the bamboo shack we stayed in). It’s a well trodden destination for backpackers and we can understand why as it’s very bohemian with its local coffee, craft markets and independent shops. Our favourite bits were exploring the countryside on scooter — climbing canyons, mountains and waterfalls. 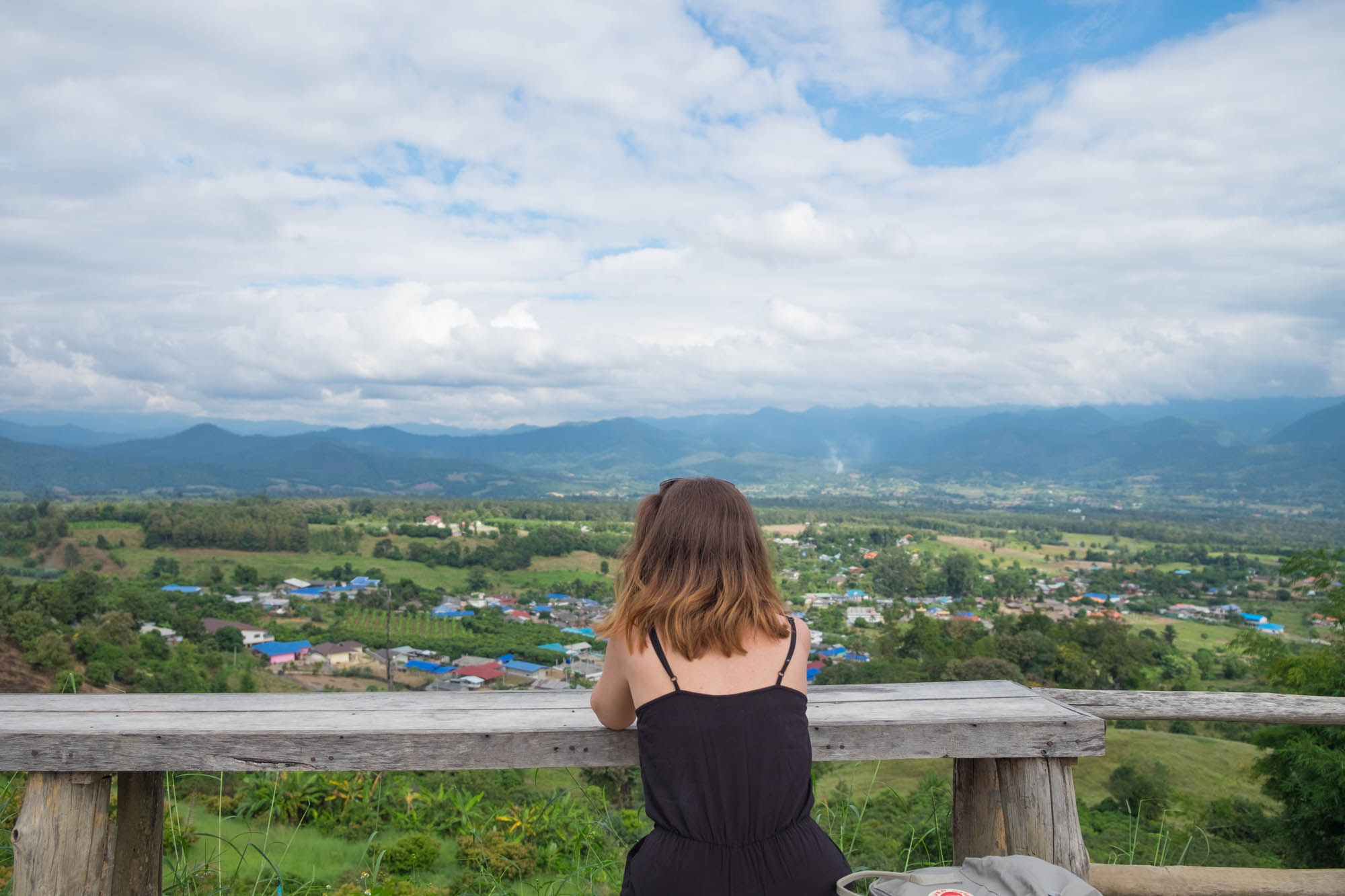 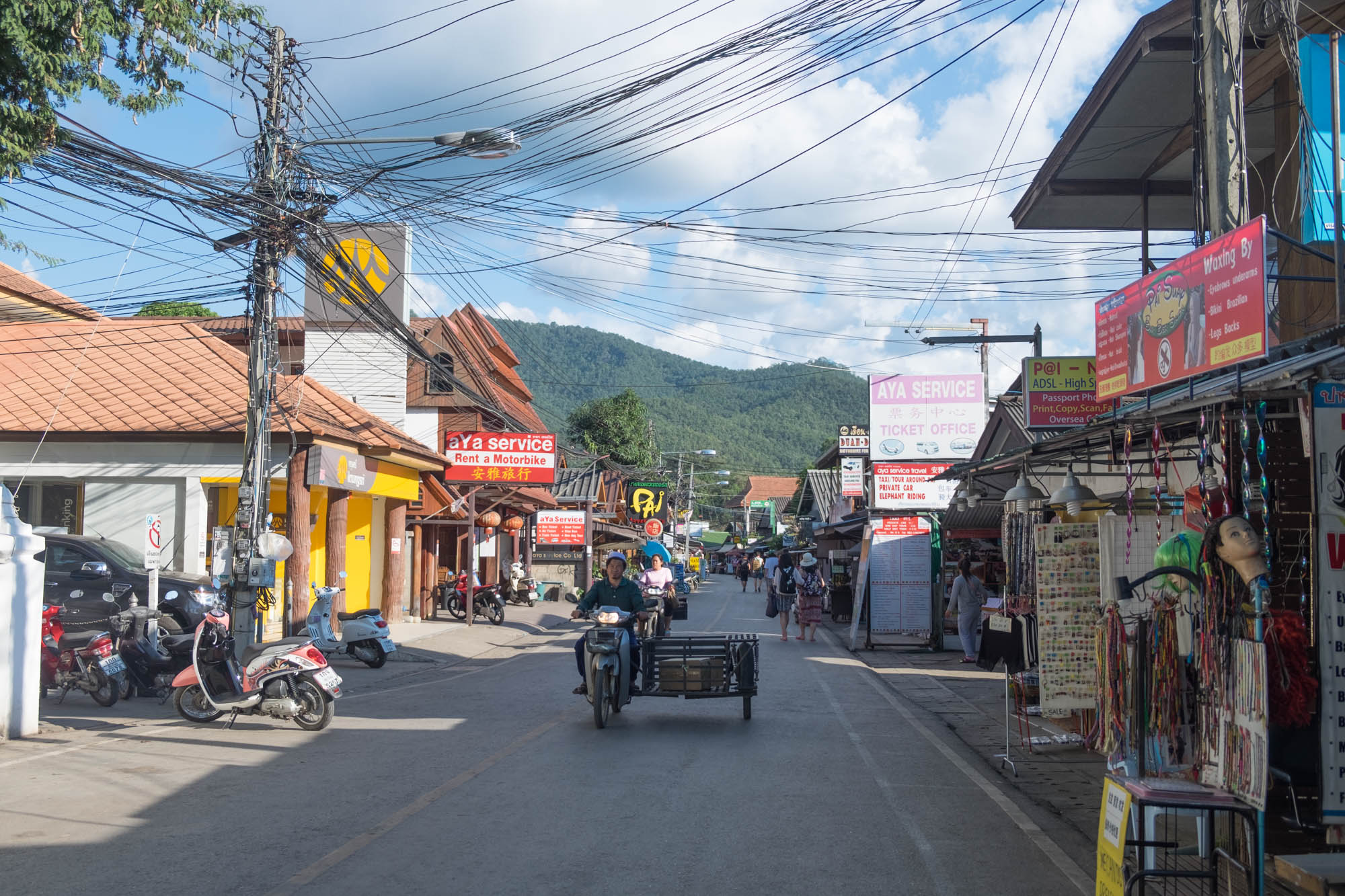 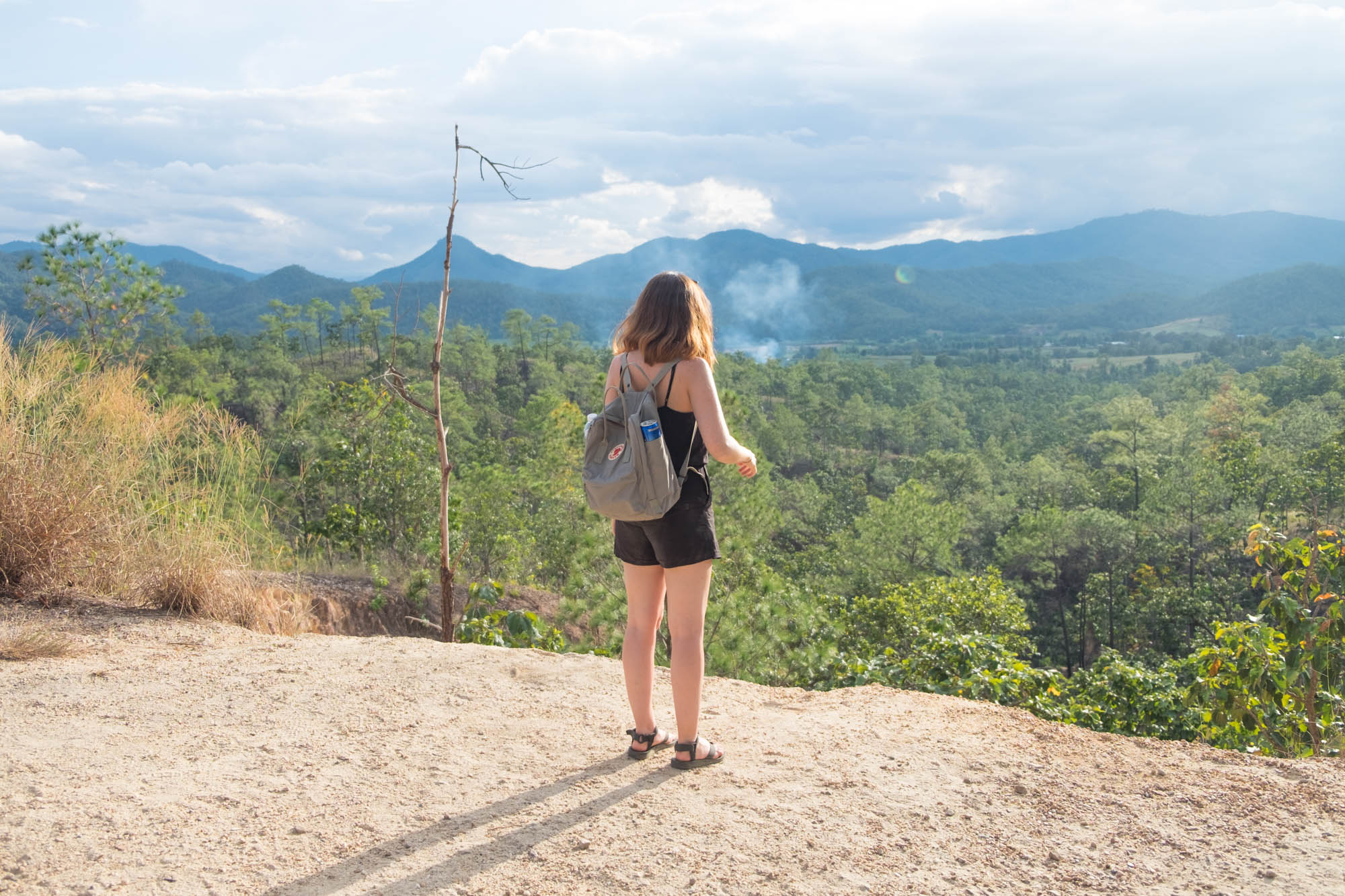 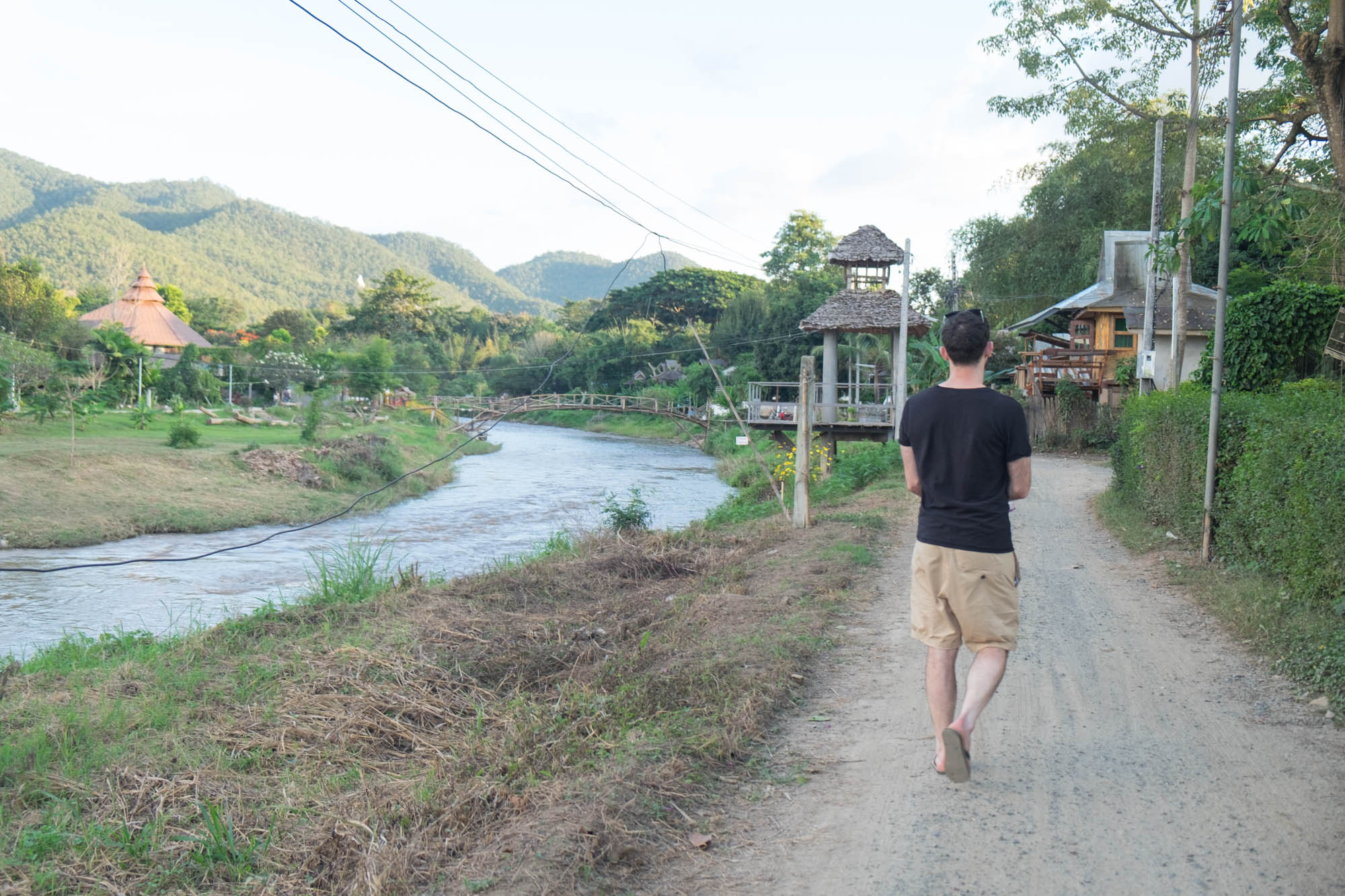 Chiang Rai. This was probably the first place we really felt like a local. I don’t think we saw more than a couple of other tourists meandering around… until we got to the White Temple then there were MILLIONS. Designed and constructed by a local artist, he rebuilt the temple after it fell into a state of disrepair. Funded with his own money, he’s had full creative freedom over the project and the murals inside feature Superman, The Matrix and Hello Kitty. Such a surreal place and so different from the other temples we’d visited. Works are ongoing and not expected to be completed until 2070. It’s like the Sagrada Famila of Asia! 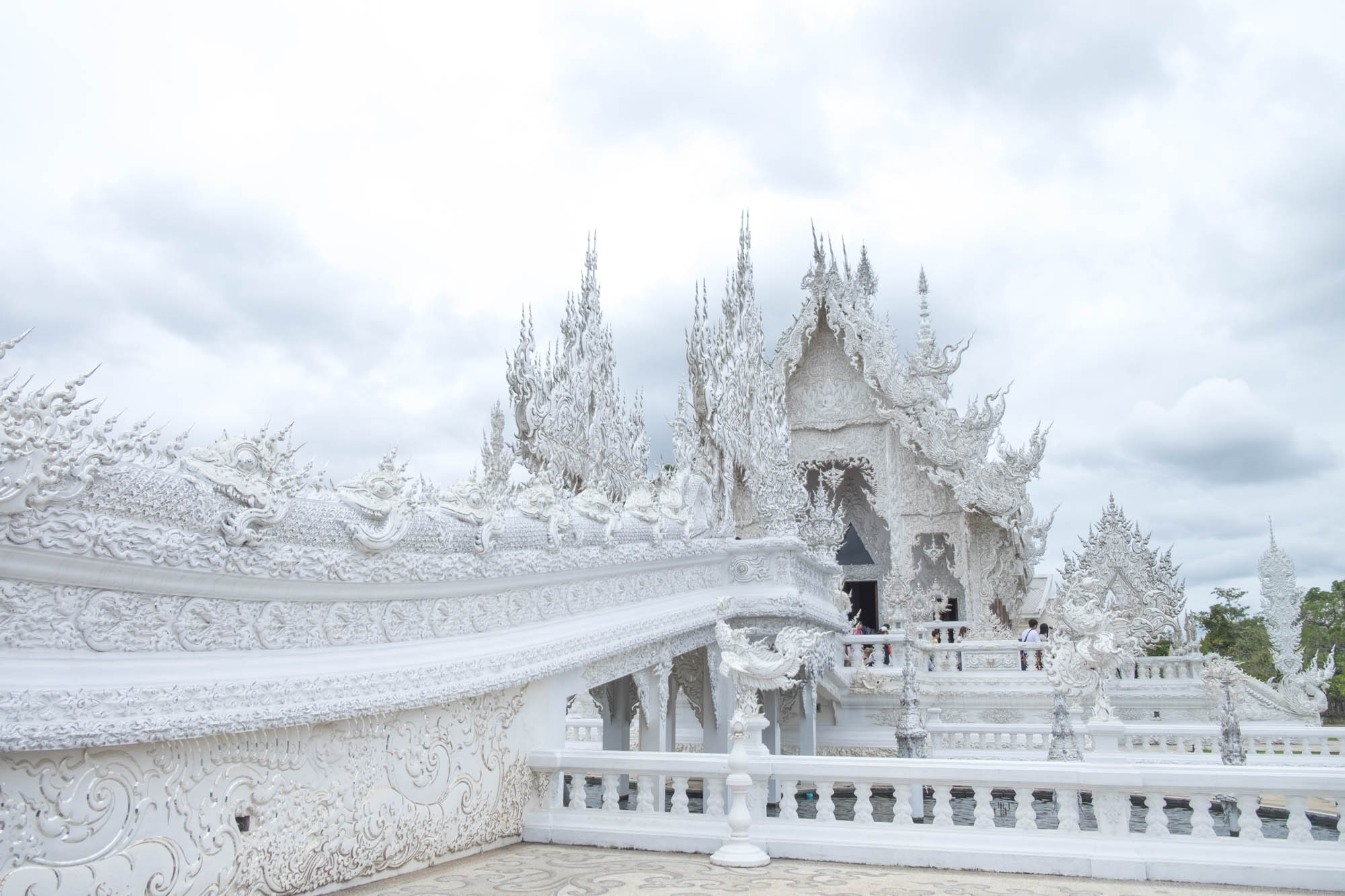 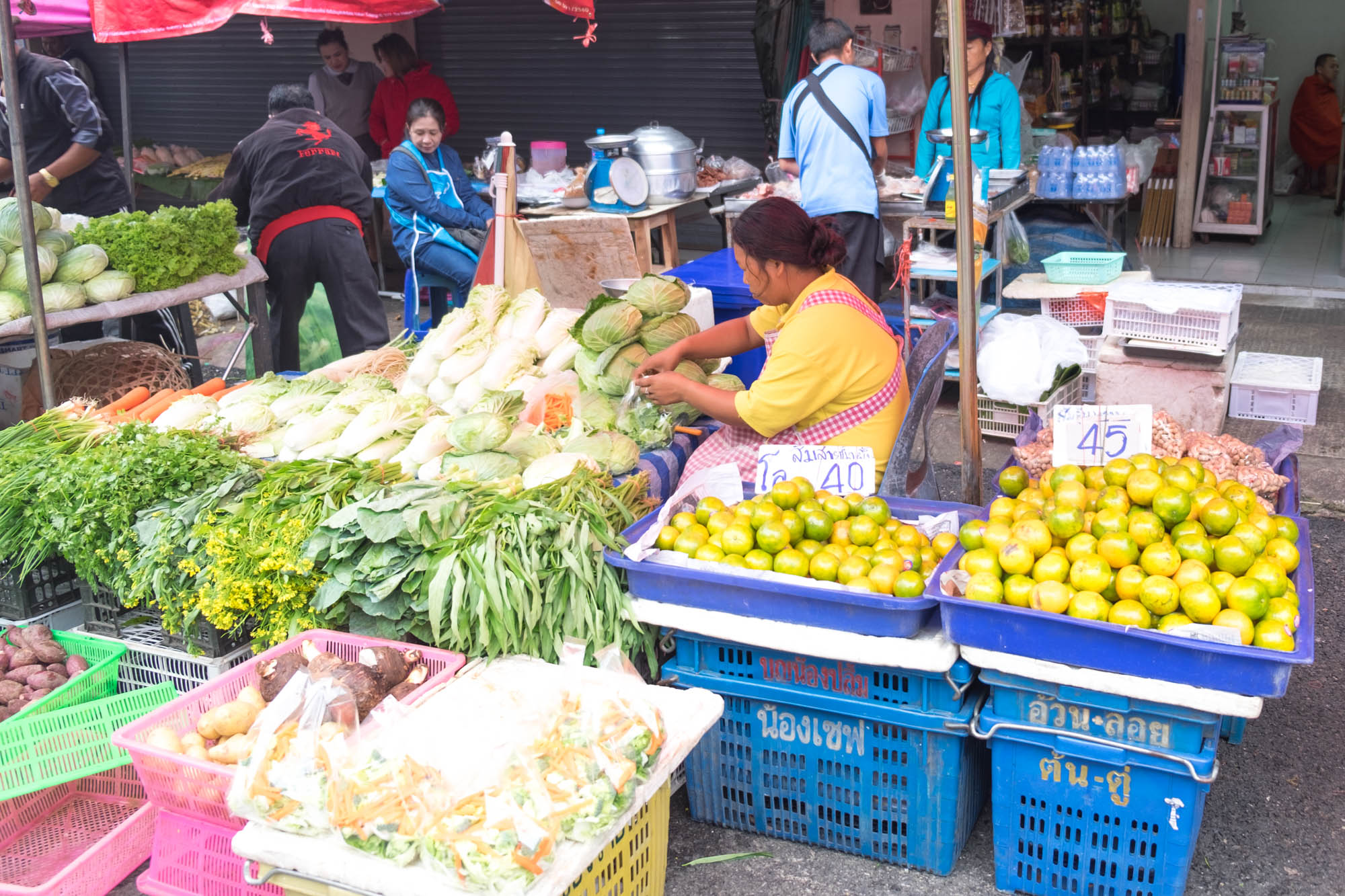 Chiang Khong. Such a quiet little town but we’re here for a night before our trip over the border tomorrow. It’s also our first sighting of the mighty Mekong! I’m excited to see what Laos has in store for us! 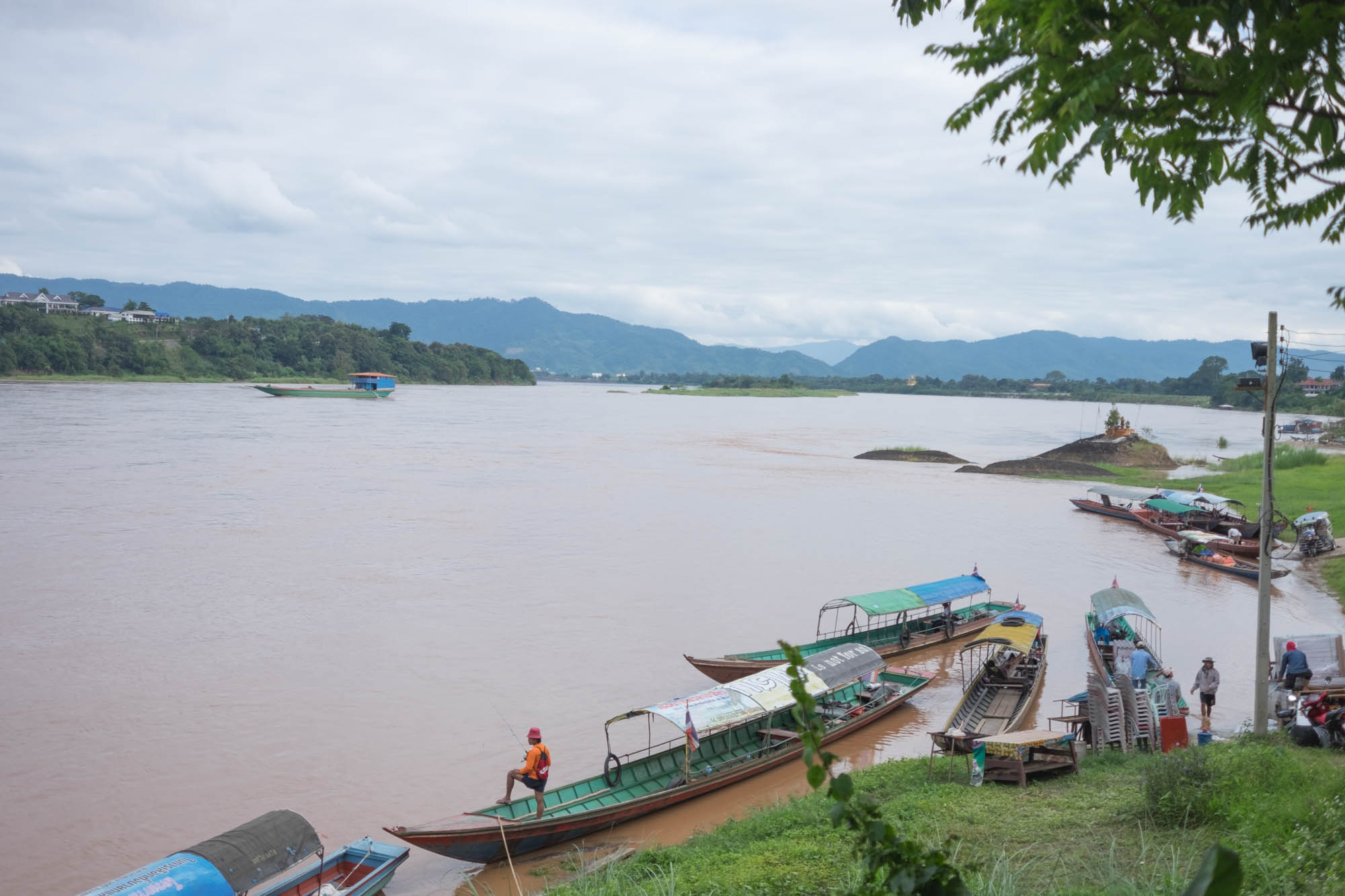 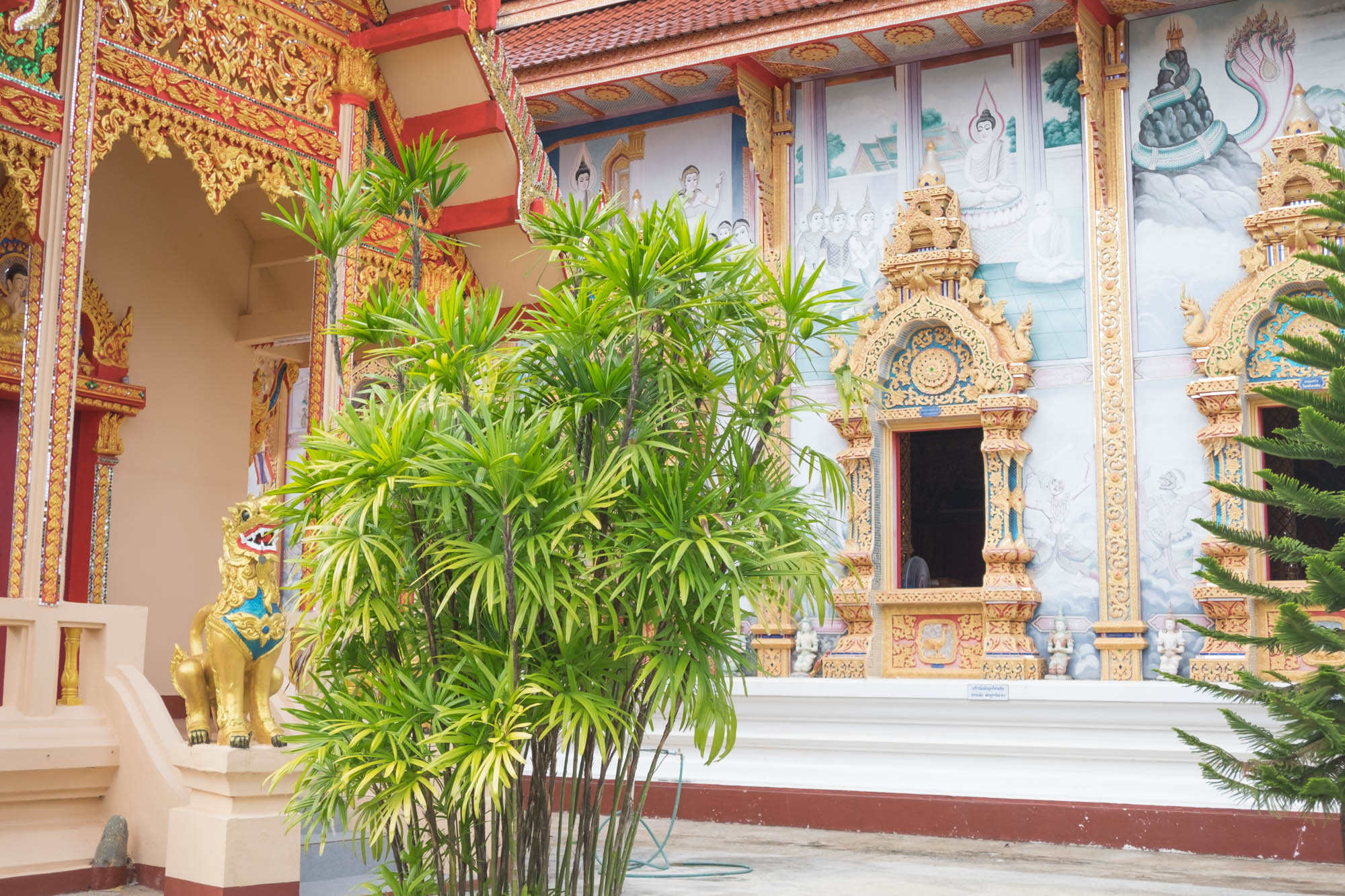 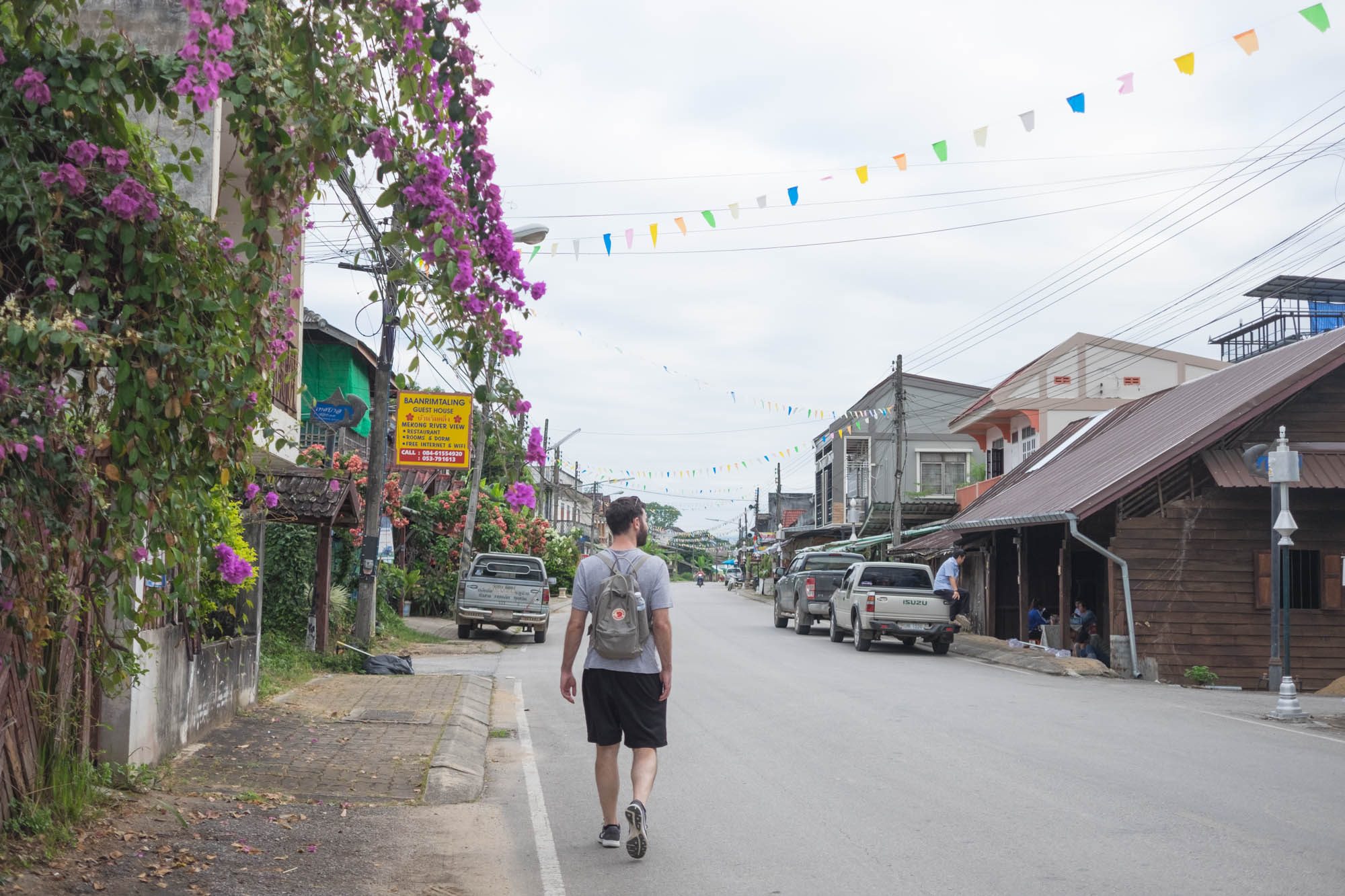 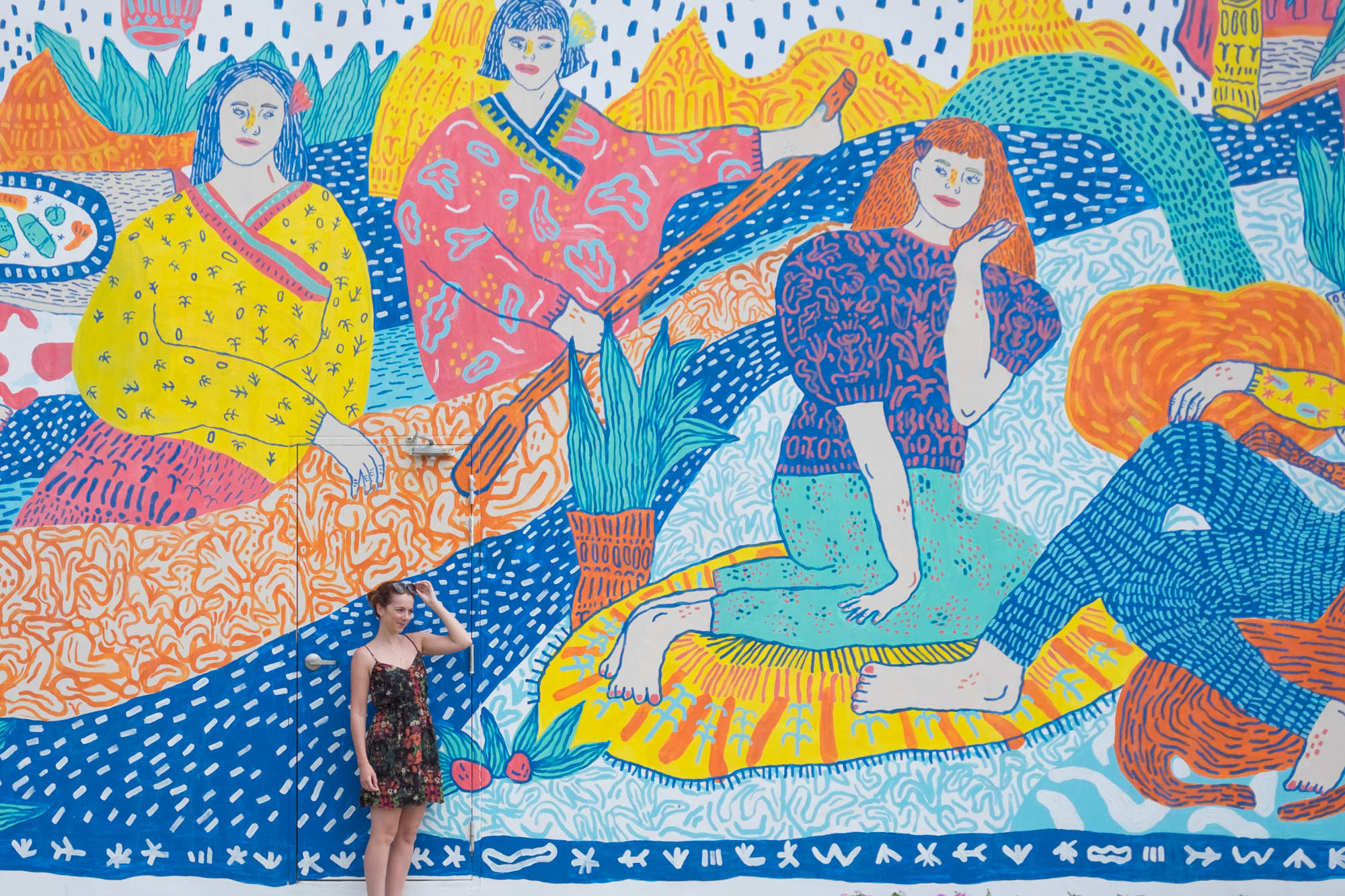